Their Democratic opponent attacked their "politics of fear." 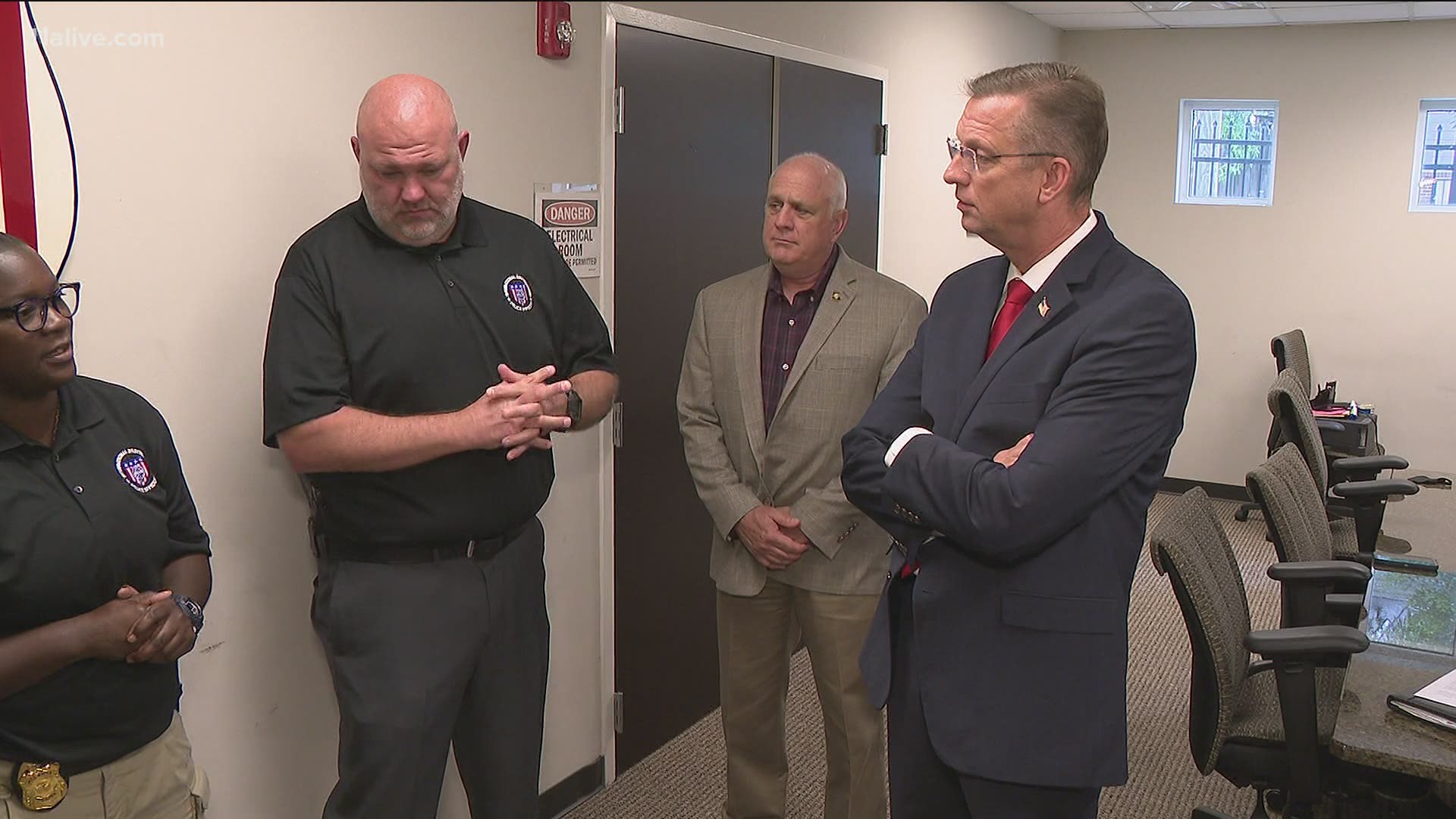 "It's scary for officers now. They’re not sure – are they gonna have a job?" one union official told Collins at the headquarters of the Atlanta local of the International Brotherhood of Police Officers.

They said the perils of their job have increased at a time when police scrutiny has peaked – as Black Lives Matter protesters have won political standing in the face of alleged systemic police misconduct.

"Black lives matter, and the anarchy that’s going on, is wrong," Collins said. "These police officers are trying to fight it. And let's take that forward and let our communities try to solve the problems they have."

Moments earlier, Collins won the endorsement of IBPO local 633 in his run for the US Senate.

Hours earlier, Sen. Loeffler announced legislation that would add penalties for people convicted of crimes related to rioting.  The two Republicans – Loeffler and Collins – are arch-rivals in the November special election for Loeffler’s US Senate seat.

"We have a real serious problem in this country. And it’s really bigger than the police," Warnock said Thursday at an event with union supporters (though none from police unions).

Warnock has been supportive of peaceful protests, and critical of what he calls "the politics of fear."

"Is that what will make us safe? I don’t think so. I’m focused on building the beloved community, and that includes the police," Warnock said, invoking a term followers of the civil rights movement will recognize – which was also fueled by protests 50 years ago.