The Republican senator announced the team for his re-election bid on Tuesday. 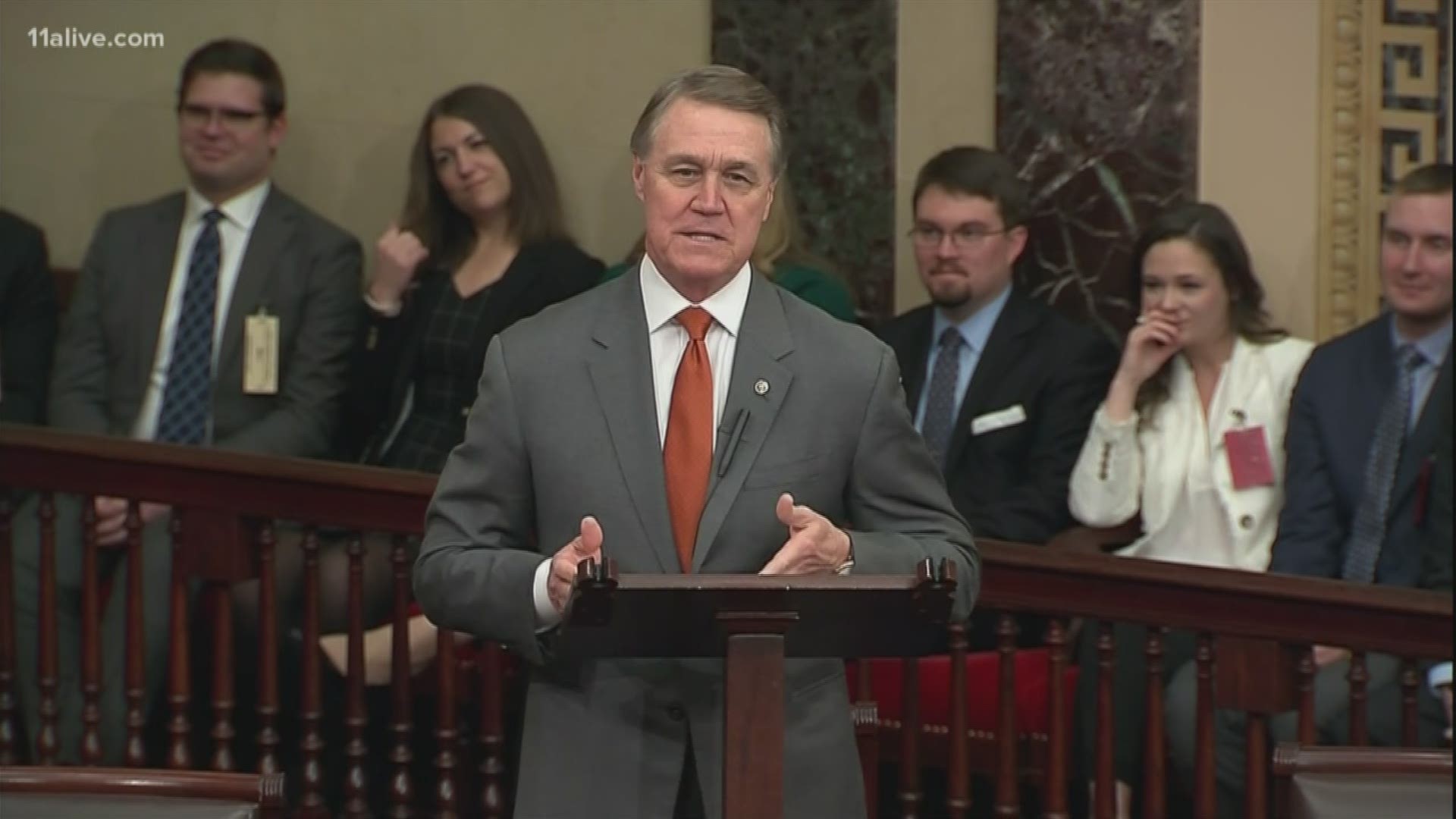 ATLANTA — Sen. David Perdue announced his campaign leadership team for his November re-election bid, largely sticking by senior operatives who helped him into the Senate in 2014.

His statewide campaign chairman will again be Republican strategist Alec Poitevint, who served in the same position six years ago. Co-chairs will include another GOP strategist, Chuck Warren, and financial executives Neal Purcell and Jimmy Blanchard. All three were part of the 2014 campaign.

Perdue also announced an extensive list for his statewide leadership committee and county chairs for all 159 Georgia counties.

"With a campaign that is well-positioned to win in November, these state and county leaders representing all 159 counties will work tirelessly to ensure David's victory in November," a release said.

"Georgians sent me to the Senate to tackle tough challenges and find solutions. Since day one, I have been focused on breaking through the gridlock and getting things done. I am forever grateful for the support of so many people from across the state who have stepped forward to join my leadership team," Perdue said in the release.

Poitevint, the campaign chair, said "this diverse leadership team is a testament to what he has already accomplished as our senator and what he will continue to do every day."