The former gubernatorial candidate is launching her effort to combat voting irregularities in Georgia and elsewhere across the nation. 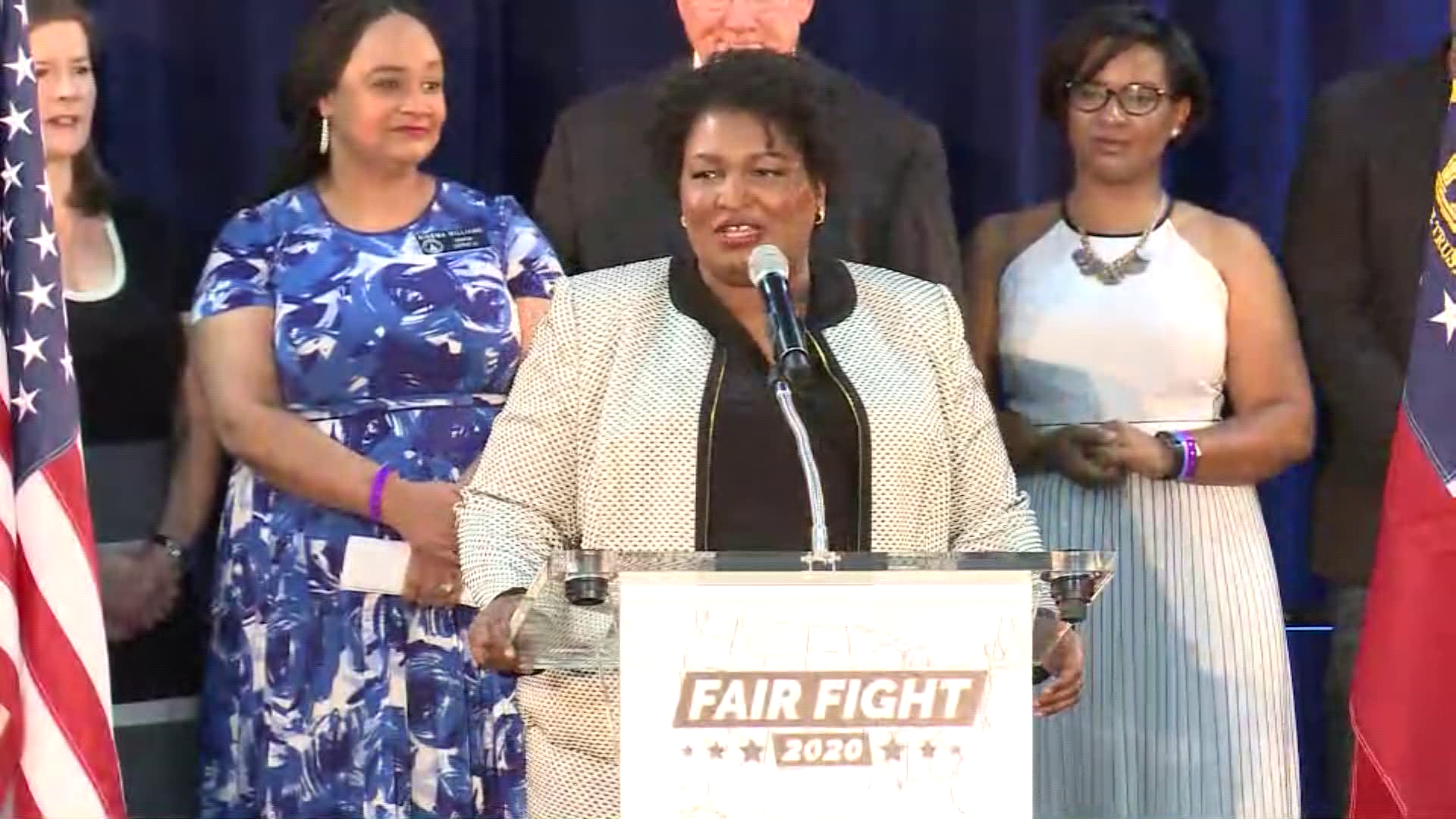 She wasn't talking about her loss to Gov. Brian Kemp in the Georgia gubernatorial race.

Stacey Abrams was talking about a county that has become one of the most diverse in the state. One that turned Democratic in 2018.

Abrams launched her Fair Fight 2020 campaign on Saturday afternoon at Annistown Elementary School in Snellville, following her announcement earlier this week that she would not be joining the race for the White House.

"On that day Nov. 6, Gwinnett proved that you are the future. But that we are still mired in a past of voter suppression. And voter intimidation. And mistakes made," she said with enthusiasm to a crowded gymnasium. "But we are going to correct those mistakes in 2020."

She said to have a fair fight in Georgia, there should be one rule for the state --  not 159.

"What we're going to do through Fair Fight 2020 is we're going to fight back. But we're fighting early. We're doing this now. We're not waiting until we have a nominee," Abrams said. "Because no matter who the Democratic nominee is - they're going to win Georgia."

Since her loss in the Georgia governor's race last year to Republican Brian Kemp, Abrams has focused on the development of Fair Fight Georgia, a political action committee geared toward the advocacy of voter rights and fair elections in the Peach State.

She, along with others, filed a lawsuit alleging serious flaws within the overall election process in the state.

In June, Abrams testified before a House Judiciary Committee in Washington to discuss voting issues.

Abrams insisted that Georgia is not the only state with problems, and vowed to use her energies and her new-found national platform for pointing out voter irregularities across the nation.

"I'm going to use my energies and my very, very loud voice to raise the money we need to train those across the country in our 20 battleground states to make sure Donald Trump and the Senate take a hike, and we put people in place who know what we need to have in the United States of America."

She has also tried to smooth tensions in the relationship between Georgia's burgeoning motion picture industry and lawmakers, which became rocky when Gov. Brian Kemp signed the controversial "heartbeat" abortion law in May.

The law effectively bans abortions once a fetal heartbeat is detected, and will take effect Jan. 1, 2020, unless blocked by court order.

Many parts of the Hollywood film industry have promised to completely boycott the state if the law's provisions take effect.

Abrams traveled to California to meet with film industry executives and other leaders in order to try to smooth tensions between the two sides, pointing out that a boycott would only hurt workers in the state.