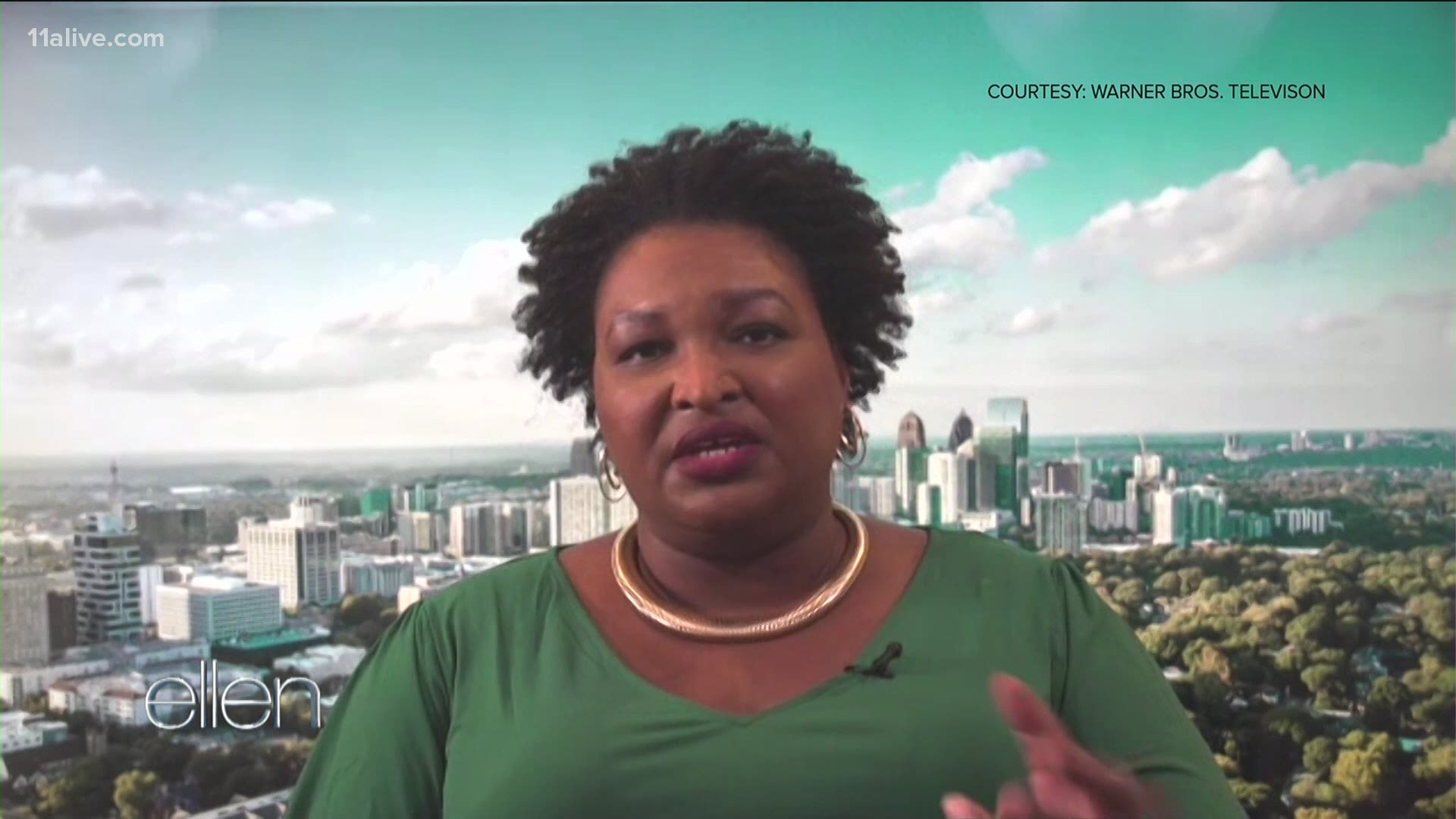 ATLANTA — Stacey Abrams, a former Georgia gubernatorial candidate who is credited for laying the groundwork to help flip Georgia from red to blue, is up for gold this year.

She earned her first Emmy nod for Outstanding Character Voice-Over Performer on the hit ABC series "Black-ish." Variety reported Abrams appeared as herself in a two-part episode that discussed politics.

In January, Abrams told 11Alive she had not made a decision about her political future. However, DeGeneres asked the former minority leader of the Georgia House of Representatives whether she plans to give the governor's seat another go in 2022. She did not give an answer.

Many of this year’s hit shows like HBO’s “Lovecraft County,” “Genius: Aretha,” “The Underground Railroad” and Marvel’s “Wandavsion” owned this year’s 73rd Primetime Emmy nominations, and they were all filmed throughout Georgia. Check out our feature here.