Abrams is running against Brian Kemp in America's most watched governor's race. 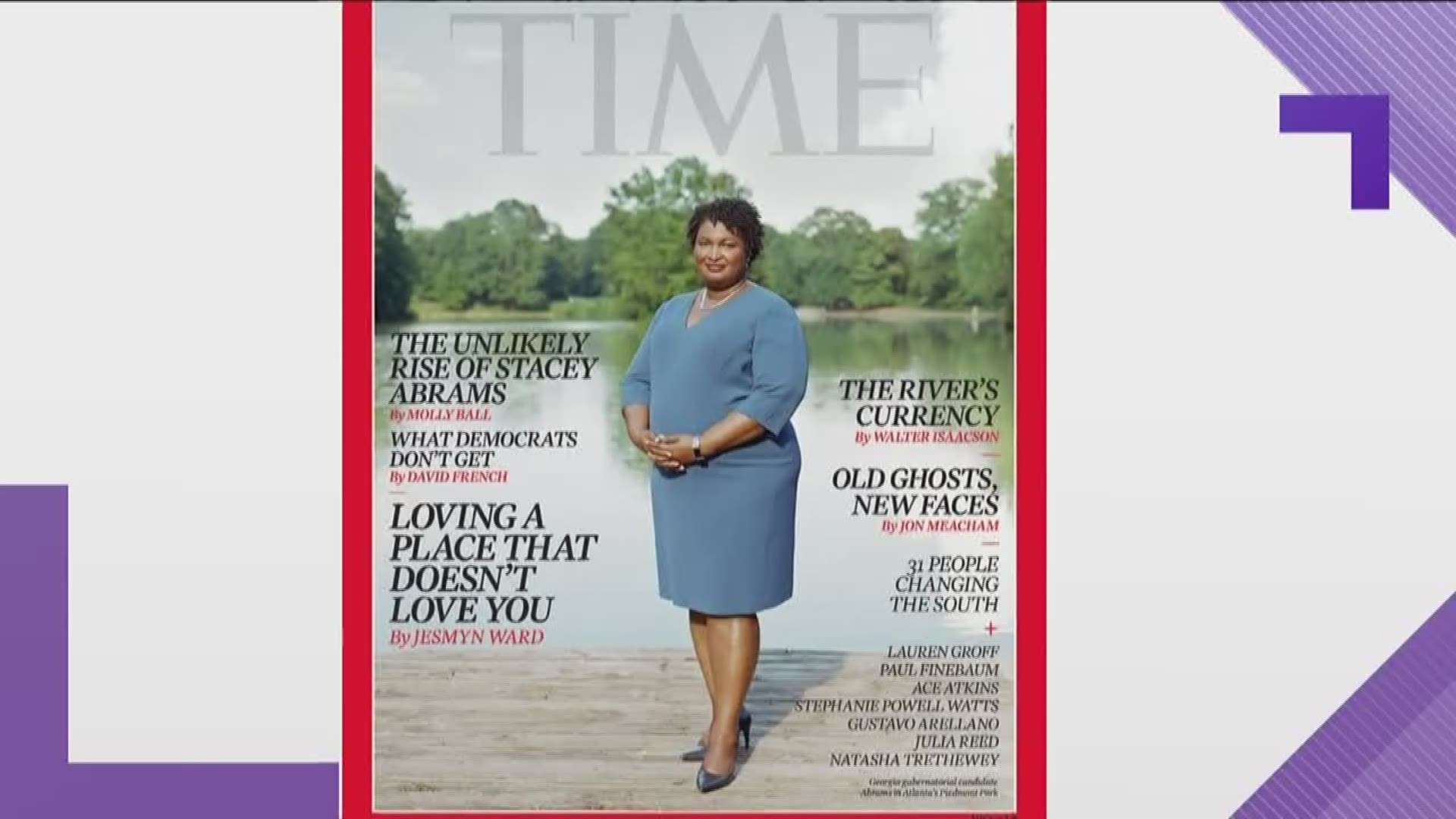 Democrat Stacey Abrams, who is seeking to make history this fall by becoming the nation's first African-American female governor, is on the cover of TIME Magazine's South issue, now on sale.TIME’s Molly Ball profiles Abrams,

"Whether she can win is another question," Ball writes. "Georgia has grown purpler as its demographics shift, and November could bring a national Democratic wave driven by women and people of color…. In a red state that hasn’t elected a Democratic governor in two decades, Abrams remains an underdog….

"On the other hand, if she can pull it off, the implications would be profound, not just for Georgia but for the rest of the South and potentially the nation …. Abrams’ campaign is built on the proposition that a compelling candidate can get elected in the South with a progressive message that attracts liberal whites and minorities to the polls in greater numbers. If she’s right, Abrams could show the wilderness-wandering Democrats a new way.”

This week’s issue of TIME features more than a dozen pieces by writers from the region, including John Meacham on the changing South; Jesmyn Ward on returning to Mississippi with mixed feelings; David French on southern politics; Walter Issacson on the Mississippi River; plus Lauren Groff, Ace Atkins, Julia Reed, and more. TIME said the issue examines the many ways the South is changing politically and culturally.

“My campaign argues that Georgia is different now, but it’s hard for people to believe that change happens," Abrams told TIME. "It’s human nature - you don’t notice change when it’s gradual. The change in Georgia has been gradual but meaningful. My campaign seeks to harness it, but I’m asking people to not believe their eyes, not believe their memories.”

Full coverage of the nation's most watched governor's race.

Abrams' opponent this fall, Secretary of State Brian Kemp, won a solid victory in his GOP runoff against Lt. Gov. Casey Cagle. Kemp and Abrams have been political enemies since 2014, when Kemp launched an investigation into Abrams' New Georgia Project, an ambitious endeavor designed to register minority voters.