The former candidate for the seat of Georgia's governor said she has a road map to success for other candidates ahead of 2020. 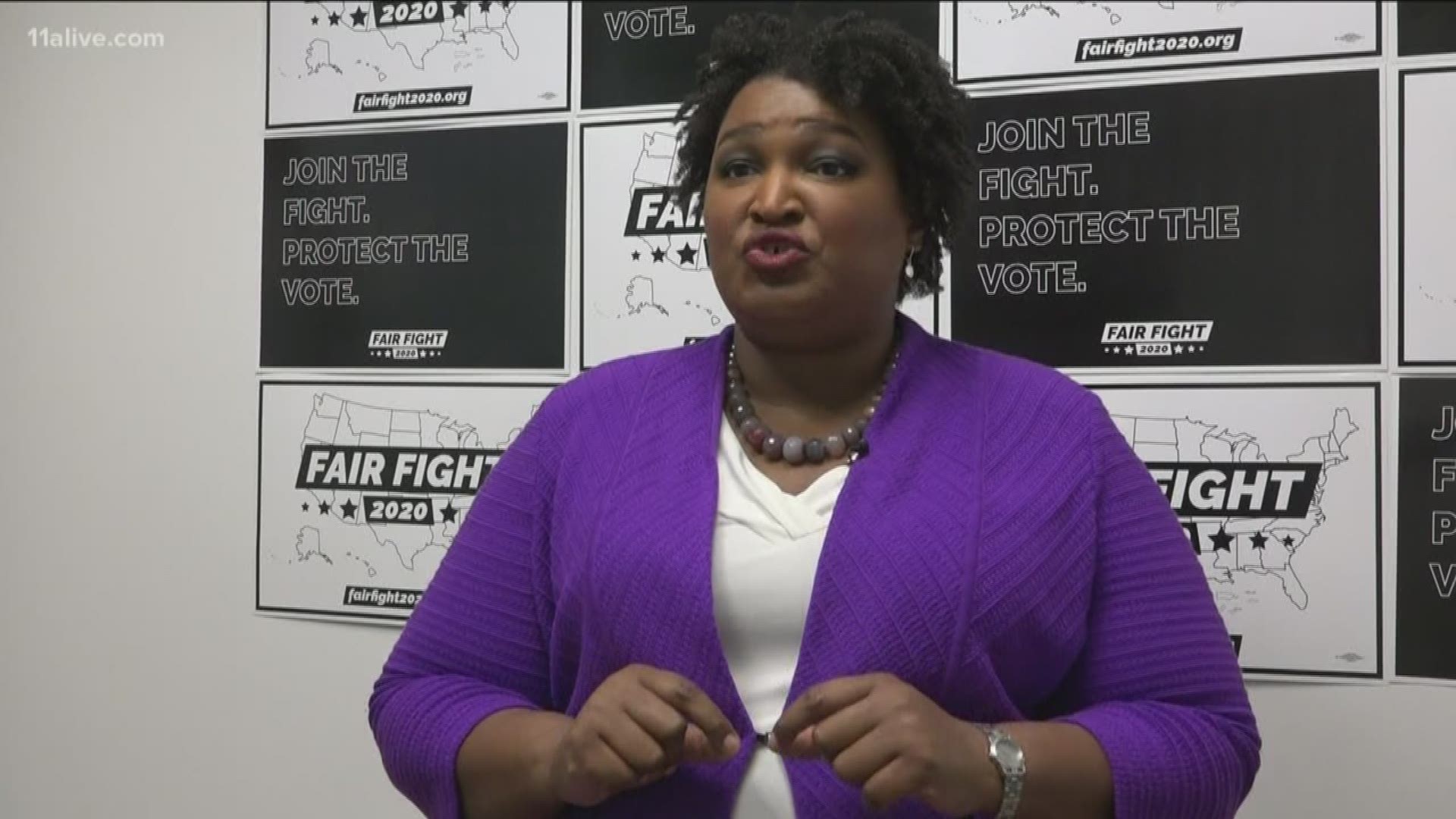 ATLANTA — Stacey Abrams believes the Democrats will flip Georgia in the 2020 election - and she thinks she knows how to make it happen.

The former gubernatorial candidate recently released a playbook laying out a path to Democratic victory in the Peach State - and then across the country.

Abrams told 11Alive she believes Georgia could and should be a major battleground state in the upcoming election. There are two U.S. Senate seats and what Abrams called "hotly-contested" Congressional seats at stake. And, if the Democrats win those races, it could help change the political structure on Capitol Hill.

11Alive's Natisha Lance sat down with Abrams on Wednesday to find out why she thinks she has the winning plan.

"This state is entirely likely to flip," she said. "But what I want to ensure is that this is not a could-have. It is going to be a will-do."

Since narrowly losing the governor's race in 2018, she has been hard at work pushing for reform and for Democratic wins all the way up to the White House.

Abrams came closer to clinching the governorship than any other Democratic gubernatorial candidate. Historically, the votes are within 200,000. Abrams was separated from Kemp by 50,000.

"Georgia is not only a purple state, it is a deeply competitive state and has been for a couple of cycles," Abrams said. "What my campaign demonstrated in 2018 is the ability to accelerate the cycle."

Now, she's sharing her plan as a type of political playbook.

"Building a strong and multi-racial, multi-ethnic coalition with historic turnout levels ... put the Abrams for Governor campaign on the doorstep of statewide victory and puts Democrats in a strong position to break down the door in 2020," she wrote.

Abrams said the keys are spending money - tens of millions - and convincing voters to show up.

"What we want to do is take advantage of the 1.7 million people who aren't voting - who are also likely to be Democratic voters," she said.

But Republicans could respond too, especially with a well-laid-out strategic road map from the other side. So why would Abrams make this public?

"We received requests from presidential candidates, from allies across the country, who wanted to know what we did and how we did it," she said. "But most importantly, they wanted to know was it possible to replicate it."

11Alive reached out to Governor Kemp's office to get his reaction to the playbook Abrams described. We have not yet received a response.