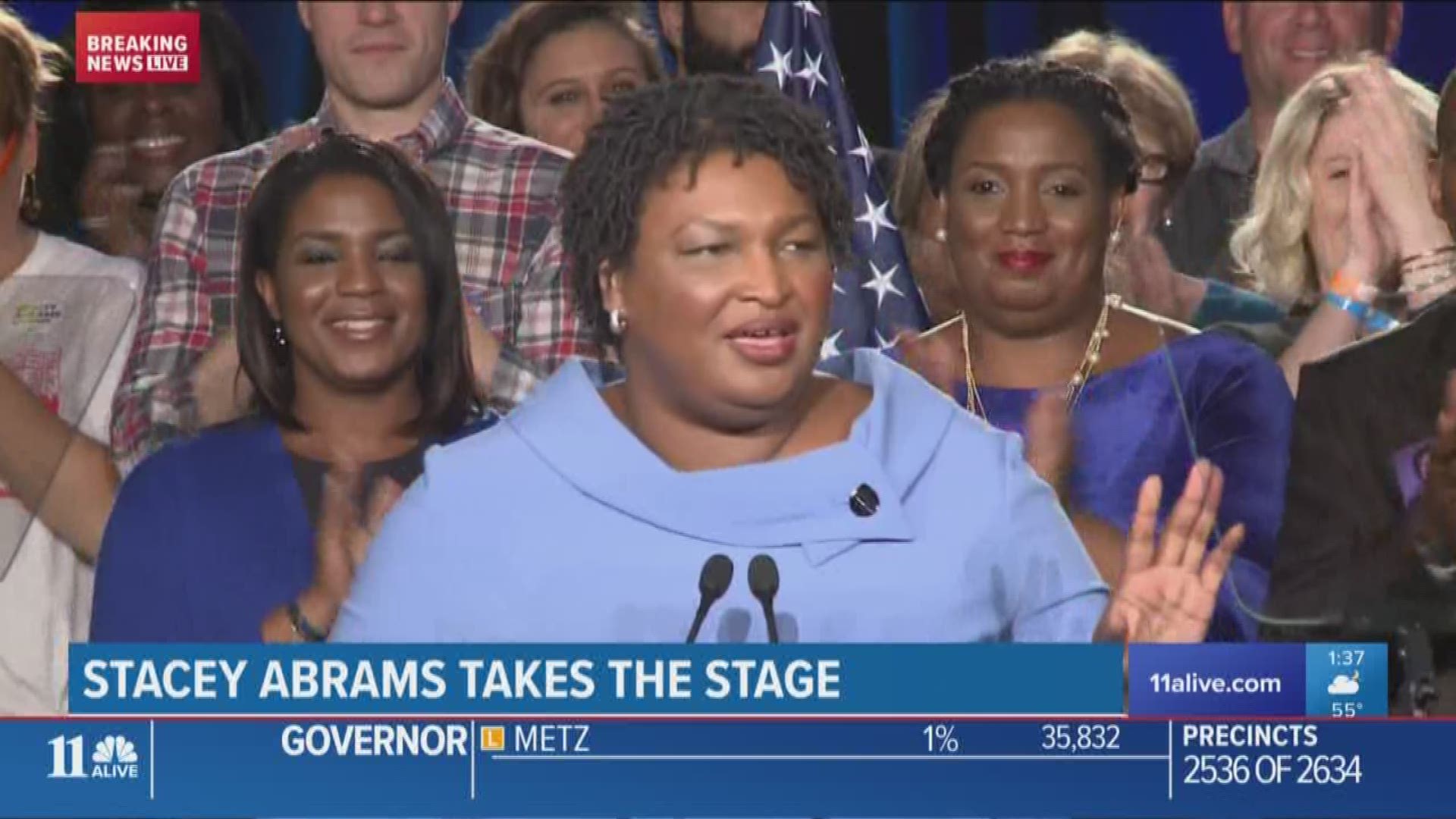 ATLANTA — In a race that was too close to call on election night, Stacey Abrams is standing strong.

The democratic candidate for Georgia's governor is trailing behind Secretary of State Brian Kemp 48 to 51 percent in initial election results.

Just after 1:00 a.m. Wednesday morning, Abrams addressed a packed watch party and thanked them for the hard work during the election. When she walked out, the crowd chanted "Stacey, Stacey, Stacey!"

"Hard work is in our bones and we have proven this every single day," she said to her supporters.

Since the race is so close, Abrams declared that every vote will be counted.

"Georgia is just within reach, but we cannot seize it until all voices are heard and I promise you tonight, we're going to make sure that every vote is counted," Abrams said to applause.