Georgia's former Democratic gubernatorial candidate spoke to a House panel in Washington about the effects of changes to the Voting Rights Act. 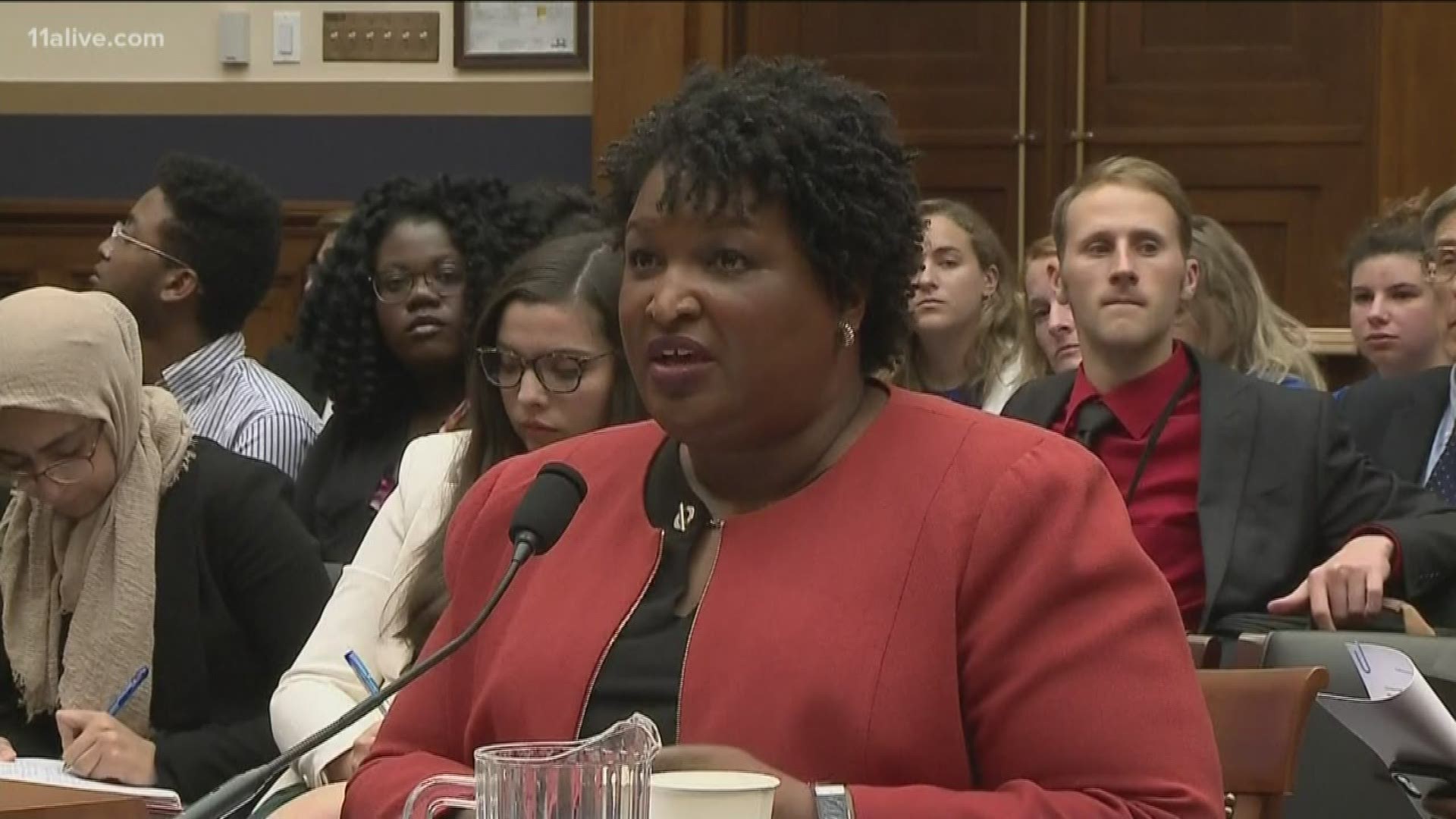 WASHINGTON — Former Georgia gubernatorial candidate Stacey Abrams testified in Washington before the House Judiciary Tuesday on what she says are unfair voting practices.

The House committee was holding a hearing regarding a 2013 Shelby County v. Holder US Supreme Court ruling. That changed a portion of the Voting Rights Act of 1965.

The Voting Rights Act required some states and governments to get federal clearance before changing any voting laws or practices. The 2013 case overruled that.

Abrams and other civil rights activists claim that this made it easier for some jurisdictions to deny people - especially minorities - the right to vote in those communities.

"Among the states, Georgia has been one of the most aggressive in leveraging the lack of federal oversight to use both law and policy to target voters of color," Abrams said during her testimony. (Listen to her full five-minute testimony here)

Abrams went on to say that Georgia's voter roll purges and its inability to process voter registrations kept citizens from voting in last fall's gubernatorial election.