Stacey Abrams to deliver Democratic response to State of the Union 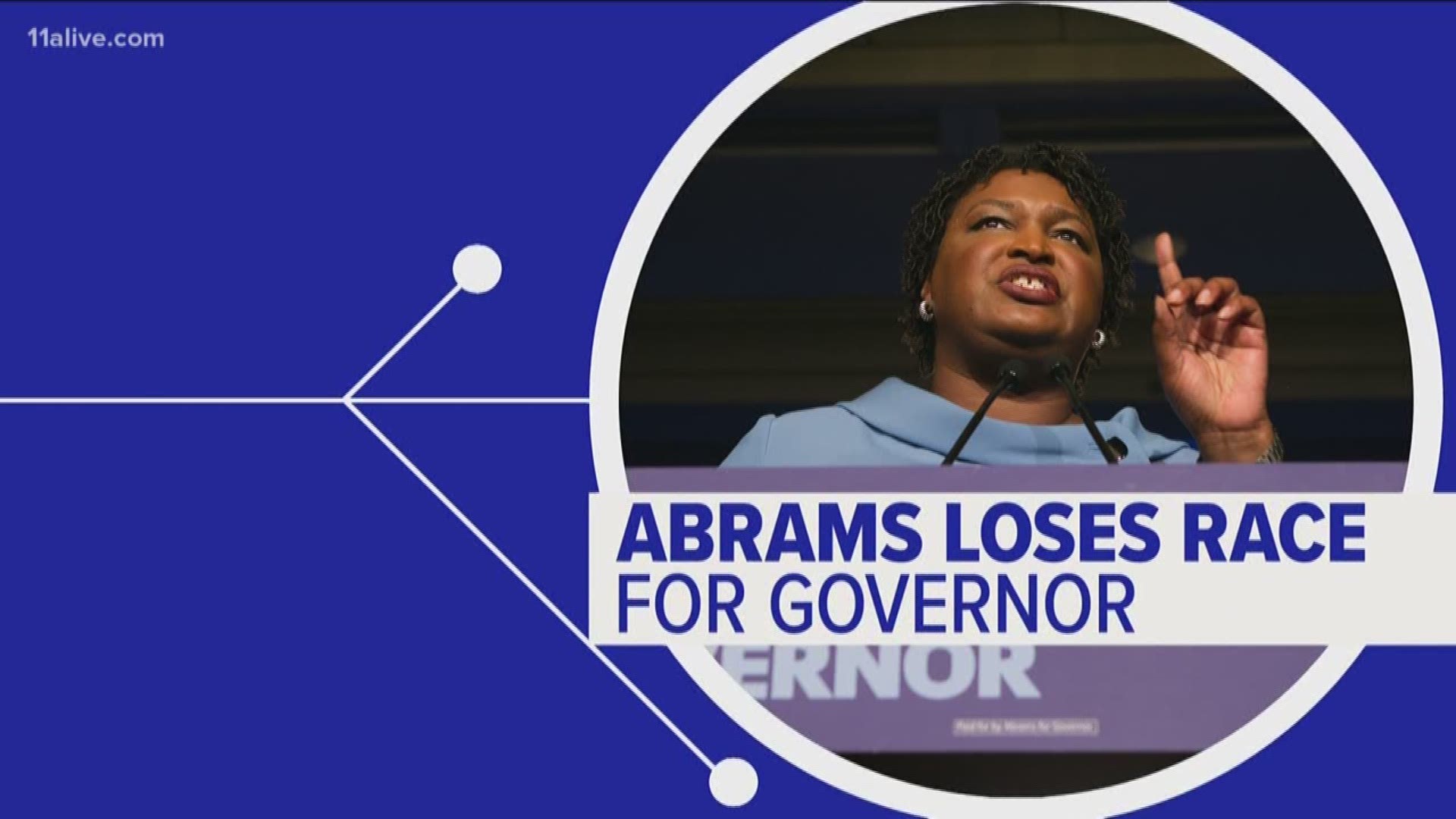 The State of the Union has been rescheduled to next Tuesday night, Feb. 5, after the end of the partial federal shutdown.

The original date for the State of the Union was this Tuesday, but after a bit of political theater between President Donald Trump and House Speaker Nancy Pelosi, the date was postponed until the end of the federal shutdown could be negotiated.

In the months following her gubernatorial election battle against Brian Kemp for the governor's office in Georgia, Abrams has not been idle.

After the election, she initially promised to shift her focus to ensuring fair elections in the state of Georgia, which has provided the focus of her political action committee, Fair Fight Action.

By being tapped to present the Democratic response to President Trump's State of the Union speech next Tuesday night, the national visibility will further fuel speculation that Abrams is angling to run for the US Senate seat presently occupied by US Senator David Perdue. That seat will be up for grabs in 2020.

In the early part of January, Abrams visited Washington to meet with Senate Democrats. She reportedly spent time with Schumer and Sen. Catherine Cortez Masto (D-Nev.), chair of the Democratic Senatorial Campaign Committee. 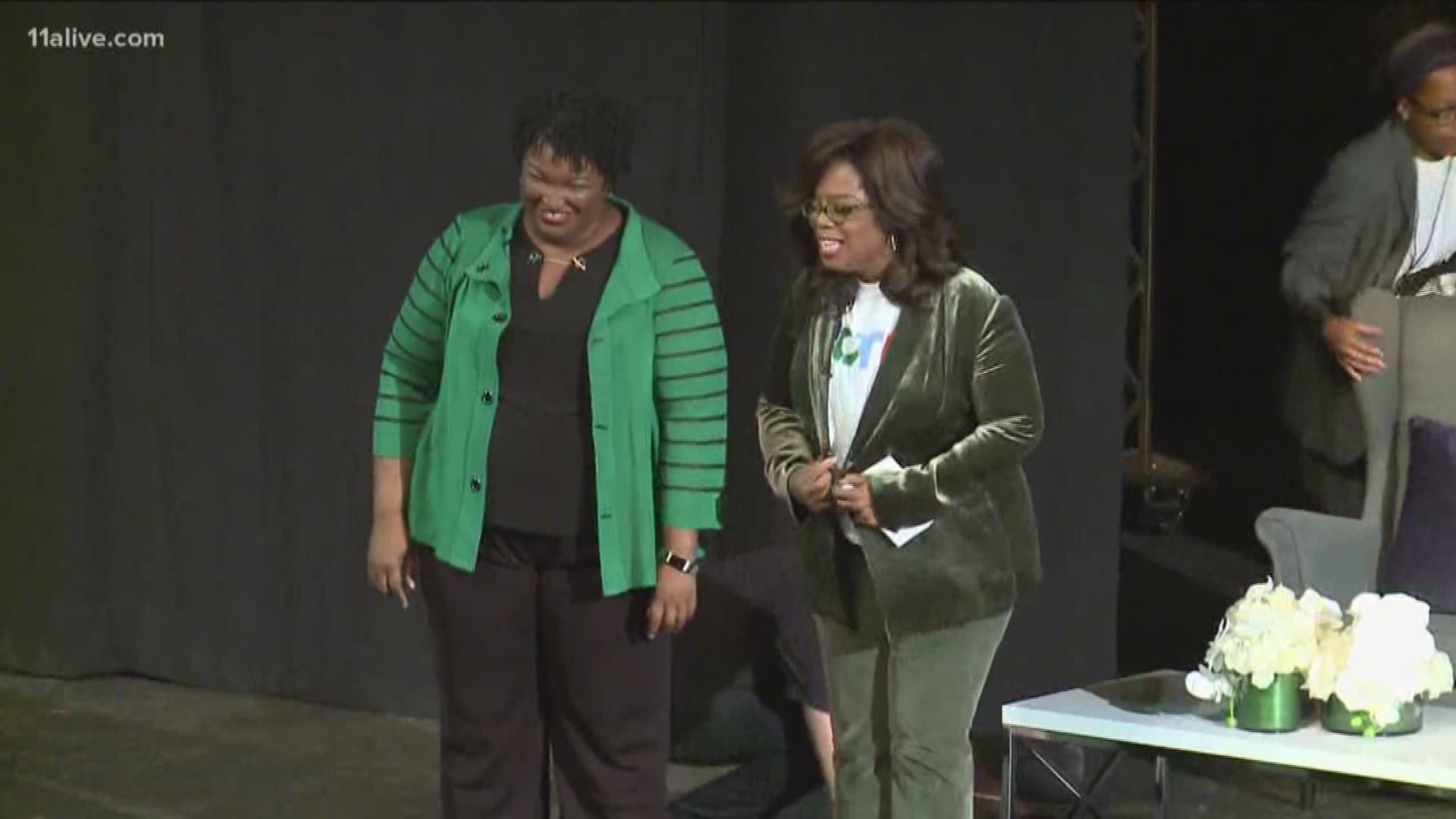 Democratic National Committee chairman Tom Perez released a statement Tuesday afternoon after Democratic congressional leaders announced Abrams as their choice to deliver the Democratic response to the State of the Union.

"Day after day, President Trump has spread hate, spouted lies, and misled the American people. And there's no doubt that he'll do the same next Tuesday. That's why Stacey Abrams is the perfect choice to give the Democratic response," Perez said. "Stacey didn’t just inspire the people of Georgia last year, she electrified voters across the country with a powerful vision and a positive message of unity, inclusion, and opportunity.”

If Abrams does choose to run for Senate, she would find an already growing number of candidates who have announced or are considering running against Perdue. However, she would enter such a race with significant name recognition locally and nationally, as well as an opportunity to once again bring national attention to Georgia politics.

Speculation has increased that Abrams would not only run for the US Senate but that she might even consider a run for the White House. Thus far, she has remained very quiet about her political future -- choosing instead to focus on her Fair Fight Action organization and its activities surrounding voting rights in the state of Georgia.

Federal District Court Judge Amy Totenberg ruled in September 2018 that there is a concern regarding the integrity of Georgia's voting machines and their vulnerability to hacking.

She said that despite this, there was not enough time to force the state to convert to paper ballots prior to the November General Election.

In her opinion, Totenberg said that she was advising the defendants and the state to revisit the issue as quickly as possible.

During a hearing prior to her decision, Totenberg expressed concern about the voting technology, saying, "It's not just a theoretical, paranoid notion" that the machines are vulnerable as federal officials repeatedly warn against nation-states directing their energies against American democratic institutions.

One provision of the judge's ruling mandated that the state would have to completely revamp its voting mechanism prior to the next election cycle.

The state's current voting system, in use since 2003, has been at the center of controversy, with charges of voter suppression and claims of a lack of election integrity.

As Secretary of State, Kemp purged more than a half-million voter registration records during 2016 and 2017. Of that number, more than 107,000 were removed simply because they had missed a couple of elections or had not contacted election officials in seven years, as opposed to being disqualified.