Stacey Abrams 'will not be a candidate' after Johnny Isakson resignation, spokesman says

The Georgia Democrat said she will not run for a Senate seat in 2020 after news broke that Sen. Johnny Isakson will vacate his seat at the end of the year. 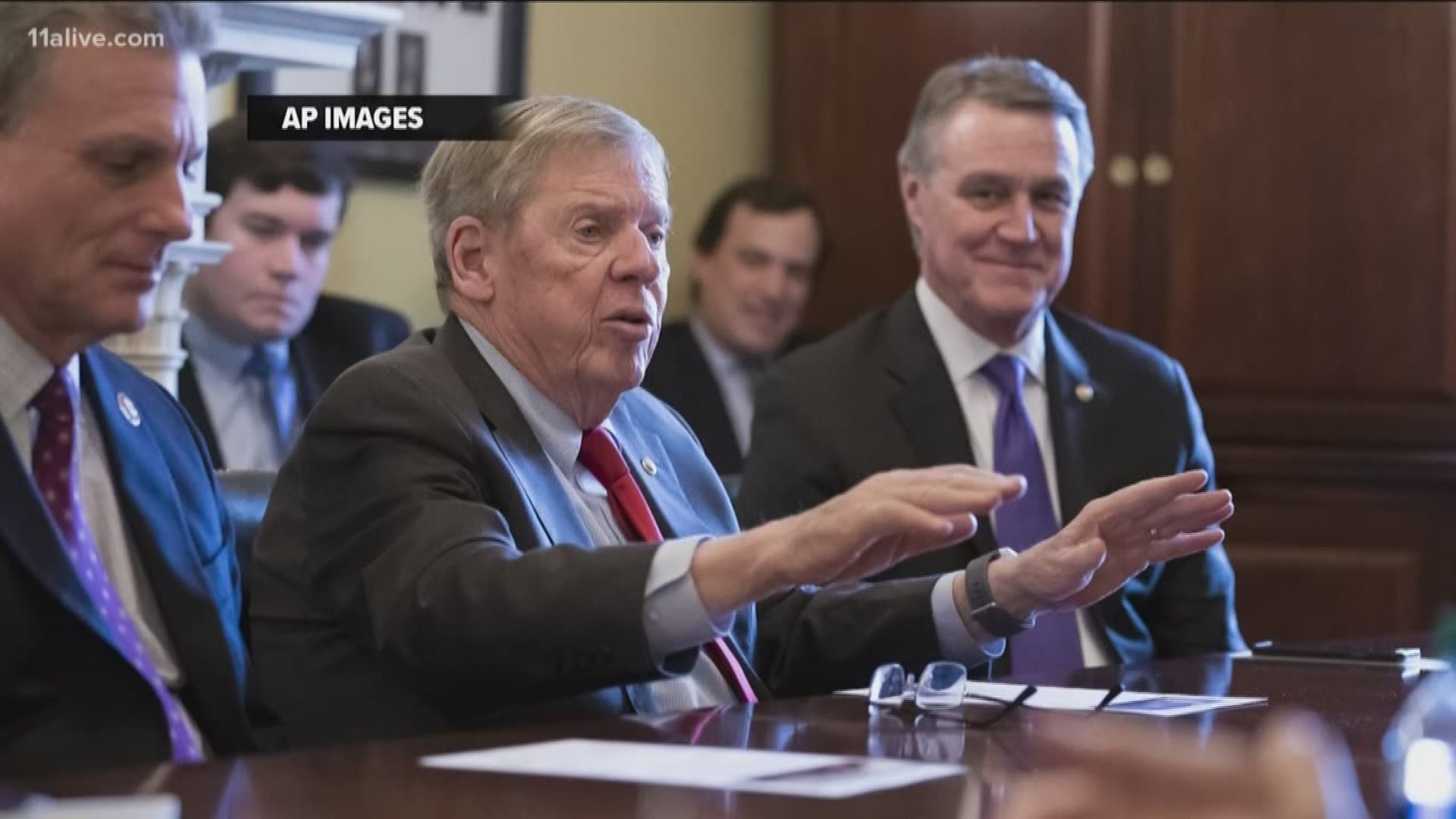 ATLANTA — A spokesman for Stacey Abrams said Wednesday she remains "committed to helping Democratic candidates" in next year's elections but will not be one herself, following news of Sen. Johnny Isakson resigning at the end of the year.

Abrams unsuccessfully ran for Georgia governor last year, but emerged as a star within the Democratic Party along the way. Observers have speculated at various points about her running for president, running for Senate or appearing as the vice presidential candidate on a 2020 ticket.

She quickly dismissed rumors from further spreading after Isakson announced his impending resignation, with a statement saying she "will not be a candidate herself" in any 2020 race.

"Leader Abrams’ focus will not change: she will lead voter protection efforts in key states across the country, and make sure Democrats are successful in Georgia in 2020," spokesman Seth Bringman said. "While she will not be a candidate herself, she is committed to helping Democratic candidates win both Senate races next year.”

"Our thoughts are with Senator Isakson and his family," the statement added.

Abrams has focused her efforts since the governor's race on an initiative to fight voter suppression, forming an organization called Fair Fight 2020.

Isakson cited ongoing health issues for his resignation, which opened up a second Senate race in Georgia for 2020, with Sen. David Perdue up for re-election.

Abrams served as the Minority Leader in the Georgia House of Representatives from 2011-17 before running for governor.