State agencies were asked to cut 14 percent from their budgets after the economy tanked amid the COVID pandemic. That was revised to 10 percent. 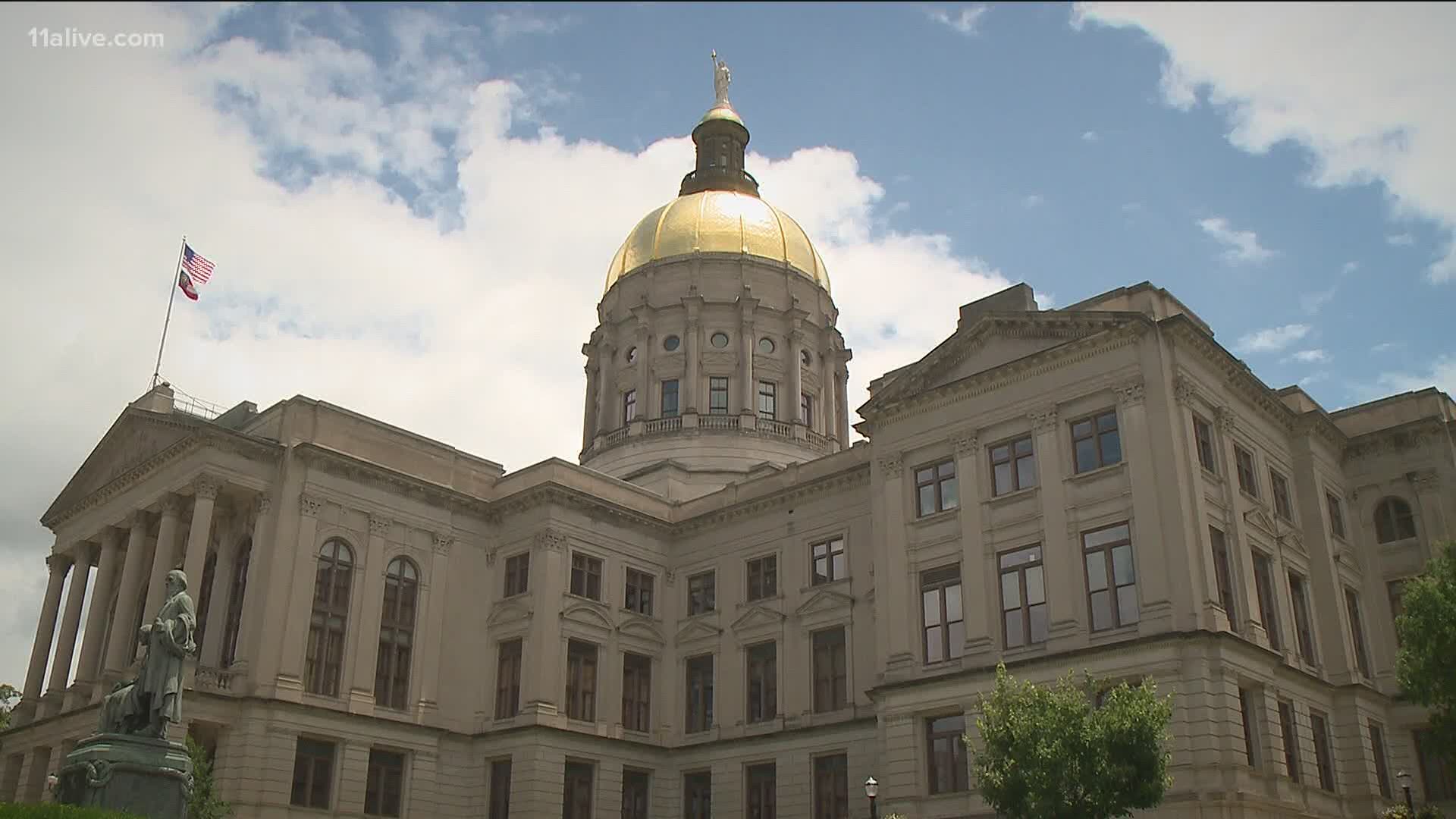 ATLANTA — It appears Georgia lawmakers will vote Friday on next year’s budget – the last day of this year’s on-again, off-again, on again legislative session.

State agencies were asked to cut 14 percent from their budgets after the economy tanked amid the COVID pandemic. That was revised to 10 percent. Budget writers said the cuts were expected to include no state employee furloughs.

Some lawmakers had sought to enhance revenues by raising taxes on cigarettes and vapes to raise money for a strapped state budget.

Elsewhere, some lawmakers are targeting industries with tax breaks – like the state’s film industry, or fuel taxes at the airport.  Reduce those tax breaks, and backers say state programs can stay mostly intact.

"I think it’s time to cut our way out of the Republican box of continually trying to cut our way to a solution," said state Rep. Mary Robichaux (D-Roswell) earlier this week.

But Georgia Republican leaders – from Gov. Brian Kemp down – have been loathe to try to raise money in a Capitol where mask-wearing reminders of the pandemic-driven recession are everywhere.

They have pitched budget cuts – which impact state services that range from public safety to public health to public defenders to public schools.

RELATED: 'I will do my part': Lt. Gov. takes pay cut amid state budget shortfall

"I would personally like to see it without furloughs to our teachers," said state Rep. Chris Erwin (R-Homer), a retired county school superintendent. "That would cause school systems to not lower the number of days... to teach their children."

Schools are a sore spot – especially in a year where schools statewide shut down and reverted to distance learning.  Some teachers from around the state spent part of Wednesday outside the Capitol to urge legislators to try to keep school budgets intact.

"Funding for our students, for public education. That’s why we’re here," said Justin T. Johnson, a Chamblee Middle school teacher.  "To make sure our students get all of the resources including the educators that they need."

Negotiators concluded their talks mid-afternoon Thursday. The budget gets votes on the session’s last day – Friday.