It came during the same time Gov. Brian Kemp was giving remarks after signing a controversial Republican elections bill into law. 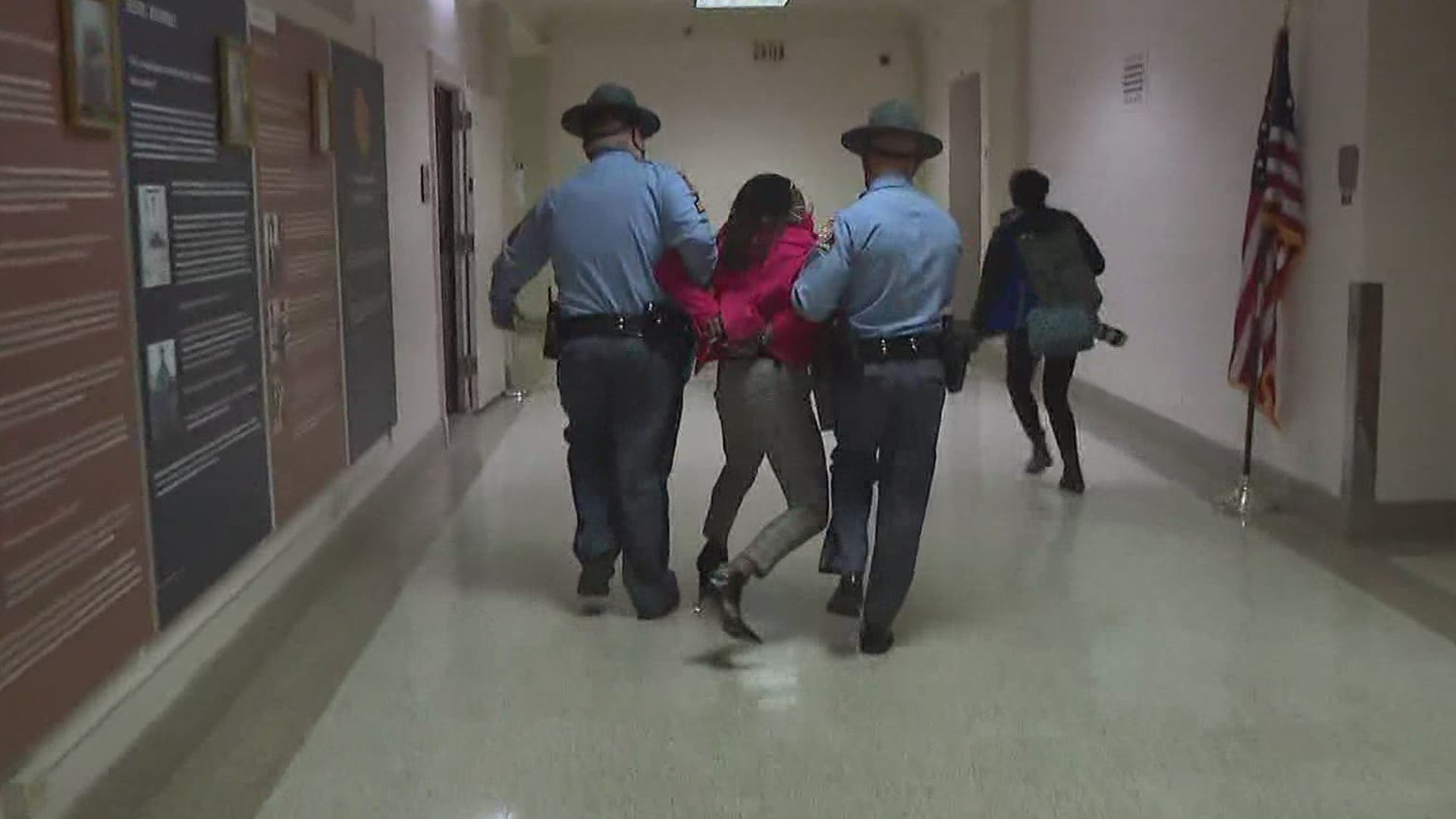 ATLANTA — A Democratic state representative was arrested after a disturbance at the State Capitol, Thursday.

It came during the same time Gov. Brian Kemp was giving remarks after signing a controversial Republican elections bill into law.

Video by 11Alive photojournalist Pete Smith showed Rep. Park Cannon standing outside of the governor's ceremonial office - where he was delivering those remarks - knocking on the door.

According to a narrative from the Georgia State Patrol, Cannon was told by officers to stop knocking on the door because of the press conference going on inside, and that if she wouldn't, she would be placed under arrest for obstruction.

After an exchange of words, and another attempt by Cannon to knock on the door, video shows officers told her she was under arrest. Video then shows her being taken out of the Capitol. She was later brought to the Union City Jail - an overflow facility from the Fulton County Jail - and charged with obstruction of law enforcement and preventing or disrupting General Assembly sessions or other meetings, according to GSP.

According to a representative for Cannon, she was granted a signature bond. She was later released from jail around 11 p.m., where Sen. Raphael Warnock joined a crowd of supporters who had gathered and defended her as "an outstanding public servant" - but also condemned the bill being signed into law.

"This is a desperate attempt to lock out and squeeze out the people of their own democracy," Warnock said. "This effort to silence the voices of Georgians who stood up in a historic election in November and January will not stand." (Listen to his full remarks here)

Attorney Gerald Griggs, who also spoke outside the jail as Cannon was released, is now representing her and is vowing to "vigorously defend against" the charges.

My client @Cannonfor58 has been released from custody and we plan to vigorously defend against these charges. All requests for comment should be forwarded to her attorney. #istandwithpark #gapol

The disturbance prompted the governor to cut short his live comments that were going on inside the office. Video from 11Alive's live stream showed the governor speaking to someone off camera before the briefing suddenly ends.

11Alive has asked both Rep. Cannon and the governor's office for an official comment on the matter.

This is not the first time Cannon has been involved in an exchange at the Capitol. One month ago, she was confronted by a Georgia State Patrol trooper during a spontaneous protest against the elections measures.

Cannon, according to her House of Representatives profile, represents District 58, East Atlanta. She was sworn in in February 2016. She was also on the short list of potential successors for Congressman John Lewis' US House seat.