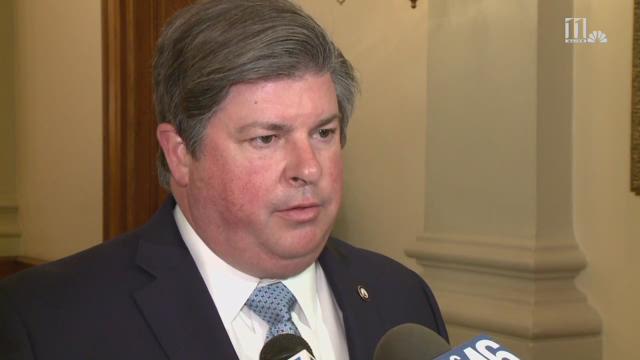 The Senate on Wednesday voted to fill a loophole in the state's privacy law with the passage of SB 45 -- which outlaws the practice of "upskirting," or making unauthorized photographs underneath the skirt of a woman without her knowledge or consent.

In 2013, Houston County grocery store worker Brandon Lee Gary was caught on surveillance video aiming a camera underneath a woman's skirt on at least four occasions as she walked through the aisles of the supermarket.

Gary was charged by a grand jury with unlawful eavesdropping and surveillance, leading to an initial conviction. The Georgia Court of Appeals overturned the conviction, saying that though reprehensible, since the incident had taken place in a public place -- i.e., the supermarket -- the rules regarding privacy did not apply under existing state law.

In closing, we note that it is regrettable that no law currently exists which criminalizes Gary’s reprehensible conduct. Unfortunately, there is a gap in Georgia’s criminal statutory scheme, in that our law does not reach all of the disturbing conduct that has been made possible by ever-advancing technology. The remedy for this problem, however, lies with the General Assembly, not with this Court. Both our constitutional system of government and the law of this State prohibit the judicial branch from amending a statute by interpreting its language so as to change the otherwise plain and unambiguous provisions thereof.

Sen. Larry Walker III (R-20th Perry) said this was a victory for privacy advocates in Georgia.

The measure moves to the State House of Representatives before heading to the governor.

In some states and municipalities, upskirting has been made illegal, but in many other areas, the laws have not been updated to provide protective measures based upon more recent advances in technology which make upskirting and other types of surreptitious surveillance more common place.