A statue of Alexander Stephens represents Georgia at the US Capitol. There are renewed calls for it to go. 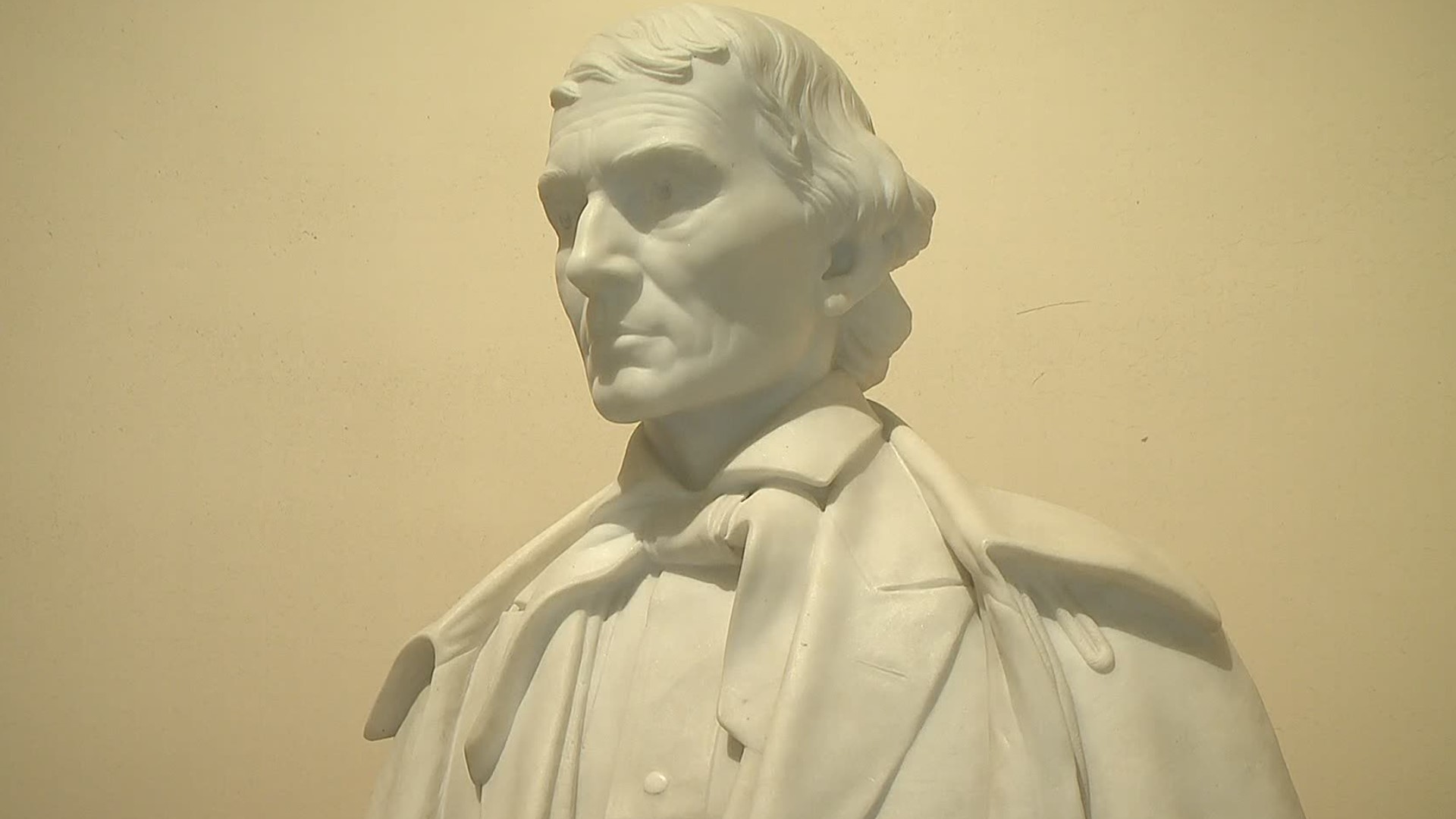 ATLANTA — At Georgia's state capitol, there are numerous paintings and statues on display. The oversized painting of Alexander Stephens, hanging high in the rotunda, is easy to overlook.  A few feet away, there's also a bust of Stephens.

And if you visit Statuary Hall in the US Capitol - where each state is represented by two statues - there's also a statue of Alexander Hamilton Stephens.

From Crawfordville - between Atlanta and Augusta - Stephens became vice president of the Confederacy.

Stephens was an outspoken white supremacist who spoke about people of color in terms that would shock modern-day sensibilities.

"He basically tried to use a scientific argument to say the black race was inferior, and their natural condition was human slavery," said state Rep. Scot Turner (R-Holly Springs). "That’s simply evil."

RELATED: 'Tear Down' scrawled onto base of Capitol monument to Confederate leader and former Georgia governor

Credit: Library of Congress
Alexander Stephens of Georgia was VP of the Confederacy

Turner has introduced a resolution that would replace the statue of Stephens in the US capitol - representing Georgia - with a statue of Martin Luther King Jr. Replacing Stephens' likeness, Turner said, is a no-brainer.

"And it certainly is a poor representation of the people of Georgia," Turner said.

Turner introduced his resolution as prep work was underway for the removal of a monument in Decatur honoring the confederacy. DeKalb County took down the monument overnight following a court order.

RELATED: University System of Georgia to review names of buildings, colleges on its campuses

Although Georgia lawmakers passed a law outlawing the removal of historical monuments, it doesn't apply to the state's contributions to the US Capitol. The senator who wrote that bill agrees Dr. King is a worthy representative of Georgia in Statuary Hall.

"We'll see what happens. Each state does get two as you indicated, and occasionally they need to be probably transitioned out or traded out," said state Sen. Jeff Mullis (R-Chickamauga). "We’ll see that one moves forward."

It's a longshot to move forward in the 2020 legislative session, which has only six working days remaining.

Pelosi orders portraits of Confederate speakers removed from US Capitol