The country's and the state's largest unions announced their backing of the Democrat on Friday. 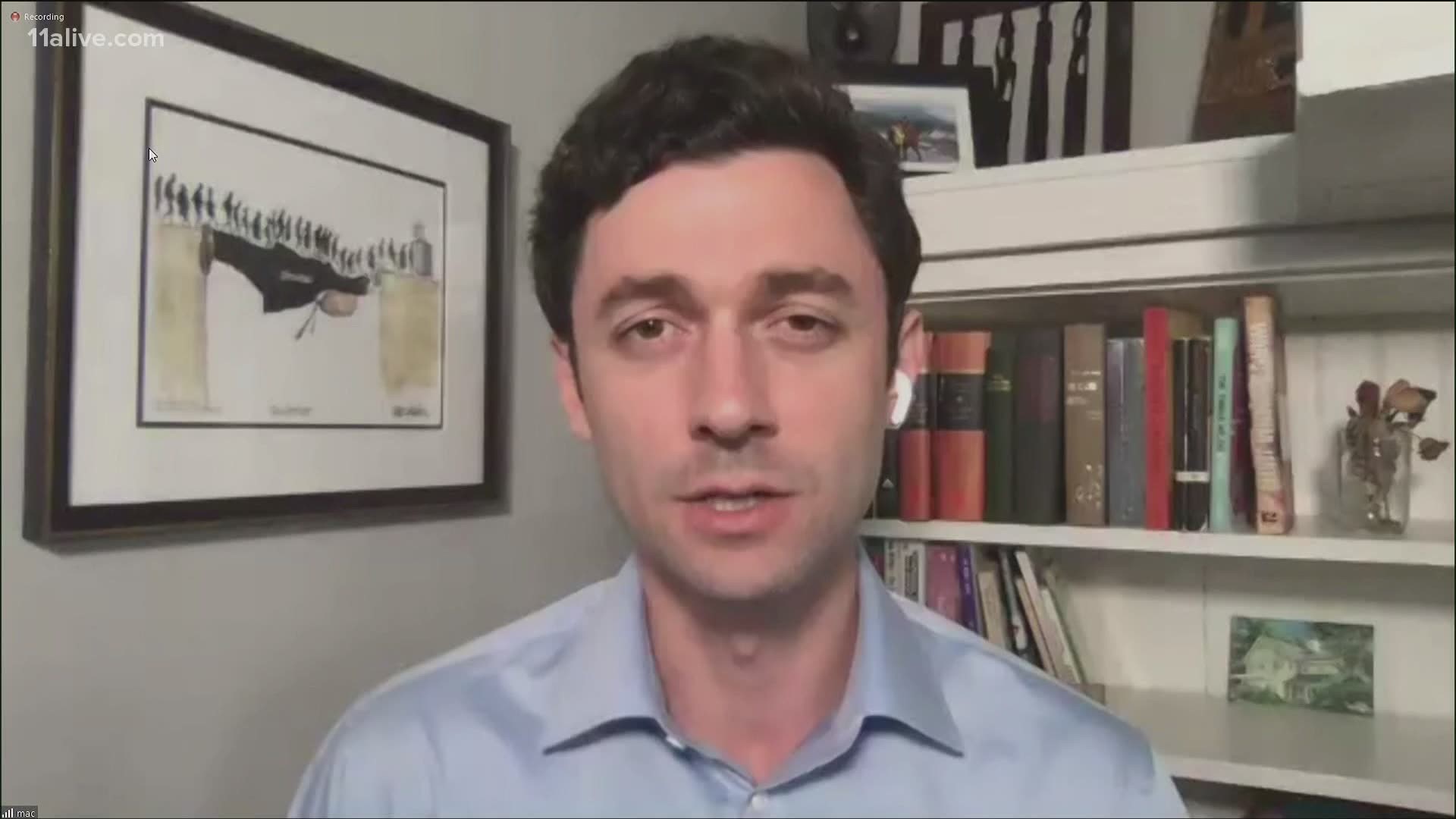 ATLANTA — The largest national teachers' union endorsed Democrat Jon Ossoff in Georgia's Senate race on Friday, saying he would help ensure a fully funded public education system that will "level the playing field for all children across Georgia."

The national organization, the National Education Association, represents some 3 million members across the country.

The president of the state organization, Lisa Morgan, said, "We look forward to working with Jon Ossoff to fully fund public education and address the inequities currently experienced by our rural, low-income, and minority students. As educators, we are committed to the success of every child, and we know that the recovery from the current pandemic will require all of us working toward this goal."

The Georgia Association of Educators represents about 15,000 teachers and educational support personnel in the Peach State. According to the organization, that includes everyone from custodians to cafeteria workers to school bus drivers.

“In these trying times, when our teachers are the frontlines of this pandemic, I am humbled and honored to have their confidence and support,” Ossoff said in a statement. “It’s never been more important that we fully support our teachers and ensure that every child, no matter their wealth or background, gets a great education in safe schools. I look forward to working alongside the Georgia Association of Educators and the National Education Association to strengthen public schools, increase teacher pay, expand pre-K education, and make public colleges and HBCUs 100% debt free for all Americans.”

According to the latest Real Clear Politics average, Ossoff and Perdue are locked in a tight race - with the incumbent Republican Perdue holding a 2.8% advantage in the average of polls going back to the beginning of August.

Two recent polls gave conflicting pictures of the race - one, published by Quinnipiac University on Sept. 27, put Ossoff ahead +1. The other, published Sept. 25 by CBS News/YouGov, had Perdue ahead +5.