The 'heartbeat bill': These are the winners and the losers in the abortion fight

Now that the Georgia legislature has passed one of the most restrictive abortion bills in the country, we take a look at the winners and losers. 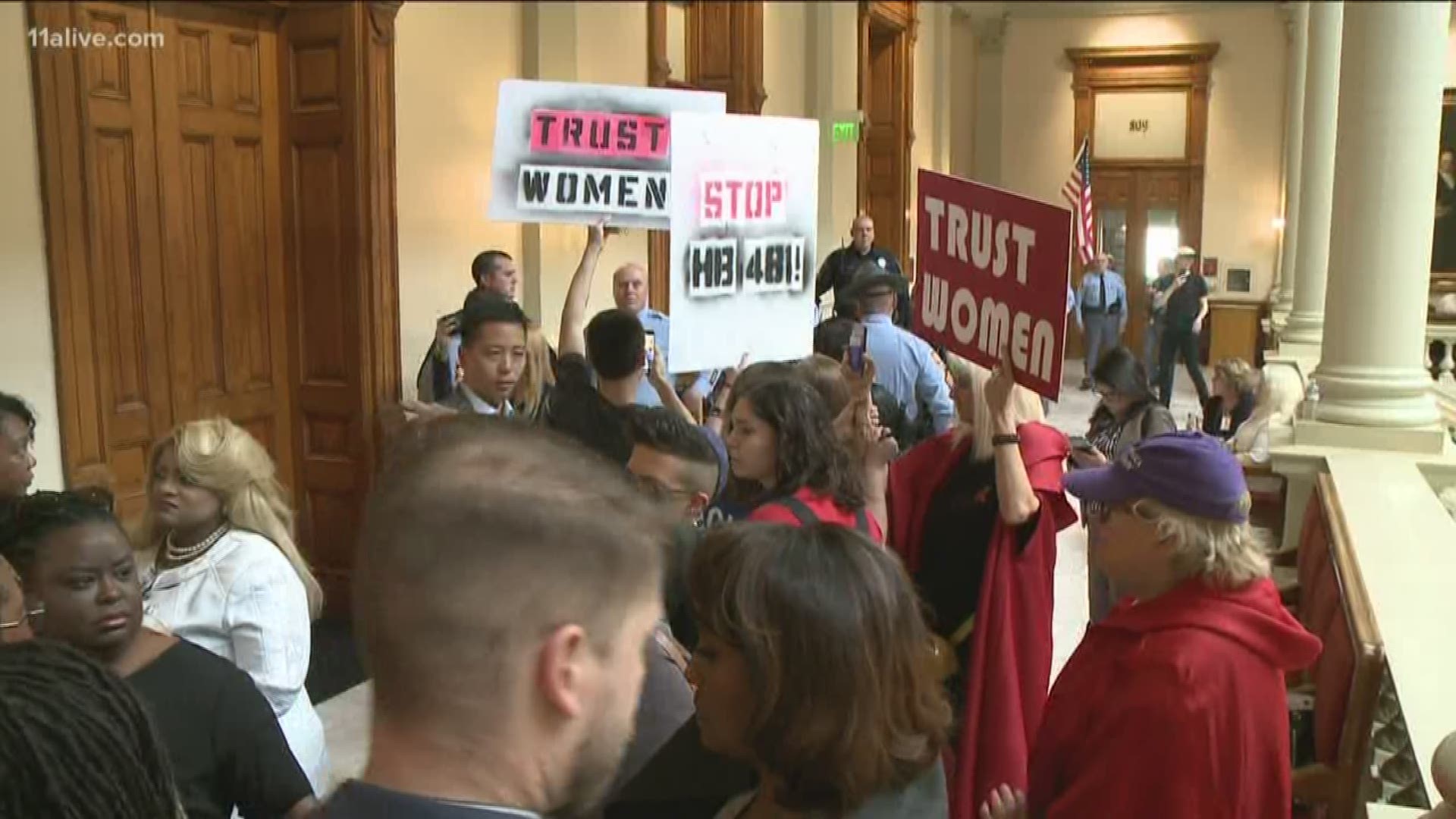 ATLANTA — Friday's passage of the so-called "heartbeat bill" is a big win for conservatives and a blow for pro-choice activists.

Perhaps the biggest winner is Governor Brian Kemp who campaigned on a promise to sign the restrictive abortion bill. Kemp, who is expected to sign HB 481, gets a chance to keep that promise.

The second big winner will be political consultants and advertisers. Liberal groups are promising to campaign against each of the legislators who voted for the bill. That means a lot of political spending next election season.

"A lot of these men know that their seats are at risk," activist Tamara Stevens said.

Lawyers from both sides will also be looking to cash in. Lawsuits looking to stop the bill are already in the works. But one of those lawyers points out who he believes will be the biggest loser.

"When federal courts strike this down, guess who is going to be paying the legal bills? It's not going to be the politicians who pass these bills, it's going to be the taxpayers - you and me," said Sean Young, legal director for the American Civil Liberties Union (ACLU) of Georgia.

Taxpayers could also lose big if Hollywood's threats turn into reality. More than 40 actors and actresses came out against the 'heartbeat bill,' threatening to boycott the state if it is signed into law.

The film industry generated nearly $10 billion in economic impact in Georgia in 2017. A lot of that money going to local workers like makeup artists, wardrobe designers, and grips.

"We're all just trying to figure out what our next steps are as the full impact of this bill begins to hit our state," said Jaime Rosegren with the International Alliance of Theatrical Stage Employees (IATSE) Local 479.

"I find it hard to believe that they brought some of these productions here and now they're saying they're shocked Georgia is a conservative state," said Ralston.