This is when Stacey Abrams would consider running for president

She talked about it at SXSW. 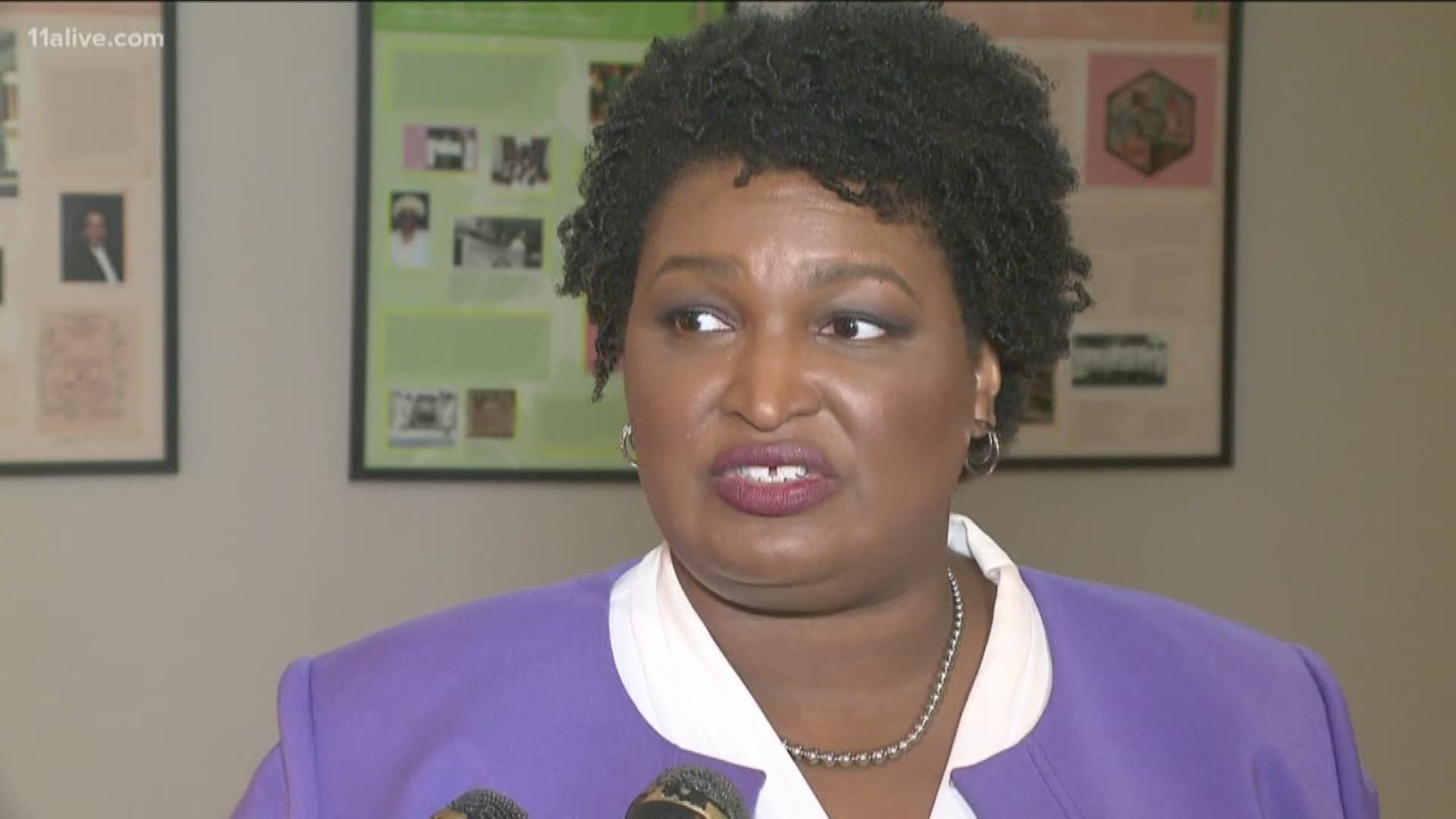 For the second time in a week, Stacey Abrams is addressing the questions about a presidential run.

The notion first came came up Monday during a candid conversation while she was sitting on the South by Southwest Stage in Austin. She talked about a part of her book “Minority Leader: How to Build Your Future and Make Real Change” where she explains her progress-planning spreadsheet that lays out the year, her job, age and her task for that year.

For 2020, she said she wants to be in a job that pays but, above all else, her goal is more specific.

It appeared during her talk that she said she thought 2028 could be her year to run for president if she meets her 2020 goal of helping a Democrat in the White House and if that Democrat serves two terms.  Abrams acknowledged how her loss in the Georgia Governor’s race in 2018 played into her spreadsheet.

She said she made provision for not winning some elections saying, “There are things you want that you’re not going to get.”

Hours after that conversation, Abrams seemed to suggest she could throw her hat in the ring for president in the upcoming election. Around 3:45 p.m. Monday, the former Georgia Democratic candidate tweeted that a 2020 run is "definitely on the table."

However, on Tuesday in front of crowd supporters in southwest Atlanta on her "Thank You" tour, she said she wanted to clear up what was taken out of context.

"Some folks took something out of context. They were listening to me give a book talk and they didn't read the book," she said. "They decided to take a snippet of information and run with it."

When she was 18 she set out certain goals for herself - one being a possible chance to run president in 2028.

"Let me correct it for all, I am going to run for something, and I will tell you in April," she added.

"As I have said over and over again, everything is on the table," she said.

As for the 2018 election where she lost in a tight battle with Gov. Brian Kemp, she couldn’t plan for the "how" behind that.

“Not in the way it happened, that I did not foresee at all,” Abrams said.

"The next thing I do and the thing after that has to be the right thing - and I've got to be the right person," she added."Because I love all of you too much to do something for my own ego."

Even in the follow-up interview after the the speech, a reporter asked her if she was running for president and her answer remained the same: "Everything is on the table, including a run for the presidency."

She also cleared up the 2028 speculation.

"I was talking about a book I wrote last year and a passage about something I did when I was 18," she said. "When I was 18, 2028 was the time I set for myself. I've had a lot of experience since then."

Q&A WITH ABRAMS: What's next for the former candidate for governor

Georgia Senator David Perdue’s seat is up for grabs in 2020 and Abrams told 11Alive she’s considering it.

"I have I think an extraordinary set of opportunities before me and my responsibility is to make sure I pick the one that makes sense - that I'm the right person, it's the right job and the right time," she explained in February.

Back then, she said she would decided by March. However on Tuesday, she said by April.

"What I'm going by is April if I'm going to run for the Senate or not. That's the first major decision. In part because I think it's important if I do run, I need to start working on it. If I'm not going to run I need to leave enough time for whoever is going to stand for this office to have time to build their capacity," Abrams said.