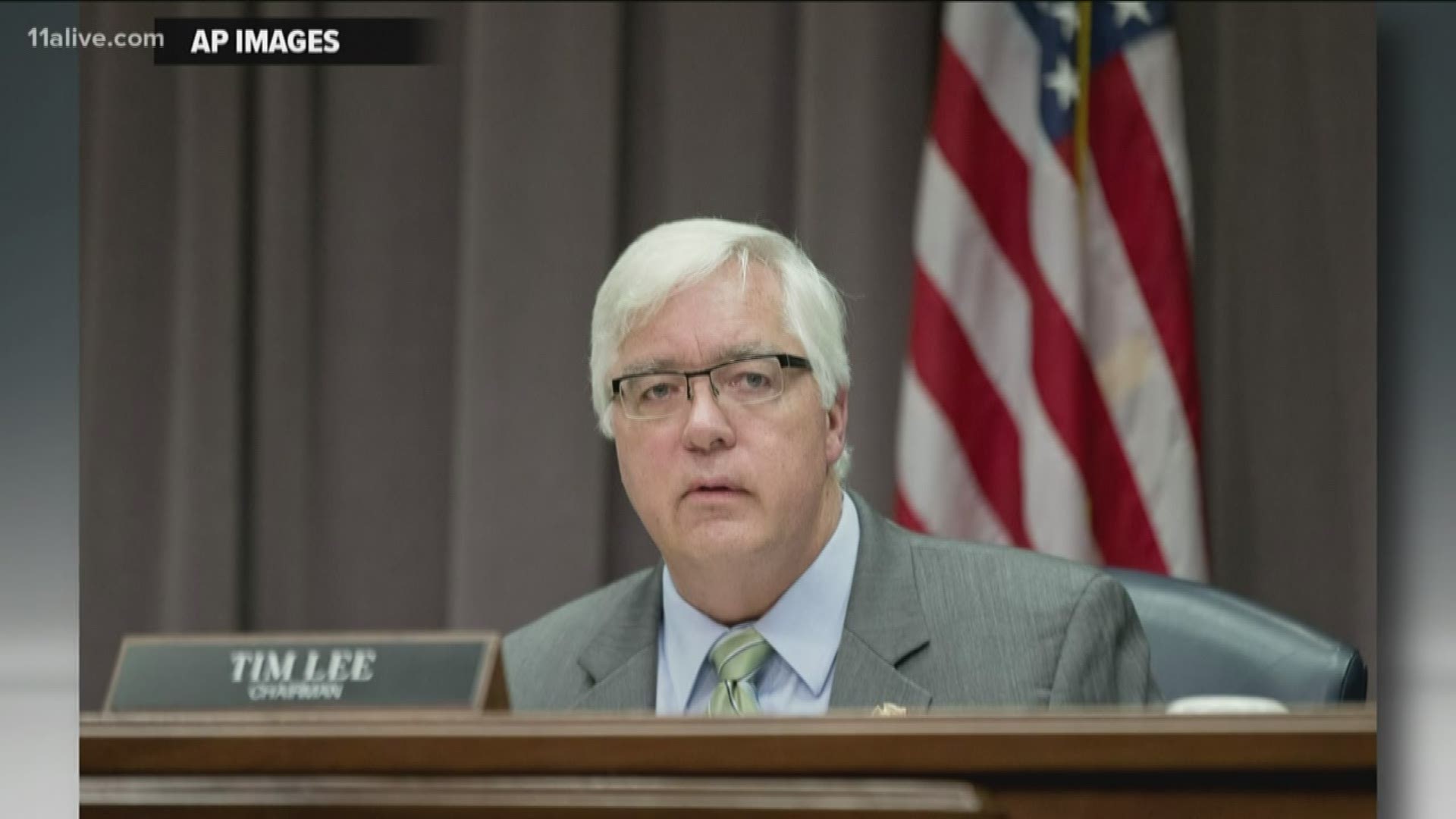 ATLANTA — Tim Lee has been fighting what he calls a "devastating" cancer diagnosis. A year ago, doctors told the former chairman of the Cobb County Board of Commissioners he had cancer of the esophagus.

U.S. Sen. Johnny Isakson (R-Georgia) says there ought to be a statue of Tim Lee at Suntrust Park. Lee was the Cobb County politician who launched secret negotiations with the Braves six years ago to relocate the team.

Lee guided Cobb County’s political machinery to partner with the Atlanta Braves when the team was looking for a way out of Turner Field. At a time when Atlanta was awash in controversy over tax-subsidized construction of a new Falcons Stadium, Lee quietly offered a taxpayer subsidy from Cobb in exchange for a ballpark development project worth a billion dollars.

"I think Tim Lee deserves tremendous credit for what he did. It wouldn’t have happened without Tim Lee," said Isakson in an interview with 11Alive.

Isakson, a real estate specialist before he became a US Senator, says SunTrust Park and the adjacent mixed-use development called The Battery Atlanta have brought new life to the Cumberland and Galleria developments across I-285.

By the time the Braves move became public in late 2013, Lee had started using political muscle to make it happen, and wasn’t afraid to make enemies. They backed his opponents in his 2016 re-election bid. But by the time Lee lost re-election to Mike Boyce, the Braves deal was done.

"Tim Lee absolutely risked his career to bring the Braves and the Battery to Cobb County," said Democratic state Rep. Teri Anuliewicz (D-Smyrna), an admirer of the Republican Lee’s tactics. She describes them as "a level of sophistication" mixed with "brute force.

Lee has been the economic development director for Habersham County for three years. He tells 11Alive News he intends to beat cancer, but adds "it could be something that takes me real quick ... It's in God's hands."

Isakson says Lee deserves the be honored with a statue at SunTrust Park for his role in transforming that part of Cobb County.

"It ought to be on the mound or home plate - mound and home plate! Have one of him catching his own pitch. That (ballpark) would not be there without Tim Lee," Isakson said.

Anulewicz says she's not on board with a Tim Lee statue. She thinks Lee should get credit – but thinks ballpark statuary should remain only for athletes and coaches.

"I think a statue would be quite an honor," she said. "I’d love to see a statue of Sid Bream."

In an email to 11Alive News, a spokeswoman for the Atlanta Braves wrote:

“We continue to be appreciative of the vision and leadership Tim showed throughout his tenure as Chairman of the Cobb County Commission. The tough decisions he made have paid off in the resurgence of growth in the Cumberland region which have benefited the county and schools greatly.

We know he will continue to fight this horrible disease with equal vigor.”