Hundreds of boats rally on Lake Allatoona for Trump

A floating parade was held Saturday in support of the president. 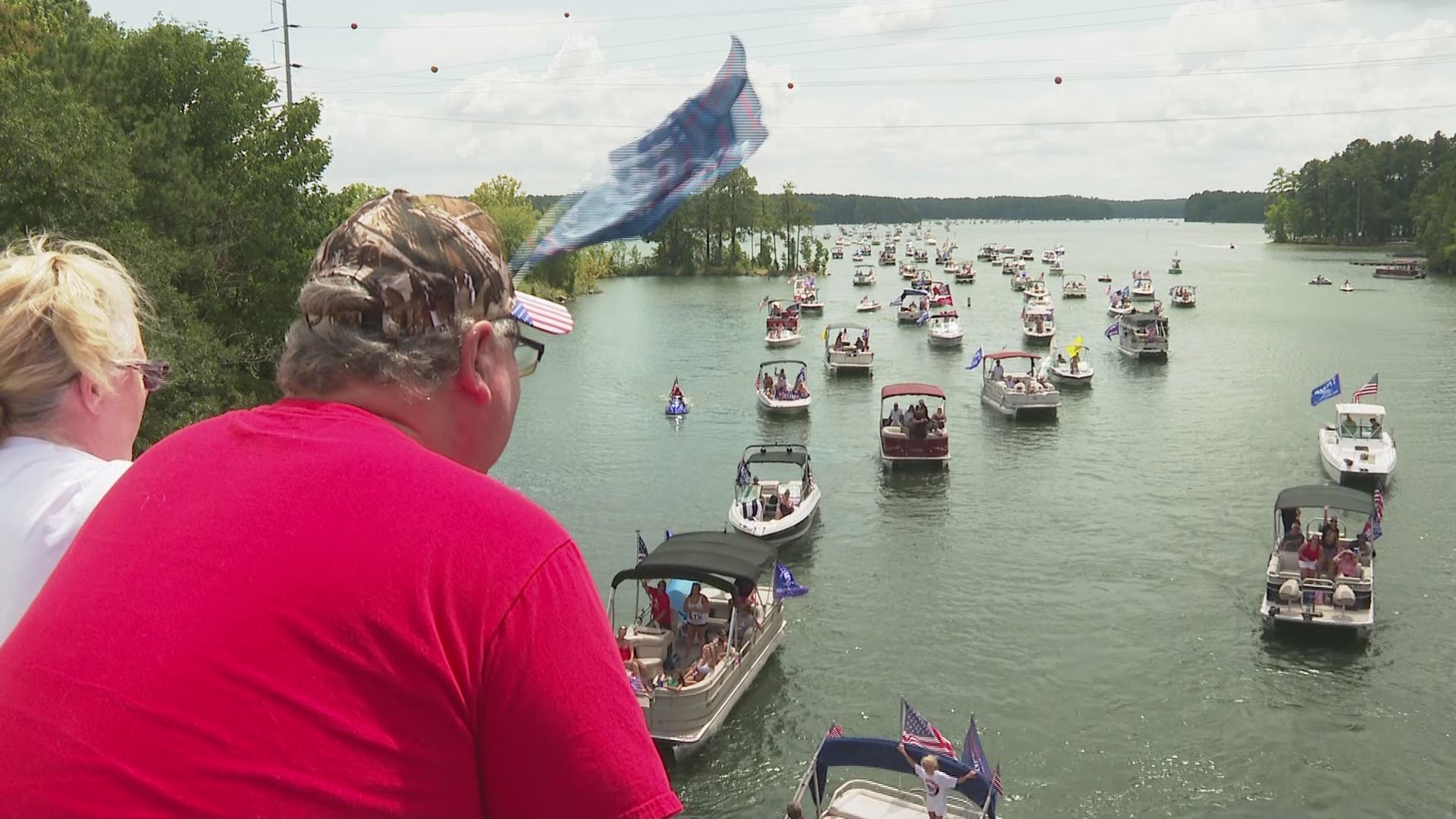 ACWORTH, Ga. — Hundreds of boats turned out on Lake Allatoona on Saturday to show their support for President Trump.

They turned out for a floating parade intended to, according to a Facebook post organizing the event, "end the summer with a salute to America and to President Trump."

It began at the south end of the lake, around Lake Acworth, and made its way to Flamingo Cove.

11Alive Photojournalist Stephen Boissy spoke to some of the onlookers who were cheering on the boats from an overpass over the lake. One man said the rally had turned out "quite a few more boats than we had expected."

"It was nice to see that. We got interested - we were down in Tampa last week and we had heard about the Clearwater (rally), and it was just an amazing show down there," he said. "And they did an amazing show here too on Lake Acworth."

Earlier this month supporters of the president held a rally in Clearwater, Fla. that organizers believed set the record for largest boat parade.

11Alive's TEGNA sister station in Tampa, WTSP, reported that the rally was being reviewed by two firms before it would be sent to the Guinness World Records organization for confirmation.

A woman at Lake Allatoona on Saturday told 11Alive the scene was "pretty amazing."

"Just the support, everybody out here with the flags and the Trump banners, just showing their support," she said.