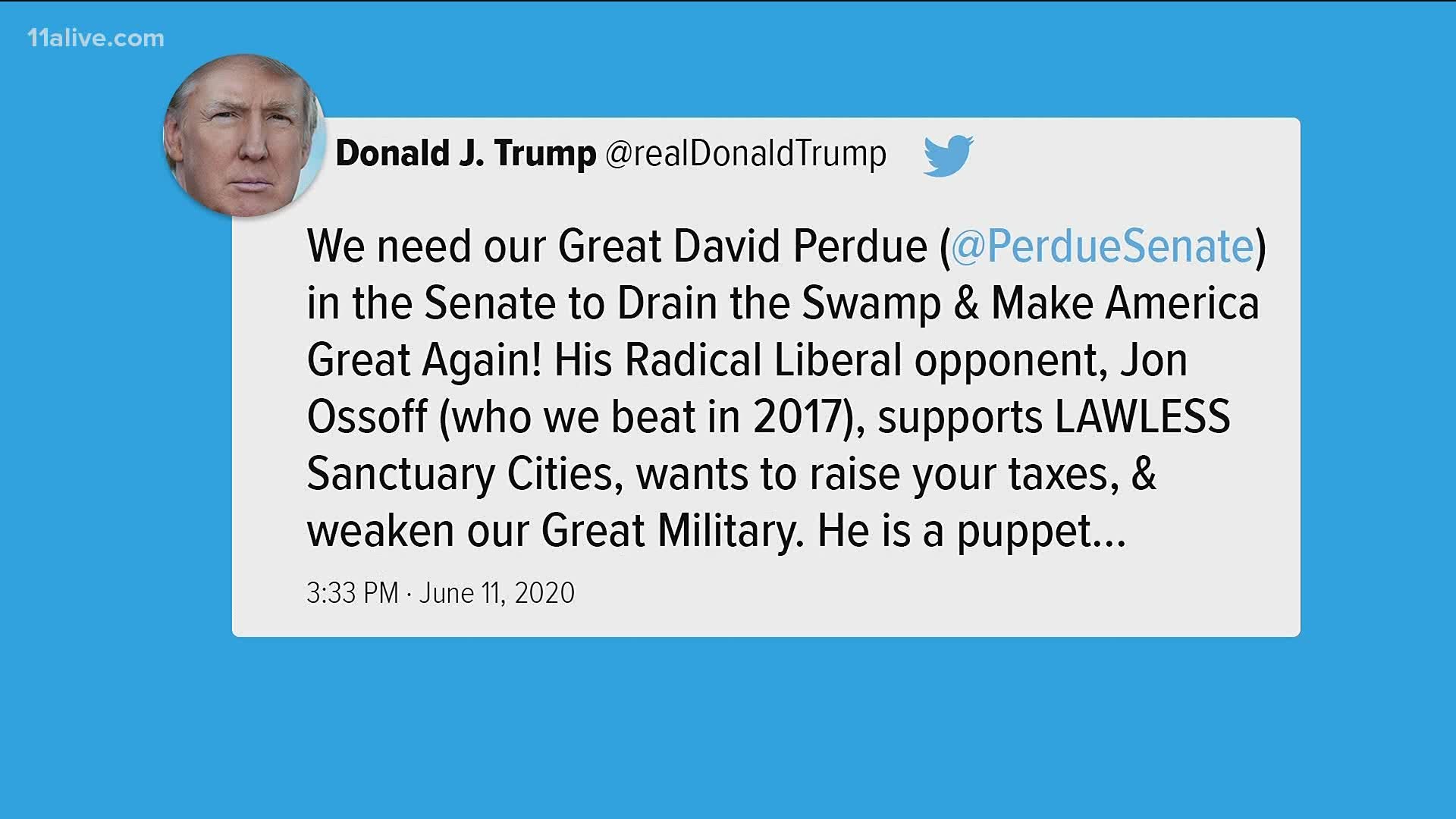 Perdue is fighting to keep his seat as he will take on Democrat Jon Ossoff in November.

"We need our Great David Perdue (@PerdueSenate) in the Senate to Drain the Swamp & Make America Great Again! His Radical Liberal opponent, Jon Ossoff (who we beat in 2017), supports LAWLESS Sanctuary Cities, wants to raise your taxes, & weaken our Great Military," the president tweeted along with a link for people to donate to Perdue's campaign.

Outside of having experience on Capitol Hill - Perdue and Handel share another common denominator - having Ossoff as an opponent. Trump even pointed that out in his tweets.

In 2017, Handel was elected to represent the 6th district after defeating Ossoff in a special election to replace Tom Price, who left office to serve as Trump's secretary of the U.S. Department of Health and Human Services. Price served only a few months in the position before resigning in September 2017.

"Previously beat Jon Ossof who, after his 2017 Congressional failure, is now running against a GREAT Senator, David @PerdueSenate," Trump tweeted.

But in 2018, Lucy McBath, who is currently representing the district, beat Handel in a tight race.

"We need Karen in Washington badly! She loves Georgia and the USA. Has my Complete and Total Endorsement! November 3rd, a big day for us all!," the president said.

Handel has now clinched a rematch against McBath for the 6th District seat.

McBath is the mother of Jordan Davis, who was shot and killed in 2012 at a Jacksonville, Florida gas station by a man who objected to the loud music Jordan was playing in his car. The case drew national attention and put McBath in the spotlight as she advocated for tougher gun laws.

Perdue's opponent Ossoff, is a young media executive. His name visibly gained attention after that expensive 20178 race against Handel. His campaign website lists some of the policies he's fighting for as criminal justice reform and healthcare for all Americans.