He will be in south Georgia at a rally in Valdosta to support Sens. Kelly Loeffler and David Perdue running for re-election. 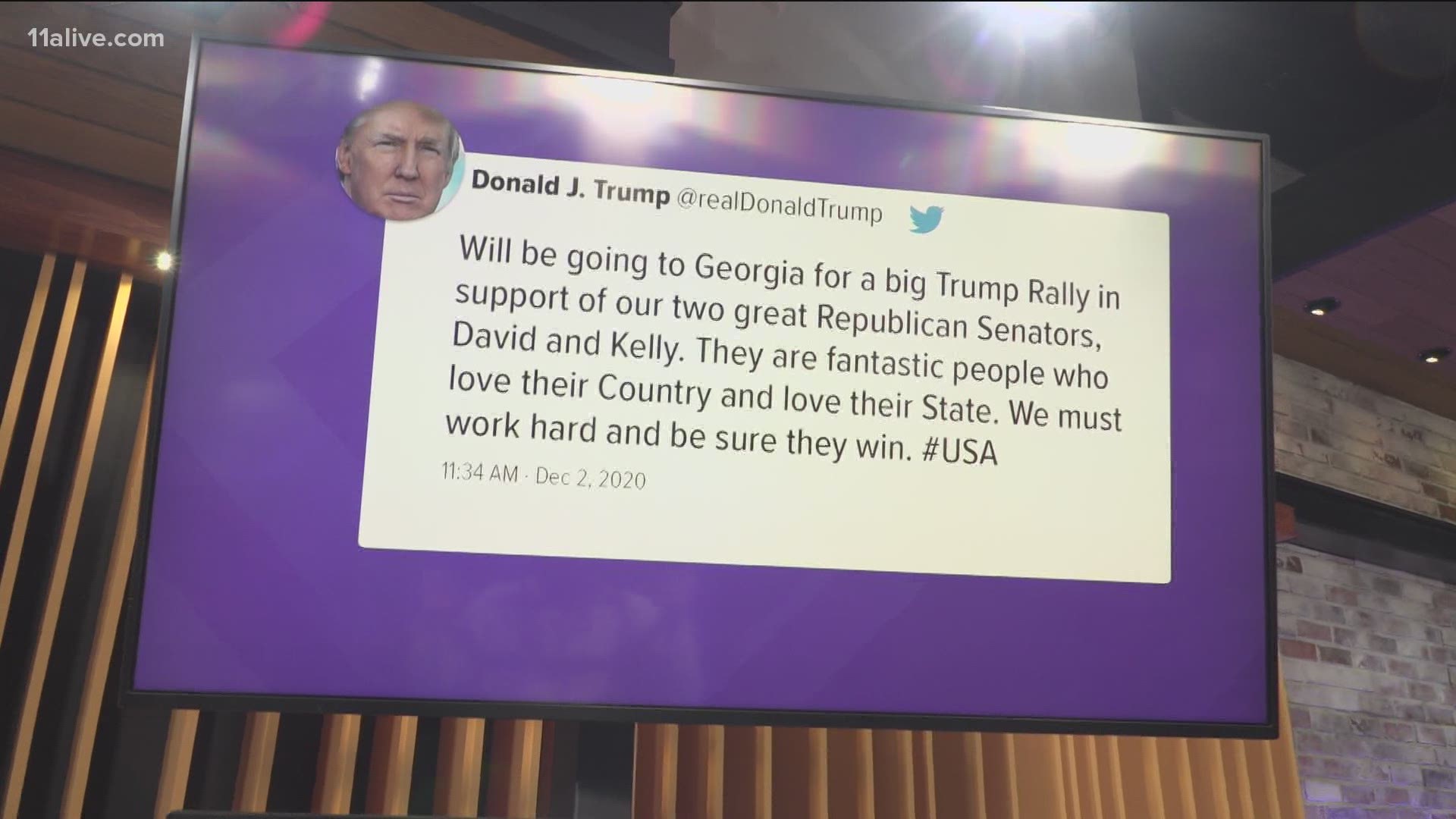 ATLANTA — Details for President Trump's visit to Georgia on Saturday have been announced, with the president scheduled to headline an evening rally in Valdosta.

According to an official release, the "Victory Rally" will be held at Valdosta Regional Airport and begin at 7 p.m. It will be a general admission rally with doors opening at 3:00 p.m.

The president is expected to be campaigning on behalf of Sens. Kelly Loeffler and David Perdue as they seek re-election in runoff races on Jan. 5.

Another Republican candidate facing a runoff on Jan. 5, Lauren "Bubba" McDonald, in a state Public Service Commission race, will be there as well.

In addition to rallying support for Sens. Loeffler and Perdue in their races against Democrats Rev. Raphael Warnock and Jon Ossoff, it is likely the president will speak about the election process in Georgia, which he has frequently targeted on Twitter.

The president's arrival will come the day after Georgia is expected to re-certify its results following the official recount conducted over the last week, which are expected to confirm that Joe Biden won the Peach State by a slim margin.

It will also come a day after Vice President Mike Pence is expected to travel to the Atlanta area to visit the CDC.