The president is attending a rally in support of Sens. Kelly Loeffler and David Perdue. 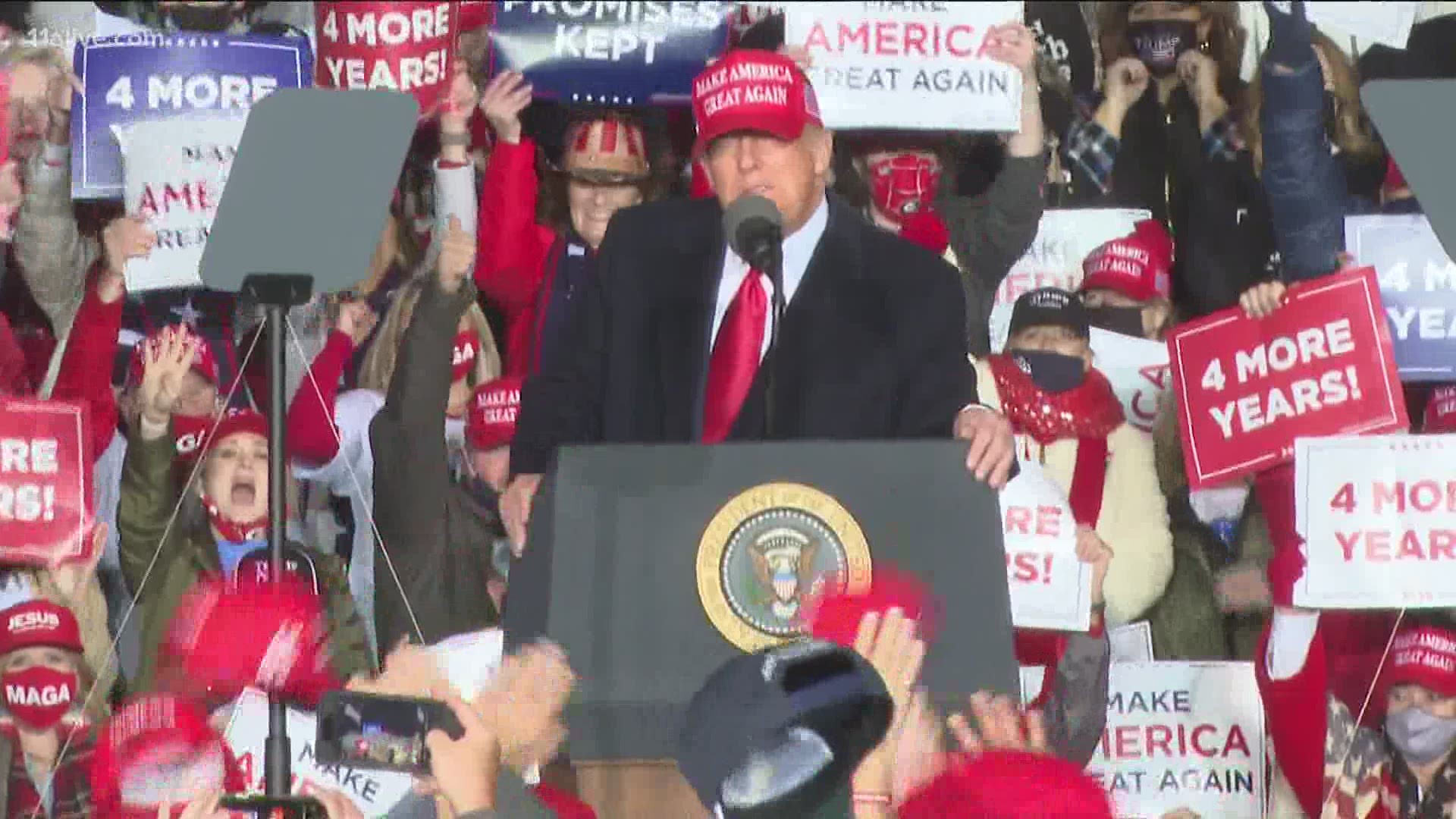 VALDOSTA, Ga. — President Donald Trump today will visit Georgia, which has been on his mind frequently in the month since the 2020 election.

The president, who filed suit as a named plaintiff in Georgia for the first time yesterday, will be attending a rally for Sens. Kelly Loeffler and David Perdue, billed as a "Victory Rally."

The president has tweeted frequently about Georgia in the weeks since the election, often excoriating Gov. Brian Kemp for, by Trump's reckoning, not doing enough to pressure Sec. of State Brad Raffensperger to treat claims of fraud more seriously.

It's not clear at what length he'll speak about Georgia's political situation at the rally, being held at 7 p.m. at the Valdosta Regional Airport. Valdosta is in Lowndes County in south Georgia, on the border with Florida.

It's also not clear if Sen. Loeffler herself will be in attendance, after the tragic death of one of her campaign staffers yesterday. That staffer, Harrison Deal, was also a close family friend of the Kemps.

Neither Loeffler nor Kemp attended a rally in Savannah yesterday with Vice President Mike Pence in the wake of the tragedy.

It was originally thought that the governor might try to attend and mend the bridge with the president, after appearing on Laura Ingraham's Fox News program earlier this week and expressing his continuing support for Trump.