Last week, the president’s son, Eric, spoke to a rally in Forsyth County. This week, his daughter Ivanka was in Atlanta with the attorney general. 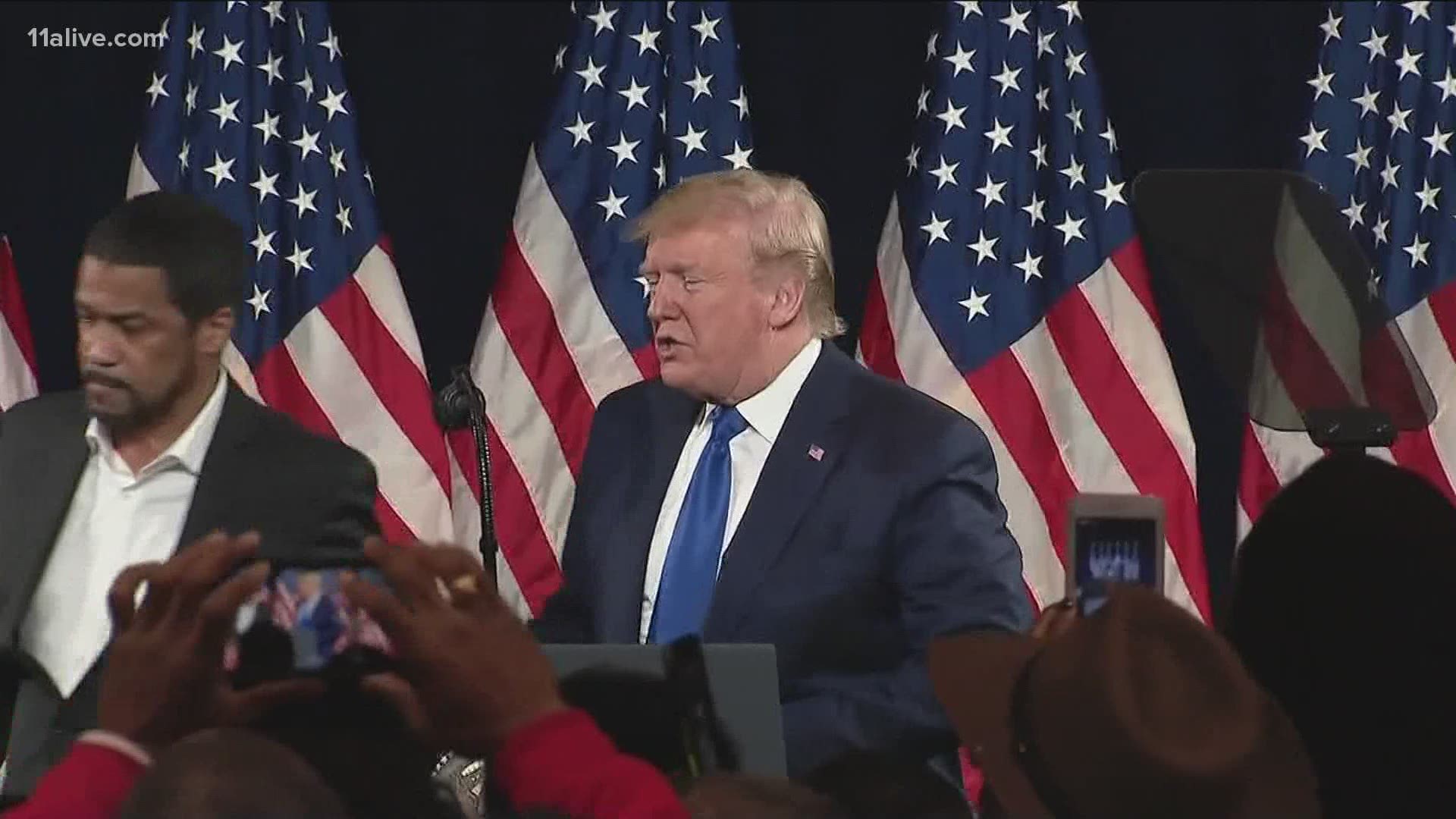 ATLANTA — President Trump is planning an appearance in metro Atlanta Friday, spotlighting the state's status as a swing state in the presidential election.

Many details hadn't emerged as of Tuesday evening.

In 2016, Trump won Georgia with the thinnest Republican margin in a presidential race in 20 years. His campaign views the state as one Trump can’t afford to lose in November.

Last week, the president’s son, Eric, spoke to a rally in Forsyth County. This week, his daughter Ivanka was in Atlanta with the attorney general. It’s no surprise President Trump would also set his sights in Georgia, says state Sen. Valencia Seay (D-Riverdale), who supports Democrat Joe Biden.

"They know that Georgia is turning blue. So they’re coming here to try to make a difference," Seay said. "We are ready to turn Georgia blue.

Ten months ago, President Trump visited Georgia to launch a group called “Black Voices for Trump” – an effort to broaden Trump’s appeal into a population of voters who have spent much of the last 50 years supporting Democrats.  Since then, his campaign claims Trump volunteers have knocked on a half million doors in Georgia. Trump's campaign is running ads in Georgia showing African American supporters.

"A lot of us agree, you know black lives matter," said Angela Stanton King, an African American Trump supporter now running for Congress.  "But we’re seeing communities and businesses being destroyed. So I think people are saying, 'wait a minute.'"

Stanton King expects Trump’s effort in Georgia to succeed – and help lift her candidacy.  She’s a Republican running for Congress to replace the late John Lewis.  She faces Democrat Nikema Williams in a very Democratic district.

"If we’ve been voting Democrat 140 years, why not give a Republican a shot?" asked Stanton King, who said she was previously a Democrat.

Seay said Biden will get a boost in Georgia by choosing Kamala Harris as his running mate. What Biden hasn’t done is schedule a campaign visit in Georgia.