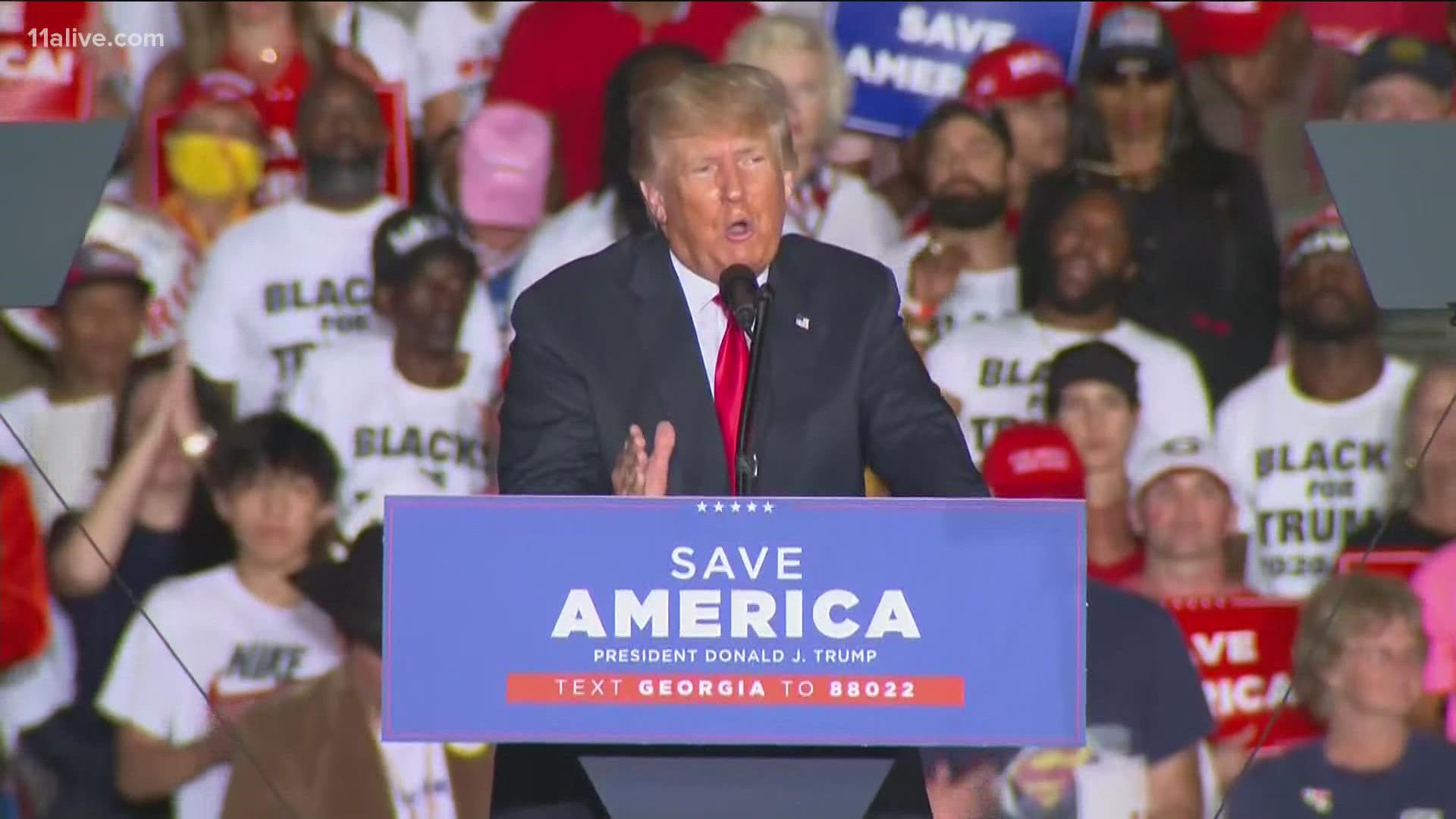 PERRY, Ga. — Former President Donald Trump took to the podium in south Georgia on Saturday at a 'Save America' rally, taking the opportunity again to make jabs at Governor Brian Kemp and Secretary of State Brad Raffensperger.

"Having her might be better than having your existing governor," he said on Saturday at the Georgia National Fairgrounds in Perry on Saturday night.

The politicians have had a strained relationship since the election. Trump previously lashed out at Kemp for not intervening in the election on his behalf several times, later saying "I'm ashamed that I endorsed him." He also has made calls for Kemp's resignation.

"Stacey, would you like to take his place? It's okay with me," Trump said at the Saturday rally.

The former president continued, saying Raffensperger and Kemp are "RINOs" -- or Republicans In Name Only -- and calling on the people of Georgia to vote the Republican leaders out of office.

"In particular your incompetent and strange, there's something wrong with this guy, your Secretary of State Raffensperger," Trump said.

Last November, Raffensperger previously said he voted for the former president and felt he was being thrown under the bus by him.

Brian Kemp did not attend the Save America event. Trump did, however, shout out Republican Vernon Jones, who was at the rally on Saturday and intends to challenge Kemp for governor in the next election.