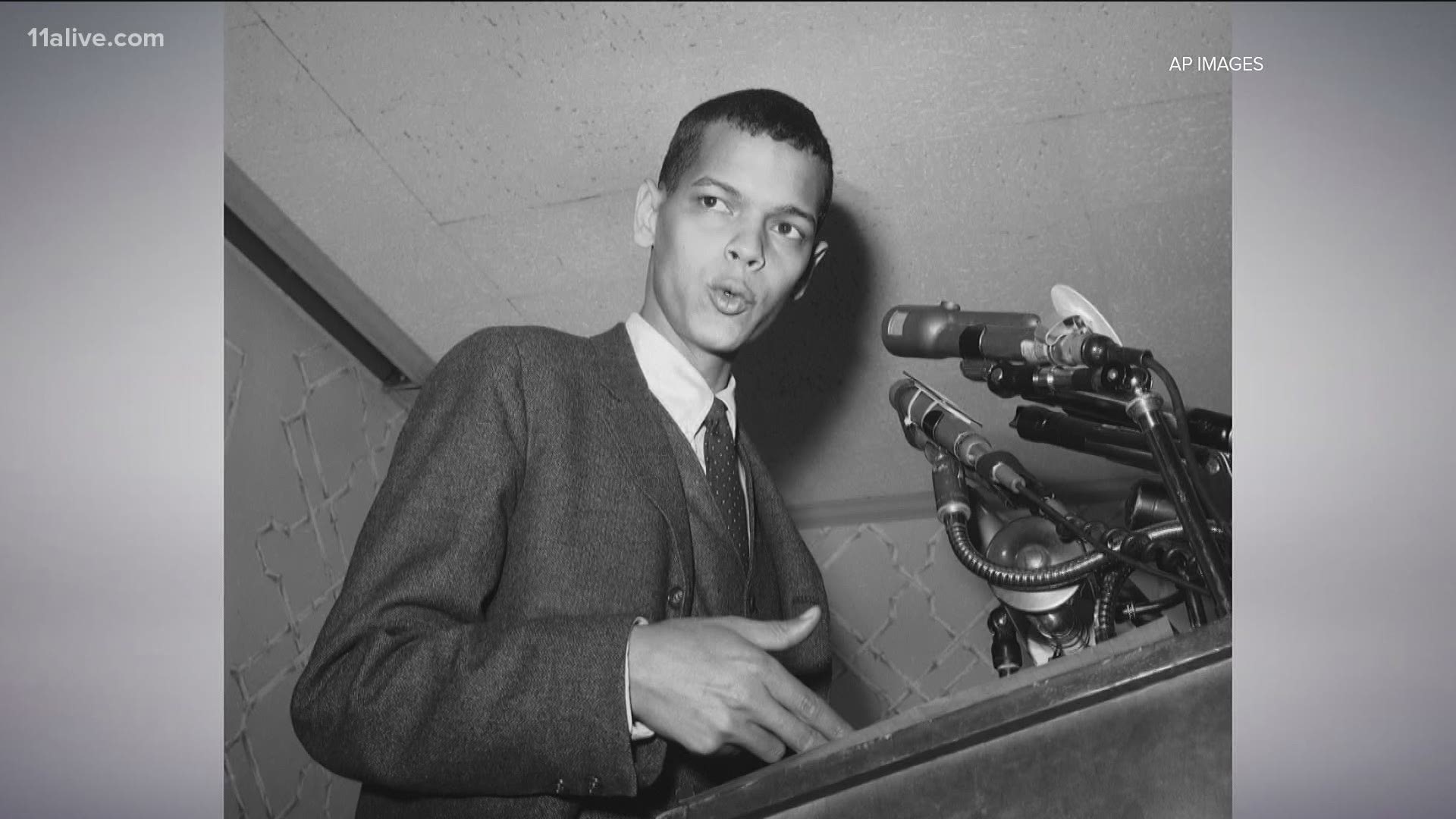 ATLANTA — When former president Donald Trump’s impeachment trial beings Tuesday in the U.S. Senate, he will be planning, in effect, to call the late Atlanta civil rights leader Julian Bond as a defense witness.

Trump’s attorneys are trying to use a legal precedent, in a case involving Julian Bond, to try to exonerate Trump.

RELATED: What to watch as Trump's 2nd impeachment trial kicks off Tuesday

Julian Bond would be, his son says now, amused that Trump’s attorneys are arguing that Trump should be acquitted of impeachment in the Senate trial partly because of a Supreme Court ruling in an old case involving Julian Bond.

“I’m very surprised, and they must not have a very good defense,” said Bond’s son, Michael Julian Bond, on Monday. "Because my father’s case, and the case I assume is being presented on behalf of the former president, are very, very different... What I see them doing is grasping at straws. My father’s case is very different."

The year was 1965, and Julian Bond had just been elected, in Atlanta, to serve in the Georgia House of Representatives.

But before Bond was sworn into office, a reporter interviewed him, and asked about his stance on the controversial Vietnam War. Bond answered that he was opposed to the war.

“And due to those public statements,” said Emory University School of Law Professor Fred Smith on Monday, “state legislators refused to seat him.”

Members of the state House, led by Georgia House Speaker James “Sloppy” Floyd, accused Bond of encouraging young men to break the law and dodge the draft in order to refuse military service in the Vietnam War, which Bond insisted he had never done.

In Bond vs. Floyd, “A federal court ruled in favor of the state House” Prof. Smith said. “And then the U.S. Supreme Court ultimately sided with Bond.”

And Bond took his seat.

One of the core issues in the Bond case, Smith said, is, “To what extent is a public official’s speech protected by the First Amendment?”

Now attorneys for former President Trump are saying, in their trial memorandum, that Trump was merely exercising, at the big, pro-Trump rally in Washington, D.C., on Jan. 6, his own First Amendment rights, and not inciting anyone to break the law, just prior to his supporters invading the U.S. Capitol. And Trump’s attorneys are citing the U.S. Supreme Court ruling in the 1966 Bond case.

Michael Julian Bond¸ an Atlanta City Council member, pointed out what he sees are key differences in the two cases, such as his father, prior to his being sworn-in, speaking one-on-one with a reporter who asked his stance on the Vietnam War, while then-President Trump addressed millions of people about what he believes was a “stolen” election and, according to the impeachment article against him, incited rioters to storm the U.S. Capitol in revolt.

“My father was not addressing a crowd, or directing individuals, he was simply asked for his opinion” about the Vietnam War, Bond said.
“I think it’s a quite creative citation,” said Emory's Smith.

Prof. Smith said that while it may be creative, it does not necessarily support Trump’s case for acquittal.

Trump’s attorneys, in their brief, referred to how, in that 1966 U.S. Supreme Court ruling for Bond, that, “The Georgia House of Representatives was, in fact, forbidden by the First Amendment from punishing Bond.... So a legislature (such as Congress) cannot punish an elected official (as Trump was last month) for protected, political speech.”

“The (former) president’s lawyers are looking for cases in which public speech by a public official has, in fact, been protected speech,” Smith said, and the Trump attorneys believe the Bond case may fit the bill.

Michael Julian Bond thinks his late father would have been amused to think Trump was depending on him for acquittal.

“He would have a wry smile, based on them grasping in his direction to try to save the former president," he said.

“Once again,” Prof. Smith said, “Georgia finds itself on the front lines of an important debate.”