The president was on hand for seven innings before heading back to the White House. 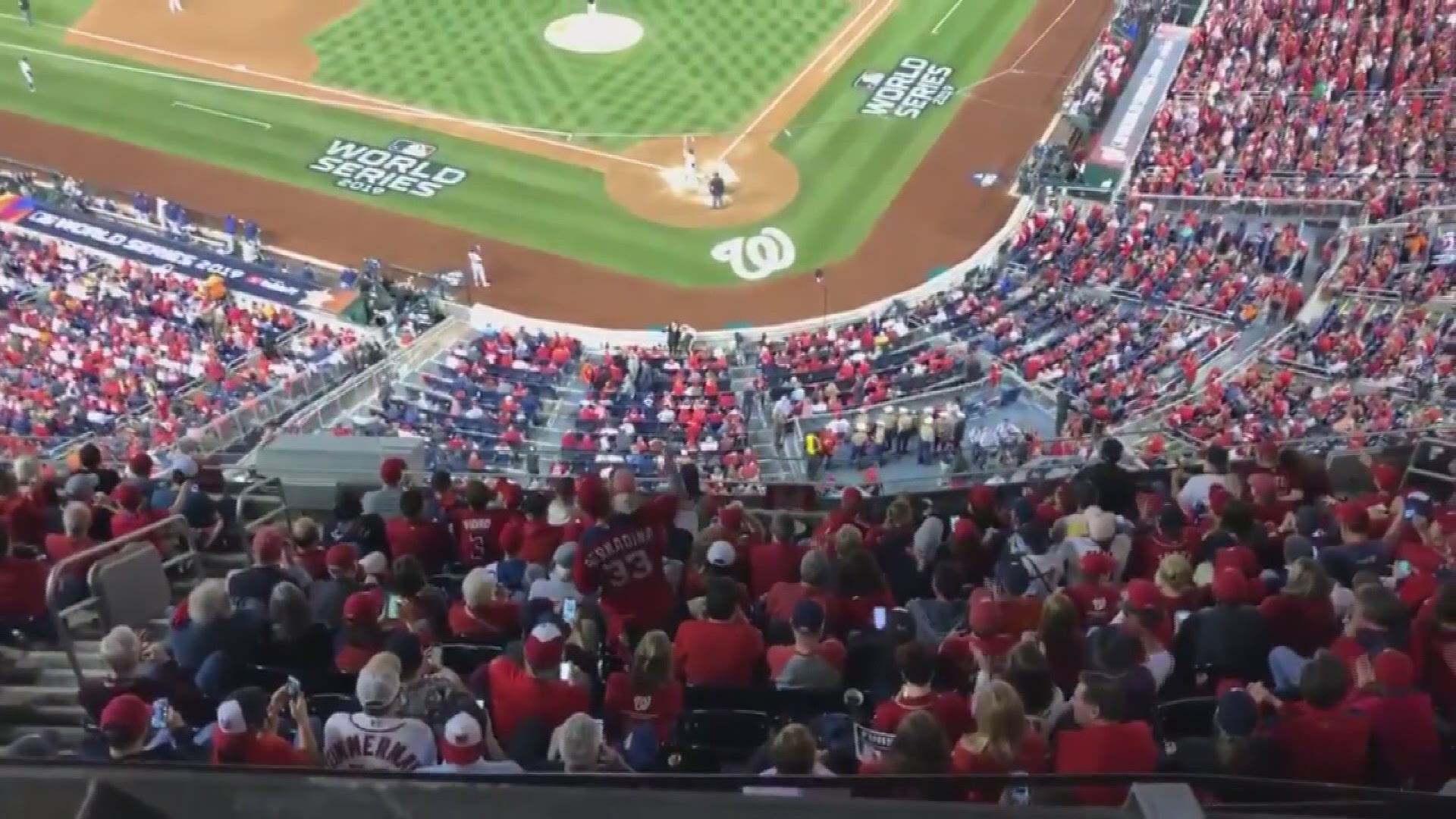 His office said Perdue was "truly honored" to join the president and first lady for Game 5 between the Washington Nationals and Houston Astros.

The president was on hand for seven innings before heading back to the White House. The Astros took a 3-2 series lead with a 7-1 victory in Game 5.

His office made the point to mention to 11Alive that "he made it clear he would prefer to watch the Braves in the World Series."

Credit: AP
Sen. David Perdue, R-Ga., takes a selfie with President Donald Trump during the seventh inning of Game 5 of the baseball World Series between the Houston Astros and the Washington Nationals Sunday, Oct. 27, 2019, in Washington. (AP Photo/Pablo Martinez Monsivais)

Fox News' Bret Baier interviewed Perdue about the impeachment inquiry and the death of an ISIS leader. But during the conversation, Baier asked him about his time with the president at the game.

"We talked about why the Braves weren't there," he said with a smile. "I'm a Nats fan but I cheered for the Braves all night."

Baier also asked Perdue about the crowd's reaction to Trump at the game. Some attendees cheered, while others booed and yelled "lock him up."

"It just shows how out of touch this town is Bret," he said. "They have no idea how this president got elected."

Until Sunday night, Trump had yet to attend a major league game as president even though the White House is a few miles northwest of Nationals Park.

A dozen or so other congressional lawmakers accompanied the president, according to a list provided by the White House, including Sens. Lindsey Graham of South Carolina.

The president saw a range of reaction, from cheers and thumbs-up gestures to boos and chants of "lock him up."

What a moment: Fans, players at World Series stand up to cancer

Simone Biles didn't just throw the 1st pitch of Game 2 of the World Series - she flipped and twisted, too!