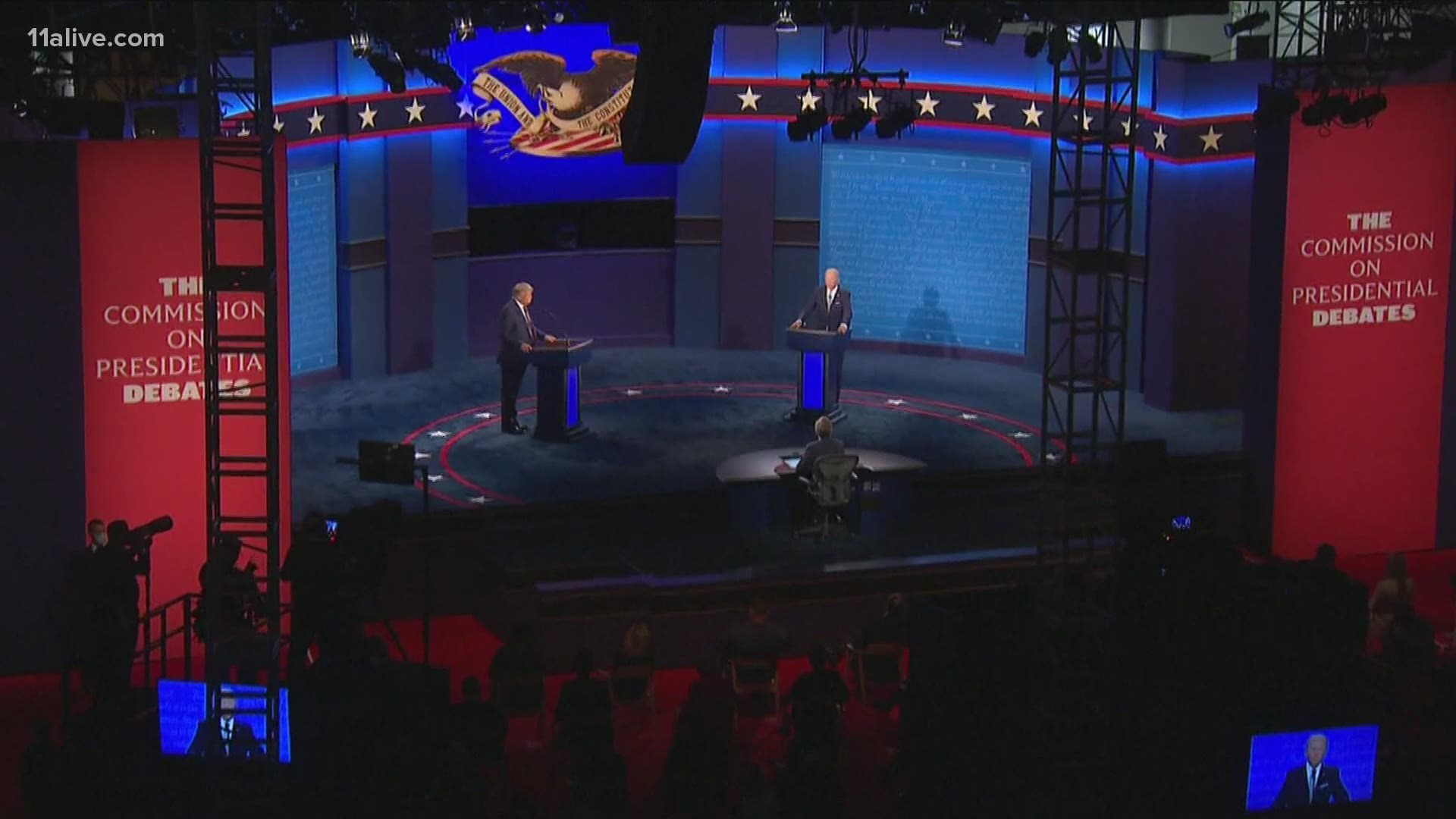 ATLANTA — In a moment that drew perhaps the most significant outcry following the presidential debate on Tuesday night, a white supremacist group appears to have taken remarks by President Trump as a subtle endorsement.

Challenged by moderator Chris Wallace of Fox News to condemn white supremacist groups, the president deflected to critiquing Antifa, then asked for a specific group to condemn.

RELATED: Trump to far-right extremists: 'Stand back and stand by'

According to NBC News, that comment was received enthusiastically by the white supremacist group, which describes itself as motivated by a "western chauvinist" ideology.

NBC News reported an account associated with the group on the messaging platform Telegram wrote, "Standing down and standing by sir."

The UK's Independent reported an organizer for the group wrote on Parler, a free speech network popular with groups that have been banned from Twitter: "Standing by sir."

Proud Boys were listening to Trump’s “stand by” on their Telegram channel:#Debates2020 #ProudBoys pic.twitter.com/mH5zTx5Qqj

A professor at Elon University in North Carolina who tracks extremism, Megan Squire, told NBC, "to say Proud Boys are energized by this is an understatement."

One progressive activist collective called The Frontline - representing the Movement for Black Lives’ Electoral Justice Project, Working Families Party, and United We Dream Action - condemned it as a "rallying cry."

RELATED: Trump, Biden lash out, interrupt each other throughout first presidential debate

The Proud Boys formed around the time of President Trump's presidential campaign, led by the Vice Media co-founder Gavin McInnes. The Southern Poverty Law Center classifies the Proud Boys as a hate group and says they are known to "regularly spout white nationalist memes and maintain affiliations with known extremists."

They have had particular recent prominence in the Pacific Northwest, where they have clashed with antifascists in cities like Portland and Seattle.

It's not clear what kind of presence the group maintains in Georgia. A 2019 SPLC accounting of hate groups in the state included the Proud Boys, but they did not appear to have a significant declared presence at a recent demonstration by white nationalist groups in Stone Mountain - where neo-Confederate groups like the III% Security Force appeared to be the primary organizers.

The president visited Atlanta last week to make a case to Black voters for his administration as a vehicle for Black economic empowerment.

There, he touted a plan to promote Black businesses, make Juneteenth a national holiday and designate the KKK (as well as Antifa) a terrorist organization.

He said Black voters had been "taken for granted" by Democrats.

11Alive is reaching out to numerous voices to get their perspective on this moment in the debate. See the reaction today on 11Alive at 5.