These judges on Trump's Supreme Court list have Georgia ties

The president has issued shortlists for his potential pick that include a small handful with ties to Georgia. 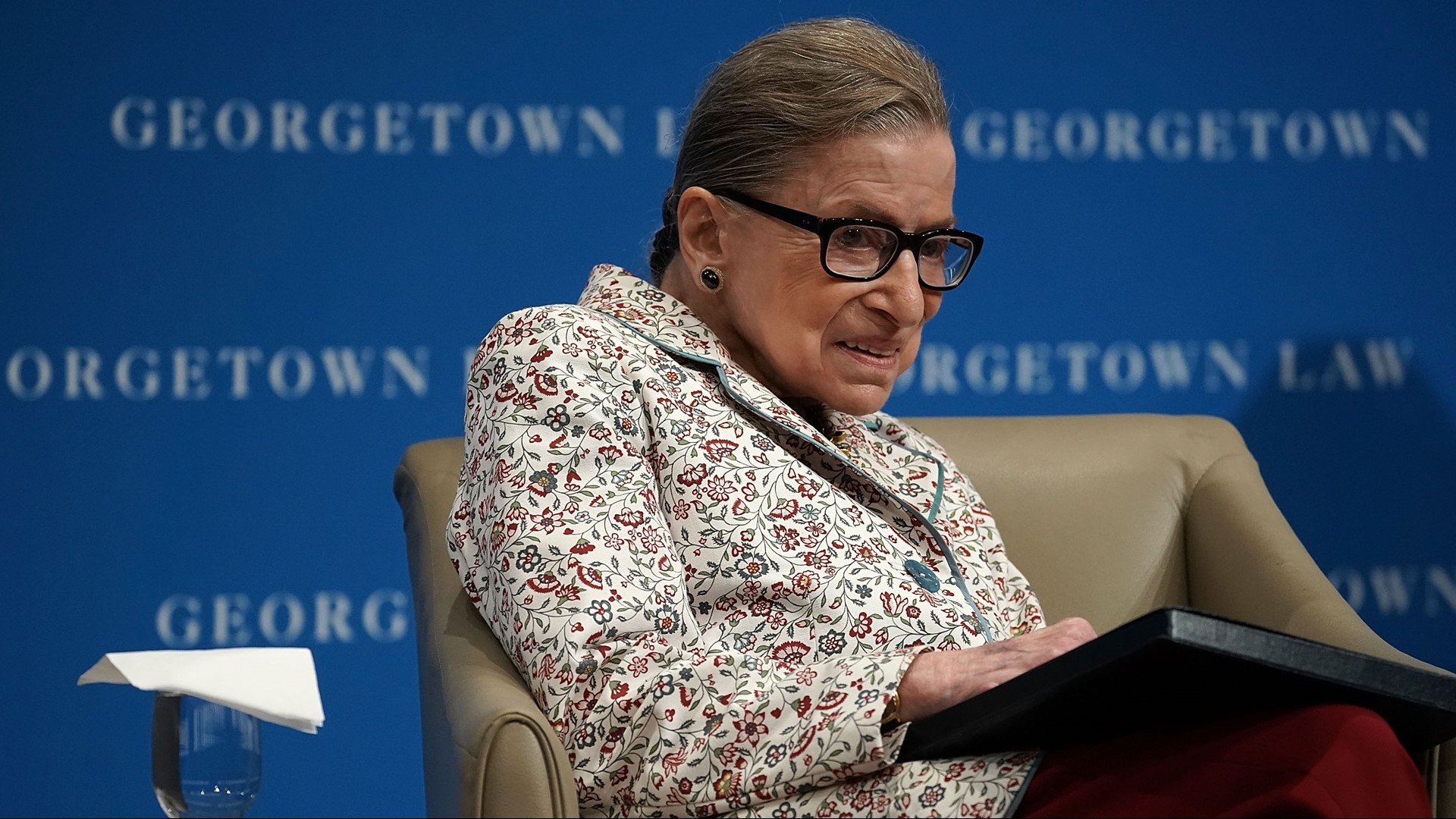 ATLANTA — President Trump has made clear he will be promptly putting forth a nomination to fill Ruth Bader Ginsburg's seat on the Supreme Court following the towering justice's death at 87 on Friday night.

The president called on the Senate to come to a vote "without delay" once his selection is made, possibly as early as next week.

RELATED: Trump to Senate: Vote 'without delay' on his high court pick

There are a number of judges with ties to Georgia on these lists. Here's who they are:

Judge Grant currently sits on the Atlanta-based 11th Circuit Appeals Court, and before that she sat on the Georgia Supreme Court from 2017-18.

Born and raised in Atlanta, Grant clerked for Justice Brett Kavanaugh when he was a judge on the D.C. Appeals Court, from 2007-08. She was nominated by President Trump to serve on the 11th Circuit Court in 2018, and was confirmed in a 52-46 vote in July that year.

She has in the past served as the president of the Atlanta Chapter of the conservative Federalist Society, and is considered a "stellar conservative" by groups such as the Heritage Foundation.

Just 42 years old, she was considered an appealing pick for the president when she was first named a possibility in part for how long she would serve on the Court.

While liberal groups consider her "extreme," she noted in her confirmation process that she considers Roe v. Wade settled law and said, "I do agree that the decision in Roe v. Wade is a precedent of the United States Supreme Court that I will be bound to apply faithfully if confirmed."

The Northwestern University Law Review cites some of her major opinions. One includes overturning a man's conviction for his involvement in a drive-by shooting at Lil Wayne's tour bus.

In that case, Winfrey v. State, Grant indicated a philosophical bent for judicial restraint. She found a lower court judge had inappropriately "implied a desire to sentence the defendant and noted his proclivity for harsh sentences" when the judge suggested to the man he would get a lighter sentence for pleading guilty instead of not guilty.

Justice Blackwell has served on the state Supreme Court since 2012, when he was appointed to the bench by Gov. Nathan Deal.

He was born and raised in Cherokee County, and attended the University of Georgia both for undergrad and law school. He clerked for Judge J.L. Edmondson on Atlanta's 11th Circuit Appeals Court and has been both an assistant district attorney in Cobb County, where he now lives, and has served served as a deputy special attorney general for the state in constitutional litigation, according to his official biography.

Like Grant, he is associated with the Federalist Society, serving as a member of the board of advisors for the Atlanta chapter. He was described as a "conservative standout" and "excellent choice" by the conservative National Review when he was appointed by Gov. Deal in 2012.

While the 45-year-old is broadly aligned as a conservative jurist, he has said he thinks it is "very unfortunate that people tend to view the decisions through the lens of partisan affiliations and who the party of the appointing president or governor was."

Among his opinions, Blackwell notably dissented from Grant in Winfrey v. State.

The Northwestern University Law Review cites among his other notable opinions Lejeune v. McLaughlin, saying in that case the justice "overturned forty years of precedent to hold that a defendant, not the state, bears the burden of proof in showing that a guilty plea 'was not voluntary, knowing, or intelligent.'"

The Trump shortlists feature three other judges who do not have extensive Georgia ties, but who do sit on the Atlanta-based 11th Circuit Appeals Court.