Trump thanks Loeffler for 'downright nasty and mean' support during impeachment

The new Georgia senator was among the lawmakers the president thanked as he made a statement about his impeachment acquittal. 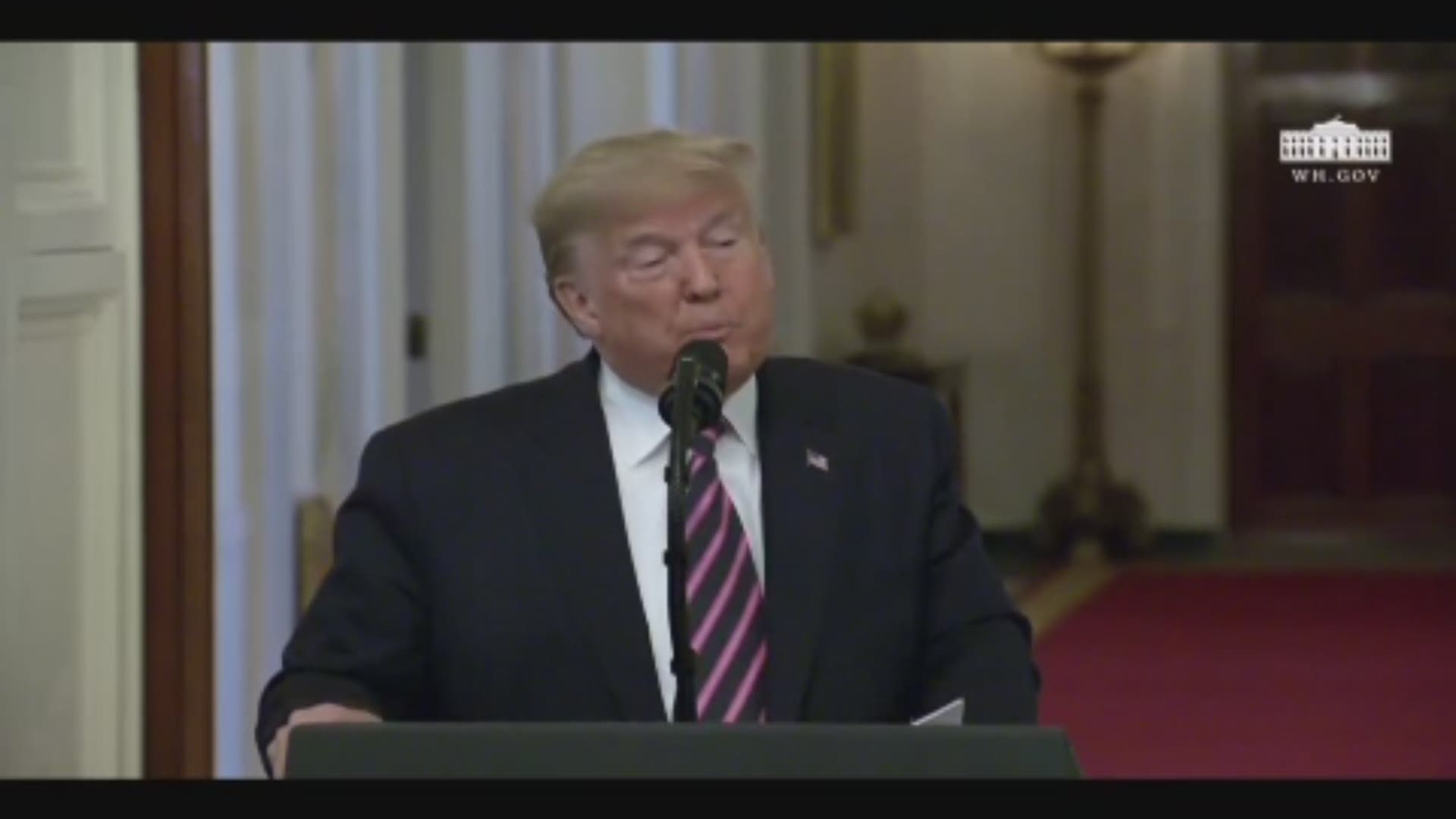 ATLANTA — President Trump thanked Sen. Kelly Loeffler for her "downright nasty and mean" support as he spoke about his impeachment acquittal on Thursday.

The president gave a lengthy address in front of supporters at the White House, declaring vindication against Democrats who had impeached him on the grounds that withholding military aid to Ukraine in exchange for political favors amounted to "high crimes and misdemeanors."

Among the senators he thanked for their "No" votes on impeachment was Loeffler, appointed by Gov. Brian Kemp last month to fill Johnny Isakson's seat until a special election in November.

Loeffler had stiffly opposed impeachment, speaking out and running ads against it, as she positioned herself as a strong ally of the president's.

"The partisan impeachment circus is over and we are moving on," Loeffler wrote on Twitter on Wednesday night. "Now, let’s get back to work and deliver results."

On Thursday, Trump thanked her personally.

Loeffler then stood to applause.

It's not clear if Trump's reference to "great support from other people in that state" meant Rep. Doug Collins, whom he reportedly originally preferred as the pick to fill Isakson's seat.

Collins was reportedly sitting a couple rows in front of Loeffler, and Trump gestured in that direction as he said it.

Collins has announced he will run in the special election against his fellow Republican Loeffler in November.