The project would add extra weight to construction of the proposed I-75 truck-only lanes between metro Atlanta and Macon. 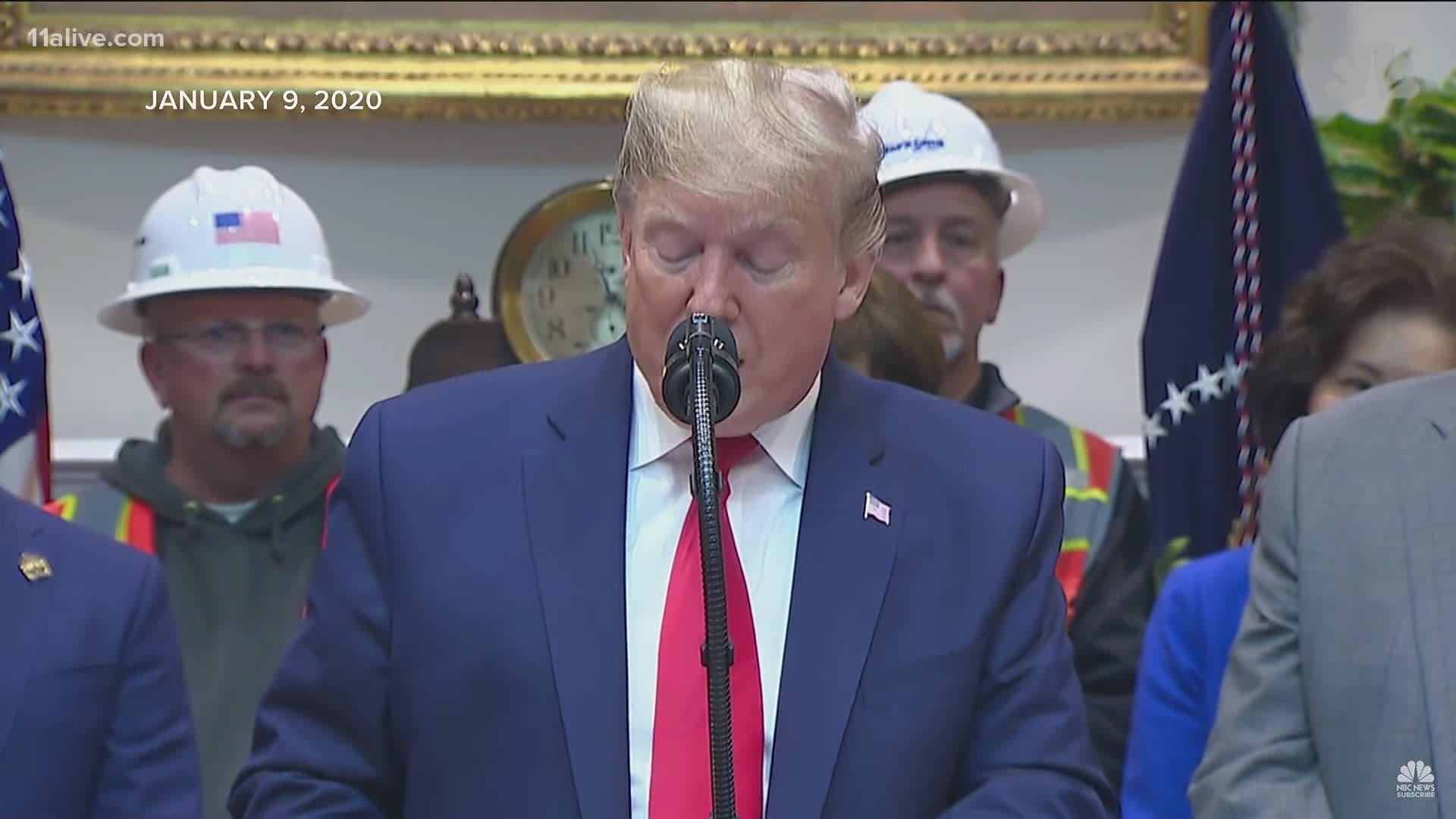 ATLANTA — President Donald Trump will be visiting metro Atlanta on Wednesday afternoon for the sixth time since becoming chief executive.

This trip will take him to the UPS Hapeville Airport Hub, which is located at Hartsfield-Jackson International Airport.

According to a White House official, while there, the president will announce the implementation of a new policy allowing for expedited infrastructure projects in the Atlanta area and across the nation. The official said he is expected to champion his actions to cut red tape and remove burdensome regulations.

In particular, the rule changes that the president is expected to address, according to that same White House official, are tied to regulations associated with infrastructure projects like the Interstate 75 Commercial Vehicle Lane expansion project.

The project would create barrier-separated truck-only lanes on I-75 from metro Atlanta to Macon, with a projected opening date of 2028.

According to a fiscal estimate published in 2018 by the highway construction industry trade journal Roads & Bridges, the barrier-separated lanes are expected to cost about $1.8 billion to construct. Funding for the lanes was approved by the Georgia General Assembly as part of its $11 billion Major Mobility Investment Program in 2015.

Estimates indicate that the lanes would reduce delays for truck traffic between Atlanta and Macon by about 40 percent by 2030.

The non-tolled truck-only lanes would extend from the I-475/75 split just north of Macon to the McDonough Road exit (Georgia 155) in Henry County. This is located about five miles south of the end of the I-75 South Metro Express lanes.

The project would enhance freight mobility from the Port of Savannah and Florida, according to a White House official, and promote economic development along the corridor.

Prior to the rule, the official said, it took an average of seven years to permit a highway project in the United States. Under the new rule, the process would be cut to under two years.

11Alive will have full coverage of President Trump's visit to metro Atlanta on Wednesday afternoon.