Two bills are challenging Georgia's voting rights law. What will it take for them to pass the Senate? 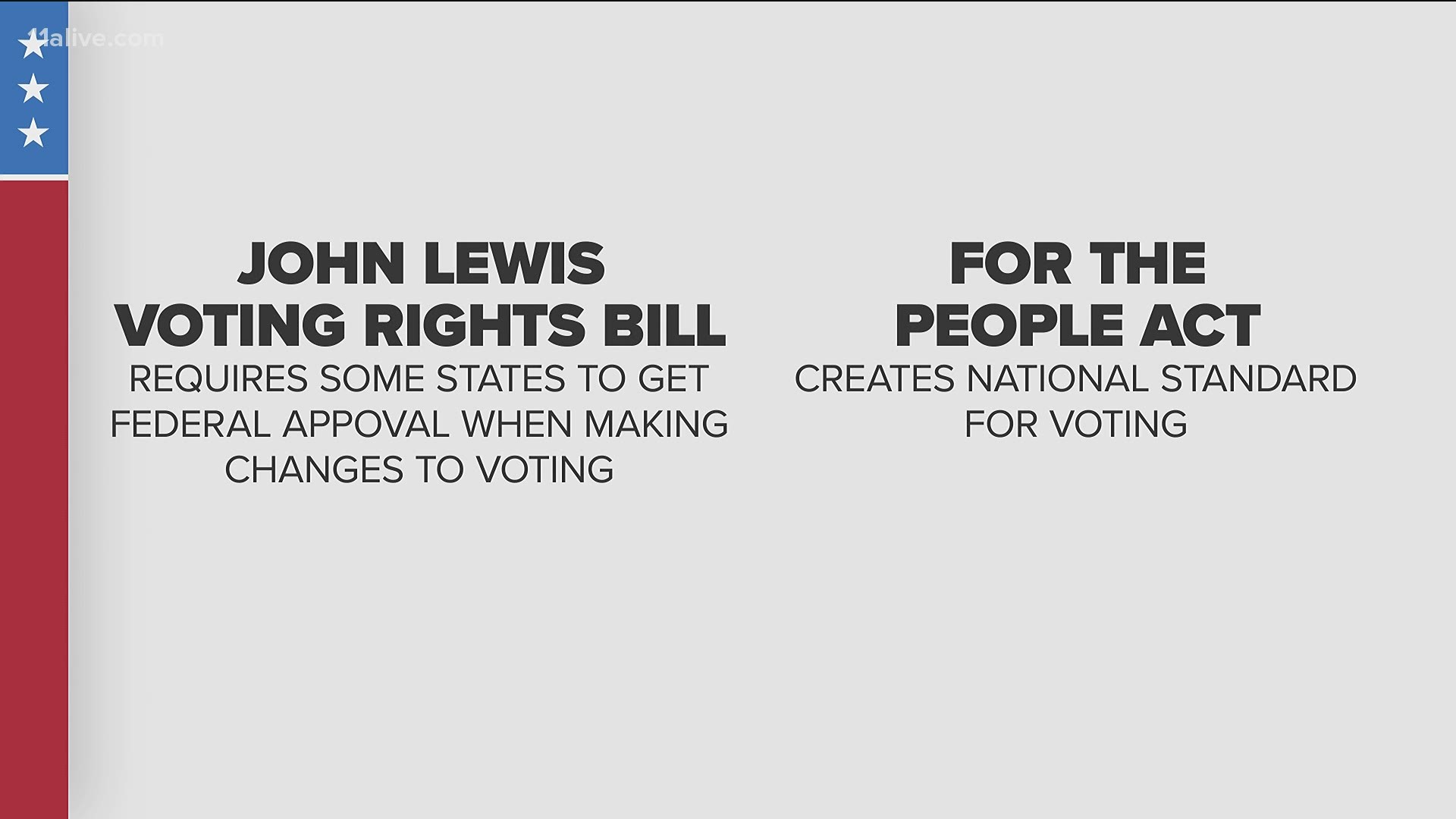 Some activists like Dr. Bernice King called on Congress to take action.

"There's a major assault on the crown of my father's work - The Voting Rights Act," King said. "It will be a win for democracy if the U.S. Senate will pass legislation, that will correct the voter suppression laws."

Two bills challenge the new voting law in Georgia and other states are facing a tough go in the Senate right now.  The first bill is the John Lewis Voting Rights Bill. If passed, the legislation named after the Atlanta civil rights icon would require some states to get federal approval before making any changes to its voting process.

The other bill up for debate in Congress is the For the People Act. If that one becomes law, it would create a national standard for voting processes.

"It's making much more of the elections process national opposed to leaving it up to the states," said Dr. Andra Gillespie, a political science professor at Emory University. "It is much more controversial."

Gillespie said these two voting bills would be Congress' way of challenging election laws passed in states like Georgia.

The real challenge, she said, is getting either passed. Ten republicans need to join all Democrats to move either bill to President Joe Biden's desk.

House Democrats are worried about how the GOP is changing the voting process at the state level. Meanwhile, House Republicans said their goal is to restore voter confidence. House Democrats will meet Thursday to talk about how they'll continue pushing these bills forward.

Tuesday night, Vice President Kamala Harris said she is not giving up on passing these bills.

"There's a lot at stake on this issue that is about the legislation," she said. "But it is also about fundamental rights and we're not giving up."