Uber, Lyft riders among those to face new taxes under mass transit proposal

The surcharge was part of a proposal unveiled Wednesday by Republicans in the Georgia House. 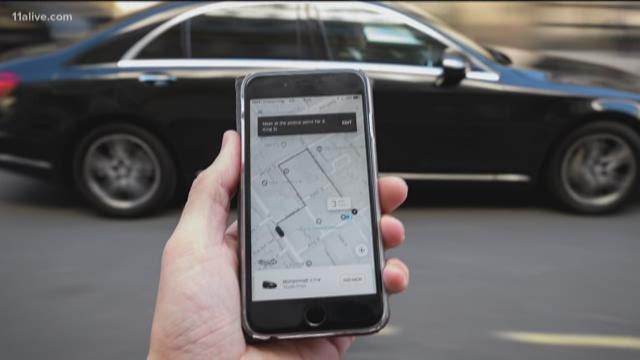 ATLANTA -- Riders of Uber and Lyft would be among those facing new taxes under a mass transit proposal unveiled by Republicans in the Georgia House. The far-reaching measure would fund mass transit projects around the Atlanta region.

At first, it was about consolidation – putting under one umbrella the myriad of metro Atlanta transit systems that go from Atlanta to Cobb and Gwinnett and beyond. But now it’s about funding expansion, with new state taxes in a Capitol that is mostly loathe to raise taxes.

The funding would be for expanded transit -- projects that are unspecified for now, but with funding that's now very specific.

It imposes a 50-cent per ride tax on rideshare services like Lyft and Uber, plus a 50-cent tax on taxis and limo services. It also adds a penny sales tax on concession sales at Atlanta's Hartsfield-Jackson International Airport.

All of this would raise $40 million per year for mass transit expansion, according to the bill's sponsor.

"And the good thing about this is that the people paying for that will be the people also utilizing the services in the region," Tanner said.

Tanner says the state has declined, thus far, to impose sales taxes on rideshare services. The 50 cent per ride surcharge, he says, is a bargain by comparison. We contacted Uber for comment, but haven't heard back.

One real question is whether Georgia lawmakers, seeking re-election this year, will have the stomach for anything that has the whiff of new taxes.

Uber released a statement to 11Alive saying thier service can compliment public transit.

"At Uber we believe that ridesharing complements public transit, and together we can reduce congestion and keep Georgia moving forward. We look forward to continuing our conversations with the Legislature about a solution that makes sense for riders and drivers, while making clear that Georgia is receptive to new technologies.”