The John Lewis class of oilers are being named for people who fought for civil and human rights. 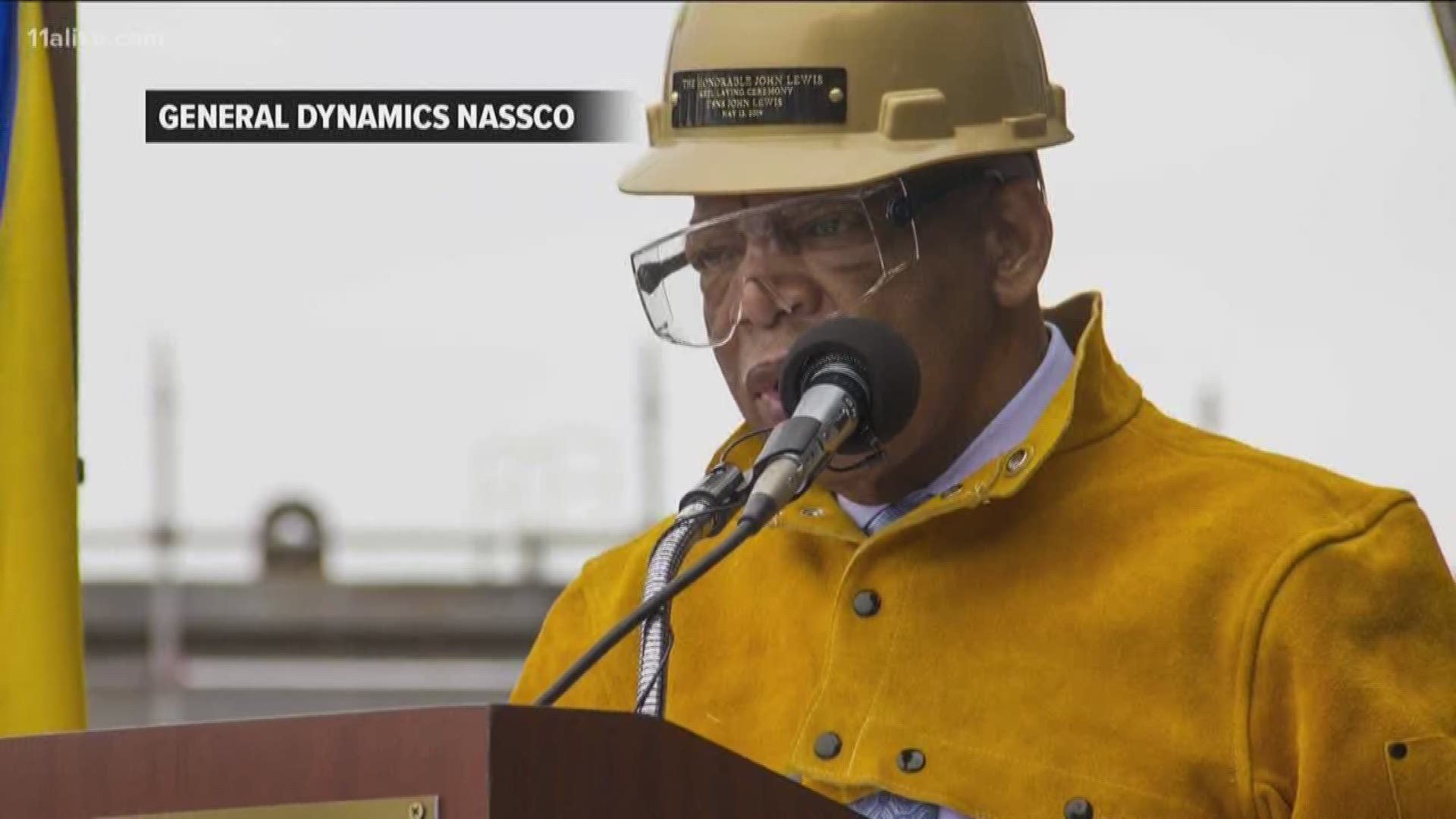 US Rep. John Lewis was on hand for the keel-laying of a future naval vessel that will be named for the Georgia House member and civil rights icon.

The naval vessel USNS John Lewis (T-AO-205) is the first in a new class of fleet replenishment oilers, which was first authorized in 2016, according to the Naval Vessel Register. Not only is the new ship named for the Atlanta-based civil rights legend, but the entire class of ships is named for Lewis.

The Navy plans to purchase 20 John Lewis-class oiler vessels. The first six of them have already been ordered.

In January 2016, when then-Naval Secretary Ray Mabus announced the naming of the USNS John Lewis, he said that the ship would play a vital role in the ongoing mission of the Navy and Marine Corps around the world.

"Naming this ship after John Lewis is a fitting tribute to a man who has, from his youth, been at the forefront of progressive social and human rights movements in the U.S., directly shaping both the past and future of our nation," Mabus said at the time.

In July 2016, Mabus told Congress he intended the John Lewis class oilers to be named for prominent civil rights activists and leaders.