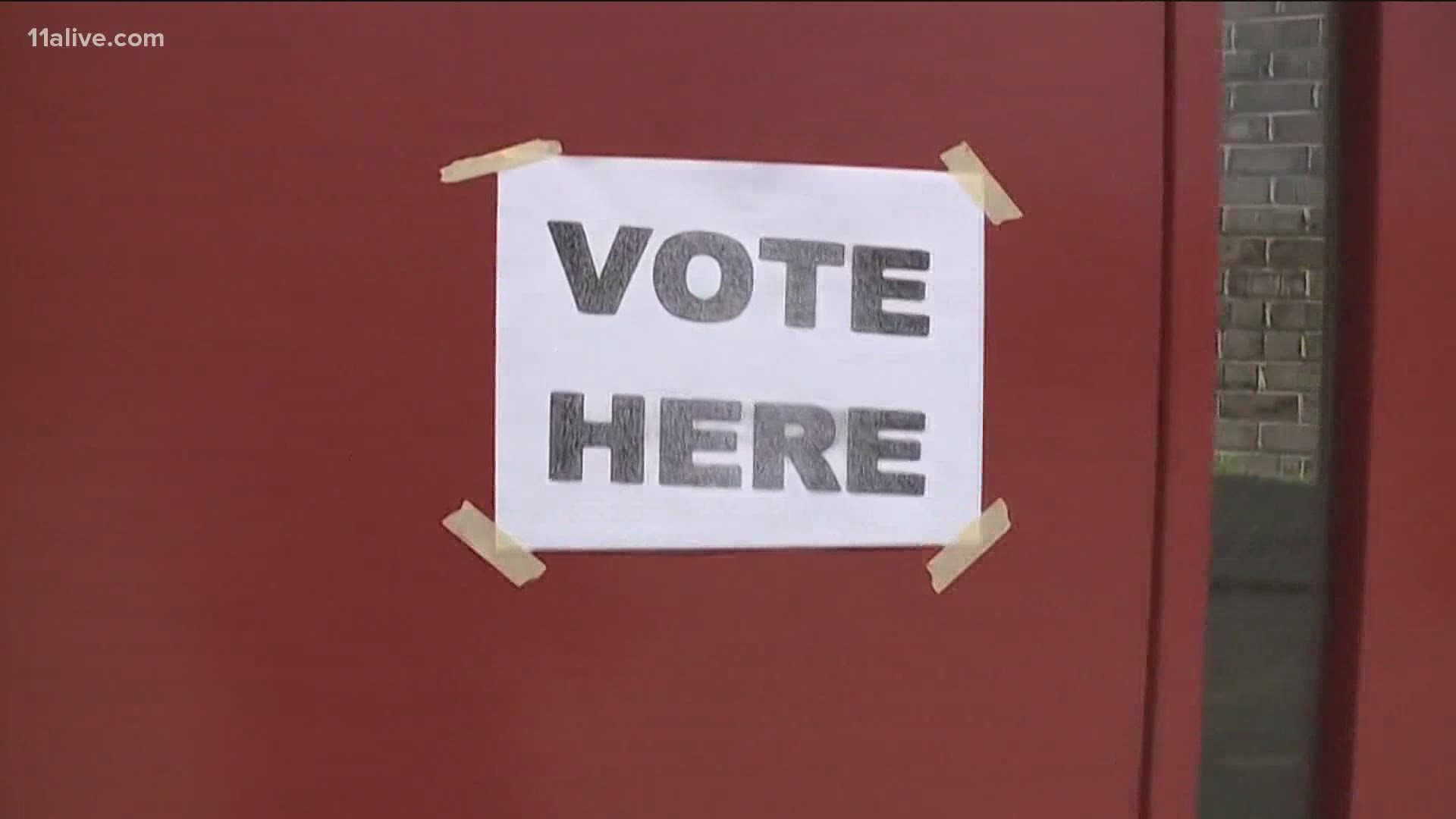 ATLANTA — Georgia elections once again landed in the national spotlight on Monday.

Democrats argued the new Georgia voting law known as SB 202 will make it harder to cast a ballot, especially for people of color. Republicans claim it will make the state's elections more secure.

Monday marked the first time in two decades such a field hearing had been held.

Georgia U.S. Senator Raphael Warnock testified SB 202 is a Republican response to the 2020 election, where a record number of Georgians voted, leading to the election of two Democratic U.S. Senators, Jon Ossoff and himself.

"Georgia became the first of now 19 states in just a few short months to pass laws that restrict voter turnout in the wake of the November 2020 election," Warnock said.

"This a coordinated effort to limit American's freedom to vote," said Sen. Amy Klobuchar said of voting laws being passed in state after state around the country.

Klobuchar led the hearing which only included Democratic voices.

"We, of course, gave the opportunity for our colleagues on the other side of the aisle to provide witnesses to defend the law, but they chose not to have anyone here or had trouble finding anyone here to defend this law," Klobuchar said.

"I encourage Senator Klobuchar, Ossoff, the other members of the committee, and a lot of the naysayers including people in the national media, they should actually just read this bill," Governor Brian Kemp said in a phone call with reporters as the hearing closed.

Kemp said Democrats have their facts wrong on SB 202, with the governor claiming it doesn't limit voter access but strengthens ballot security.

"Secures drop-boxes, expands early access for voting and it implements a voter ID requirement on absentee ballots. Which has broad support in Georgia and across the country," Kemp said.

In Monday's hearing, Democrats said the new law limits the number of drop boxes and hours for early voting, creates hurdles to receive an absentee ballot, and allows for the state to take power away from local election officials.

"These restrictions aren't meant to solve any real problem observed in the administration of Georgia elections. The only real problem for Georgia's GOP is that they lost," Ossoff said of SB 202. "Partisan legislation intended to make it harder for some voters to vote to protect Republican power in this state."

Kemp said the hearing and criticism of SB 202 is a result of Democrats proposing, but so far failing to pass federal voting rights legislation in Washington D.C.

"The truth is on our side. This is a common-sense reform measure," he said. "It doesn't matter if it is the DOJ, DNC, or Senate Democrats, we aren't backing down. We are going to keep fighting for the truth and we are going to stand up for secure, accessible and fair elections."