Georgia has both Senate seats on the November ballot. 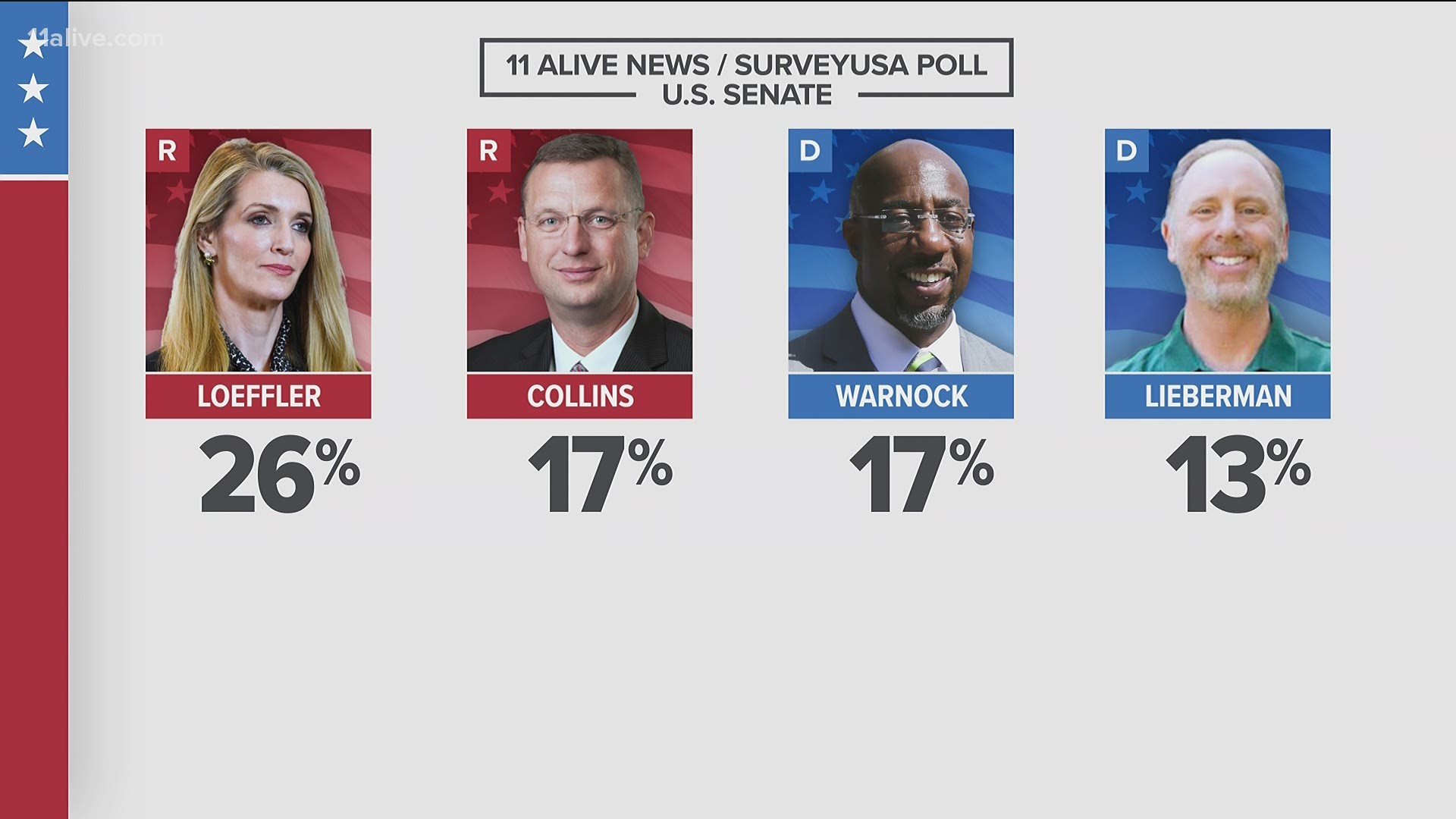 The raw numbers give Perdue an edge against his challenger, Democratic documentary filmmaker Jon Ossoff.  But our poll shows Perdue ahead of Ossoff 44 to 41 percent – which is a statistical tie, within the poll’s margin of error of about 5 percent.

"At this point, it’s any person’s race to lose. Incumbents usually like their poll numbers to be above fifty percent," said Emory political scientist Dr. Andra Gillespie. "So anytime their numbers are below fifty percent, that’s a sign they need to hustle."

The poll shows ten percent of voters still haven’t made a decision, with women voters twice as likely to be undecided as men.

"White women, particularly in metro Atlanta, are going to be getting a lot of attention from all of these campaigns. You’ve got to think Ossoff and Perdue are going to be going after them," said Republican strategist Brian Robinson.

Loeffler faces challenges from Republican Congressman Doug Collins, and Democratic pastor Raphael Warnock. Democrats Matt Lieberman and former US attorney Ed Tarver are also among the 21 names that will appear on the special election ballot.

Our poll shows Loeffler at 26 percent, Collins at 17 percent, tied with Warnock, also at 17 percent – then Lieberman at 13.  Loeffler's lead over Collins and Warnock are within the poll's statistical margin of error.

The poll indicates that Sen. Loeffler has effectively spent her campaign money.

"Right now, she has to feel good. She’s turned a new direction in the campaign. She had been trailing much of the year," Robinson said.

Our poll shows Loeffler is succeeding at winning over supporters of President Trump. It shows 55 percent of Trump supporters are backing Loeffler. Only 30 percent are backing Collins – despite Collins’s high-profile defense of Trump as the ranking Republican on the House Judiciary Committee during the president’s impeachment hearings.

Meantime, Democrats haven’t coalesced behind Lieberman or Warnock – though Warnock is raising a lot of money and building national support. The poll shows 28 percent of African American voters are still undecided about the US Senate race – with twelve weeks to go

"I think what we’re going to see in subsequent polling is whether Warnock is able to consolidate African American voters and Democratic voters more broadly," said Gillespie, who emphasized that an August poll cannot accurately predict what will happen in November.

It also shows 21 percent of voters in that Senate race are also undecided, most of them women.