The former state representative gained notoriety for his fierce support of the former president. 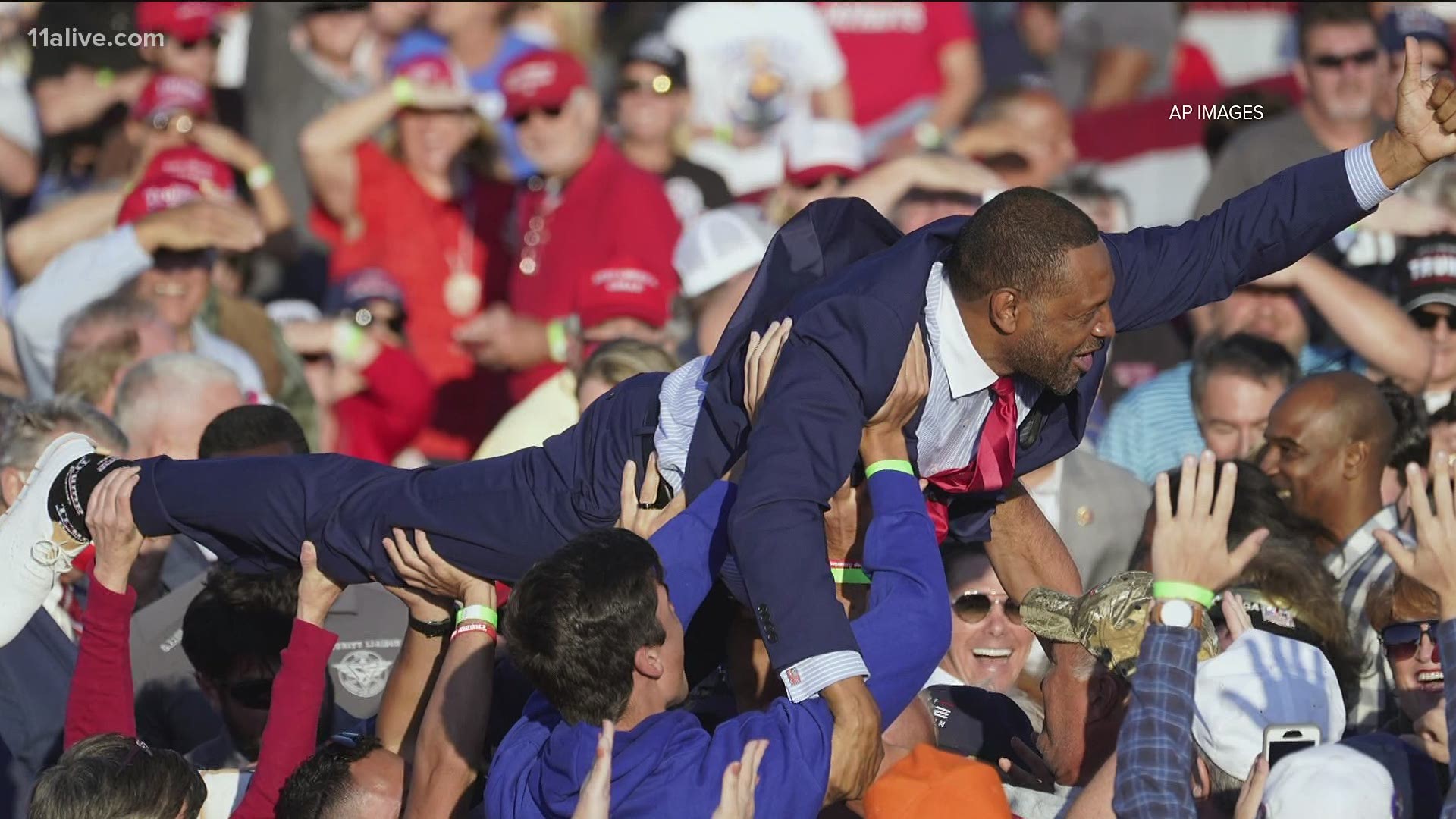 ATLANTA — Vernon Jones, the former Georgia state representative from DeKalb County who gained notoriety as a Democrat who fiercely supported former President Donald Trump, will make a run for governor as a Republican.

Jones will be looking to seize on the support and loyalty of Trump's conservative base in Georgia in trying to unseat Gov. Brian Kemp in the GOP primary next year.

The governor fell out of favor with the former president last year, over Trump's perception that Kemp wasn't doing enough to help him reverse his election loss in Georgia.

Jones became a favorite of the Trump base by appearing at rallies and steadfastly supporting the former president's false contention that the election had been stolen or "fixed." He was among the speakers at the Jan. 6 rally that preceded the storming of the U.S. Capitol by a pro-Trump mob.

RELATED: 'A leap of faith': Rep. Vernon Jones on crowd-surfing at a Georgia Trump rally - and why he'd do it again

Trump has vowed to get involved in the Republican primary campaign to support Kemp's challengers.

"The time has come. Georgia is ready!" Jones wrote on Twitter in teasing his announcement.

The time has come. Georgia is ready! pic.twitter.com/ClIcnF6JtI

He will be conducting a press conference to announce his candidacy outside the state Capitol at 10 a.m. on Friday.

"In the midst of a battle that will determine the future of not just Georgia, but the future of America and our great experiment known as Democracy, we need a fighter for Georgia," his release said. "Vernon Jones will address this need and his future efforts to put Georgia first."

Jones is one of a number of high-profile campaign announcements this week for 2022 races, including two Republicans who have declared a run against Sen. Raphael Warnock and a Democrat who has announced a run for attorney general against current Republican AG Chris Carr.