The Georgia Republican Party said in a news release that Pence will travel Georgia on Thursday, Dec. 17. 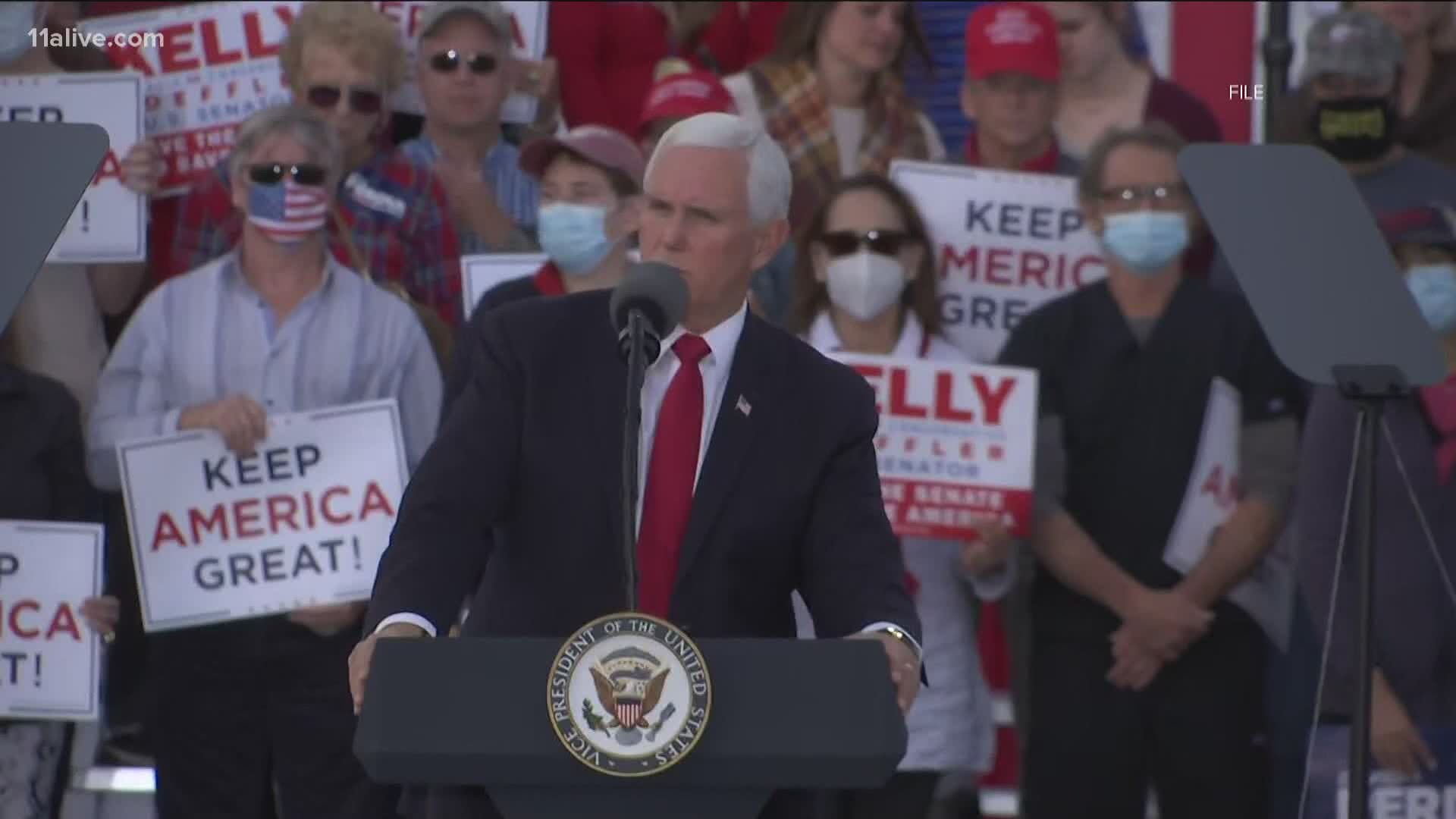 COLUMBUS, Ga. — One of the nation's top Republicans will be back in Georgia for a third time this month.

The Georgia Republican Party said in a news release Friday that Pence will travel to Columbus, Georgia on Thursday, Dec. 17.

He plans to once again highlight accomplishments from the Trump Administration and talk about the "importance of fighting for conservative legislators at a 'Defend the Majority Rally'," the news release said.

He will then travel to Macon, Georgia for another "Defend the Majority Rally" before returning to Washington D.C.

Pence came to Georgia on Dec. 4 for a roundtable session on COVID-19 at the Centers for Disease Control and Prevention in Atlanta. Before leaving the state, he joined other supporters of the GOP for a rally in Savannah.

And on Thursday, Dec. 10, Pence visited Augusta, Georgia for another "Defend the Majority Rally."

As Republicans throw their support behind Loeffler and Perdue, the Democrats have been pushing Georgians to vote for Ossoff and Warnock.

President-Elect Joe Biden is expected to come to the Peach state next week as well to boost support for the Senate hopefuls. His visit is scheduled for Tuesday, Dec. 15 where he will travel to Atlanta to campaign on behalf of Ossoff and Warnock.