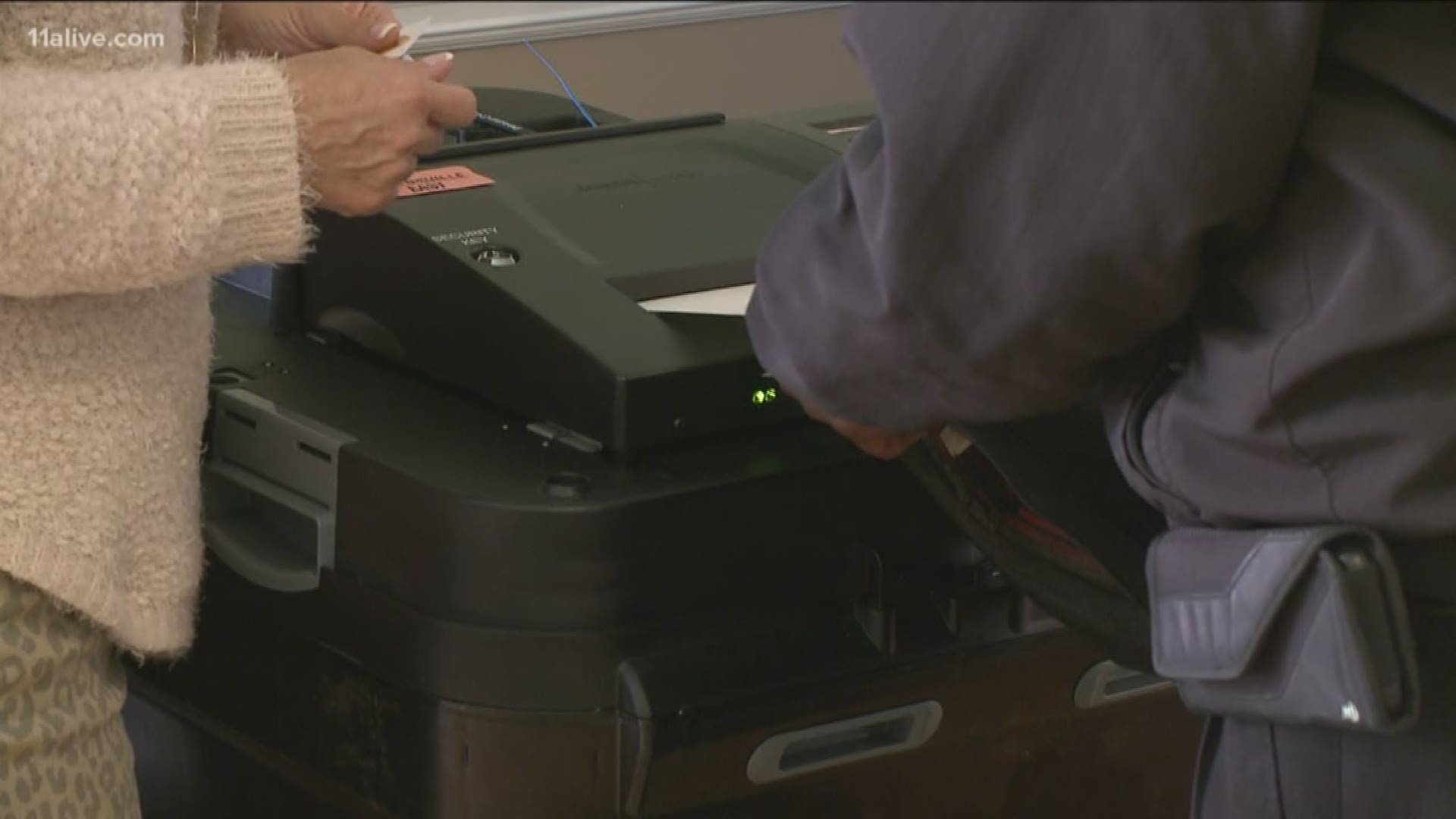 ATLANTA — Some Georgia voters are asking the state to change its voting rules for the 2020 election. The voters contend that the state may not be ready to roll out its new election system statewide by the presidential primary in March.

The group wants the state election board to make paper ballots an option in counties that aren't comfortable with the new machines.

That delivery also includes ballot printers, electronic poll books to identify voters and additional hardware. Poll workers will also have to be trained.  Early voting for the March primary starts in early March.

"In 2020, with the expected turnout for both the primaries and the actual presidential election - to take on that massive effort at that time period is very concerning," said Rhonda Martin, an elections activist.

She is among  those petitioning the state to adjust the rules for next year’s elections, which are run by each of the state’s 159 counties. They want the state to:

"If they can do a slower more incremental adoption of the new systems, that might make next year go a little easier," Martin said.

The decision will be up to the state election board. The secretary of state’s office says it is on track to troubleshoot machines and train people across the state in time for the March primary.  It would not comment on the specific proposals in the petition.