Casey Cagle responds to Trump's endorsement: I'm the only one who can defeat Democrat Stacey Abrams. 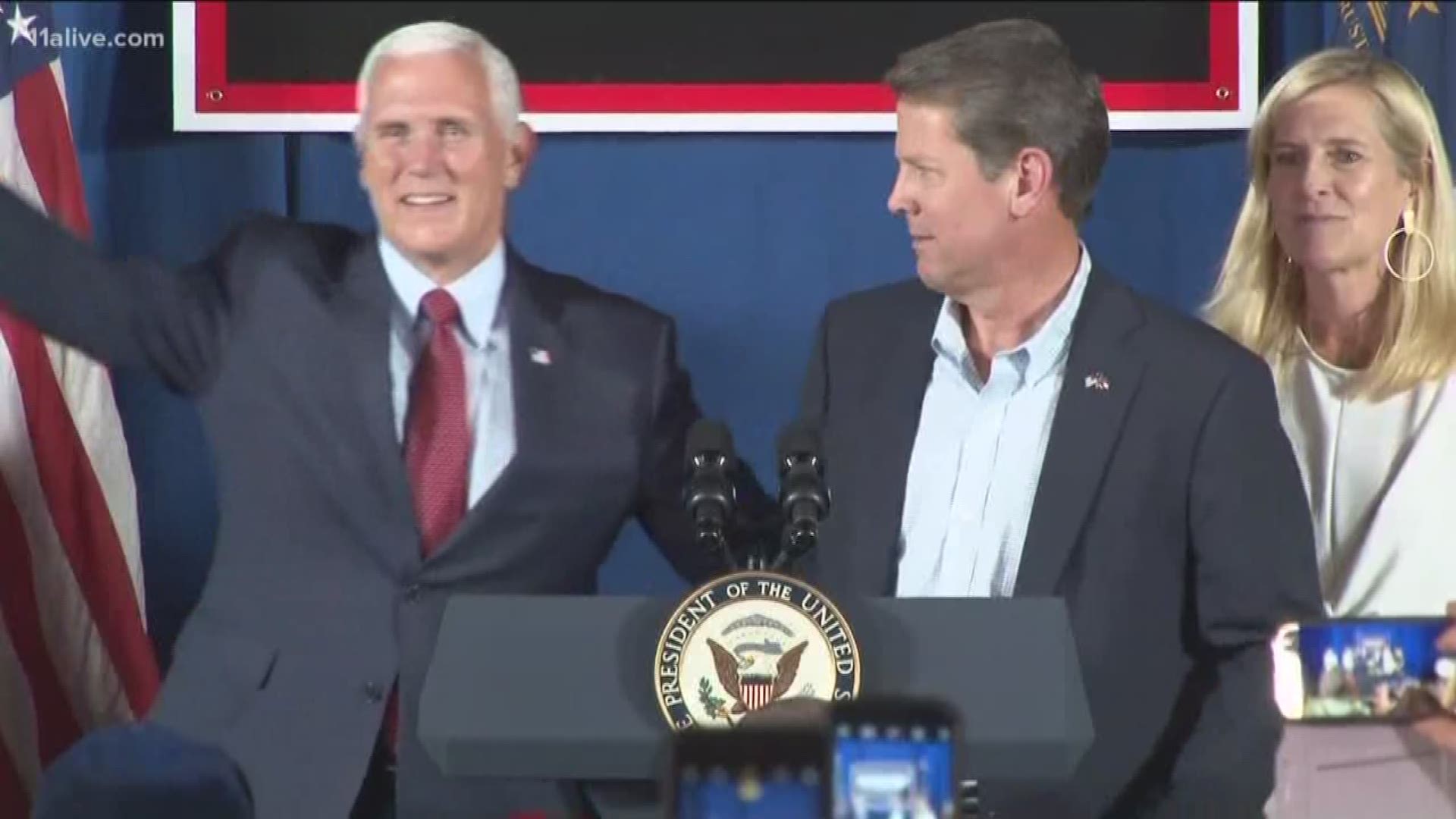 Cagle and Kemp finished first and second, respectively, back on the May 22 primary, and while Cagle has far outpaced Kemp in terms of fundraising, recent polls show the July 24 runoff to be neck and neck.

While Cagle was endorsed earlier this week by Gov. Nathan Deal, Trump's support of Kemp is undoubtedly the race's most significant development.

On Thursday, Cagle said the president was "getting some bad advice" regarding the race, and that only he, Cagle, can defeat Democrat Stacey Abrams this fall:

1/2: President Trump is doing a great job on national issues, and I’m going to campaign hard to keep him there in two years. I’m proud of what he’s doing for America. But, I think our President is getting some bad advice on Brian Kemp’s record of failure from Washington insiders.

2/2: Georgia voters need to ask themselves a hard question: Do we want a Governor who answers to Georgians, or one who owes his entire election to Washington? Our state can’t afford to risk our economy and future on a candidate who can’t beat the Democrat in November.

Kemp also was endorsed by two of his former rivals in the GOP primary, former state Sen. Hunter Hill and Clay Tippins, whose secret recordings of a private conversation between him and Cagle cast a harsh, unfavorable light on the lieutenant governor's campaign.

Full coverage of the nation's most watched governor's race here.

Secretary of State @BrianKempGA is a strong supporter of the #MAGA Agenda - jobs, public safety & 2nd amendment- and Brian Kemp will be a great Governor for Georgia! He has my full endorsement. Look forward to campaigning with him this Saturday in Macon! More details to come...

On Monday, Cagle is planning a statewide flyover, beginning at DeKalb-Peachtree Airport and then stopping in Evans, Savannah, Brunswick, Albany, Columbus and Macon.