"Make no mistake that my top priorities are getting the vaccines distributed so we can get this virus under control," he said. 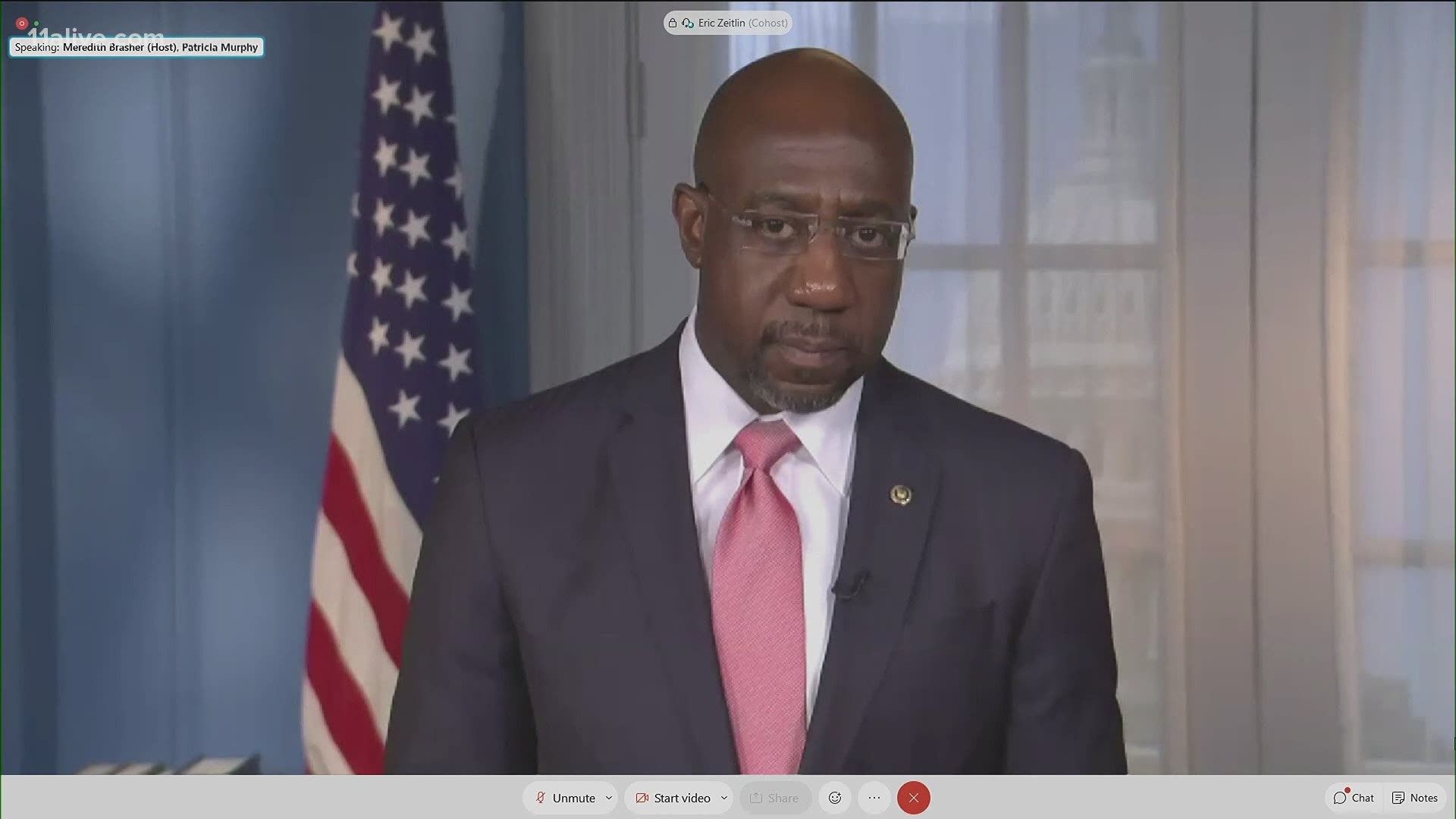 Warnock addressed the $1.9 trillion federal assistance bill making its way through Congress during his first address as a sworn-in senator.

The newly-sworn-in senator said that citizens and residents of Georgia stand to lose so much if Congress doesn't act "swiftly and boldly."

RELATED: Third stimulus check update: Who gets the full $1,400 payment?

During his press conference, he made it clear that he stands with his colleagues in moving forward with the relief legislation. He said it "literally is a matter of life and death."

"We're pushing for billions of dollars in K-12 funding to make sure our schools are safe for students, for teachers, for staff," he explained. He mentioned that the package also included funding for Historically Black Colleges and Universities.

Warnock said he's been "fighting for solutions" by supporting legislation such as the Emergency Relief for Farmers of Color Act which was created to help Black farmers and farmers of color during the pandemic. He detailed that the legislation would provide 5 billion dollars to minority farmers.

"These are some of the people that have so frequently been forgotten by our federal government," he said. "Because Black farmers and farmers of color have waited long enough for the help that they are due from the federal government."

He serves on various Senate committees including Agriculture, Commerce, Banking, Joint Economic, and the Special Committee on Aging.

Warnock is Georgia's first Black U.S. Senator and the 11th one in the nation. He officially took office on Jan. 20.