Women’s voices have determined some of our toughest elections – voting at a higher rate than men for four decades, the Center for American Women and Politics says. 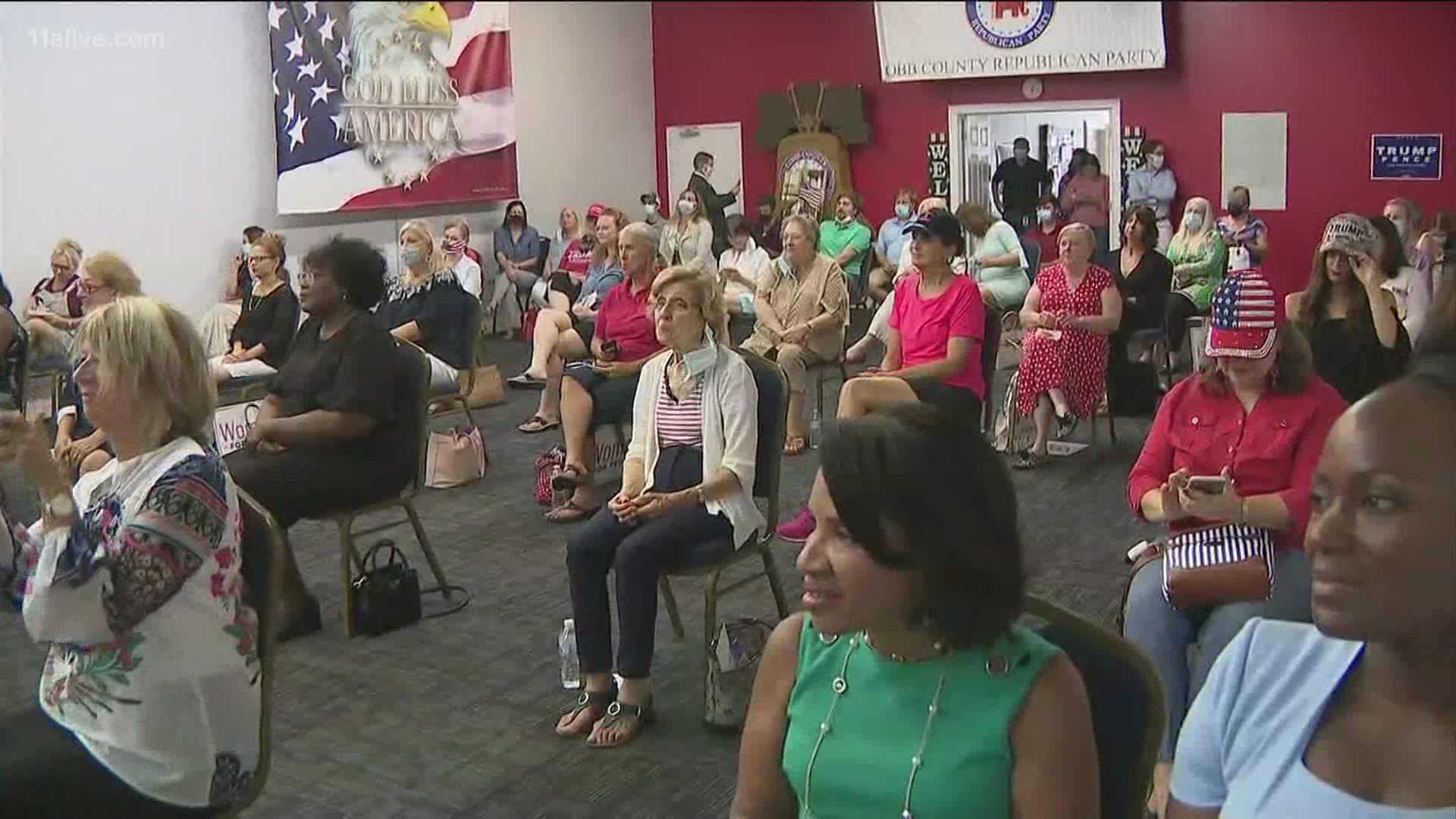 COBB COUNTY, Ga. — A historic statue was unveiled in New York’s Central Park on Women’s Equality Day on Wednesday. It’s the park’s first statue to honor women. It features political pioneers – Susan B. Anthony, Elizabeth Cady Stanton and Sojourner Truth – 100 years after women were given the right to vote.

A group of women supporting President Trump’s campaign came together to celebrate the role women have played in politics while encouraging more women to get involved.

In 100 years, women have contributed to our democracy by running for office on local levels, in Congress, and even for president.

Women’s voices have determined some of our toughest elections – voting at a higher rate than men for four decades, according to the Center for American Women and Politics.

"Women are the back bone of this country," said Ginger Howard, Georgia's Republican National Committeewoman.

Howard and a group of women united to support the campaigns of President Donald Trump and Karen Handel, who is a candidate for Congress in Georgia's 6th district.

They celebrated the strides women have made since given the right to vote, while also acknowledging it was years later before all women had that right.

Four years ago, it was White women who helped President Donald Trump clinch the election. The a group of his female supporters aimed to empower other women to continue their support for the commander in chief.

"Our goal is to empower women to vote for the policies that this president has implemented," said Howard.

"Think in both the Democrat and Republican Party, we’ve seen women work in issues as far as education and healthcare and expand those policies on how they can effect a number of people," said Dr. Lakeyta Bonnette-Bailey.

If the past 100 years are any indication, women and their role in politics can only go up from here.

"Women are the majority of the population in the United States and so we’re going to see more women be involved in politics and run for political office," said Bonnette-Bailey.