Data shows more young people voted in Georgia on average than the rest of the country during the general election. 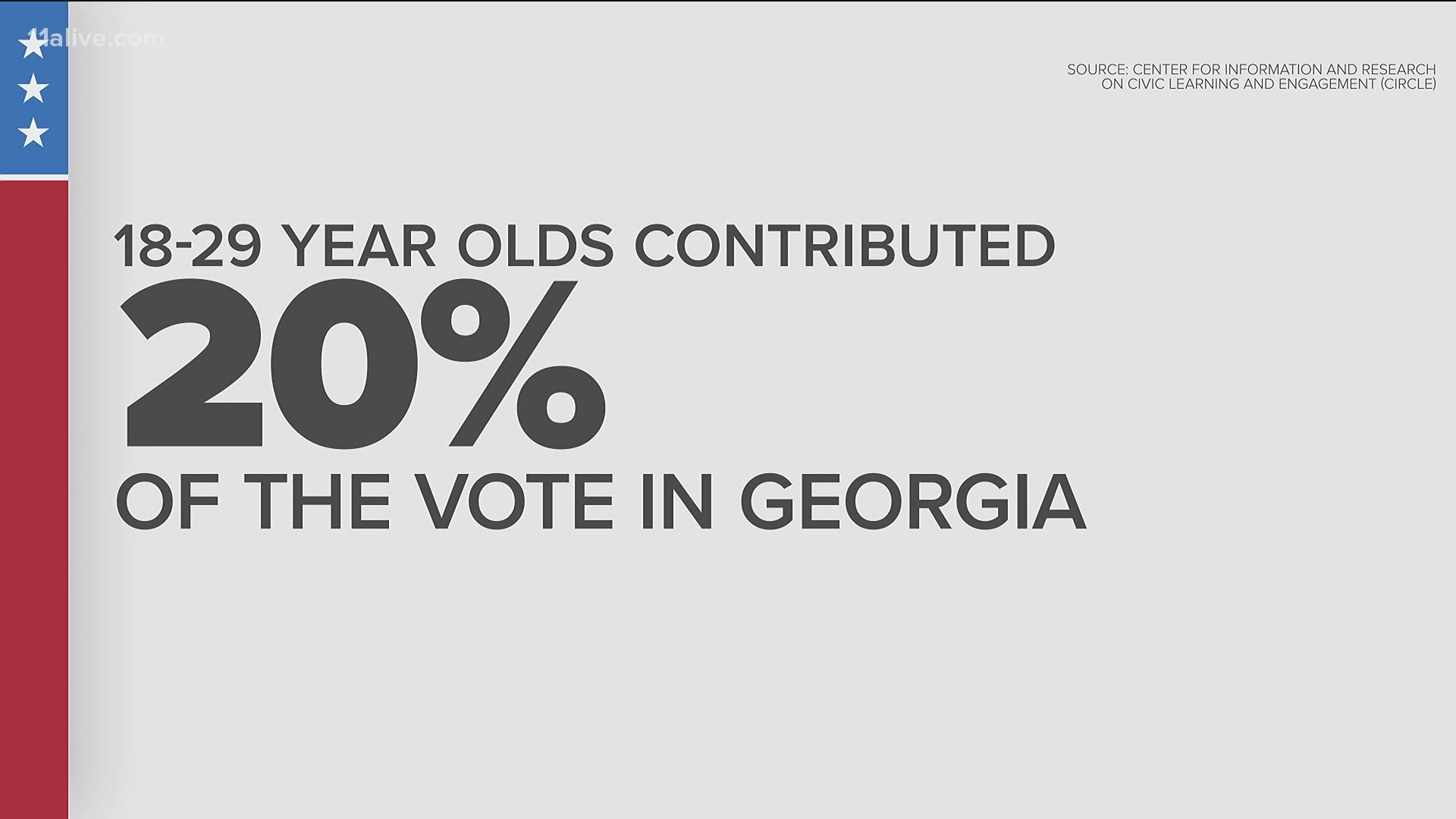 ATLANTA — Political passions continue to increase in the young population. Data shows more young people voted in Georgia on average than the rest of the country during the general election. Now, voting groups are trying to get those voters, and more, back for the runoffs

“When people ask me, ‘What happened in Georgia? Where did all these young people come from?’ And I say, ‘we’ve always been here, you just underestimated us,'" Daniel Coley chuckled.

As a 20-something, and a Black voter in Georgia, Coley is aware of the power his vote. He practices what he preaches and helps others understand the impact of their vote. He serves as the director of the Georgia chapter of the Campus Election Engagement Project or CEEP.

The non-partisan group is tasked with registering new young voters on college campuses and universities, as well as educating the group on policies, candidates, dates, and more.

“We’re still getting people who don’t know what a runoff election is," Coley gave as an example.

Data from the Center for Information and Research on Civic Learning and Engagement shows young people between 18 and 29 contributed 20 percent of all votes in Georgia. That’s higher than the national average of 17 percent.

The under 30 group gave President-Election Joe Biden a lead of 58 percent to President Donald Trump’s 39 percent.

Since the general election, according to the The Civics Center, 23,000 Georgians who were too young to vote in November are now eligible. And that could have a significant impact - on the Senate runoffs.

“Just in new voters, enough to swing the election back and forth,” said Coley.

What’s with the massive young voter turnout? Data from CIRCLE shows the top issues that drove young Democrat votes to the polls were racism and climate change whereas young Republicans were more concerned with the economy and abortion.

The top issues for both sides: the response to COVID19.

"We've seen that when we voice our opinions, real change can be made. So, we're finding out to have civic change you have to be civically engaged," Coley added.

Control of the Senate could really come down to which side gets more young minds to weigh in for the runoff.

“Regardless of political ideology, we just want people to be able to voice their opinions at the polling place," Coley said.