He was convicted on 214 counts connected to about 100 dogs found abused and starving in the woods. 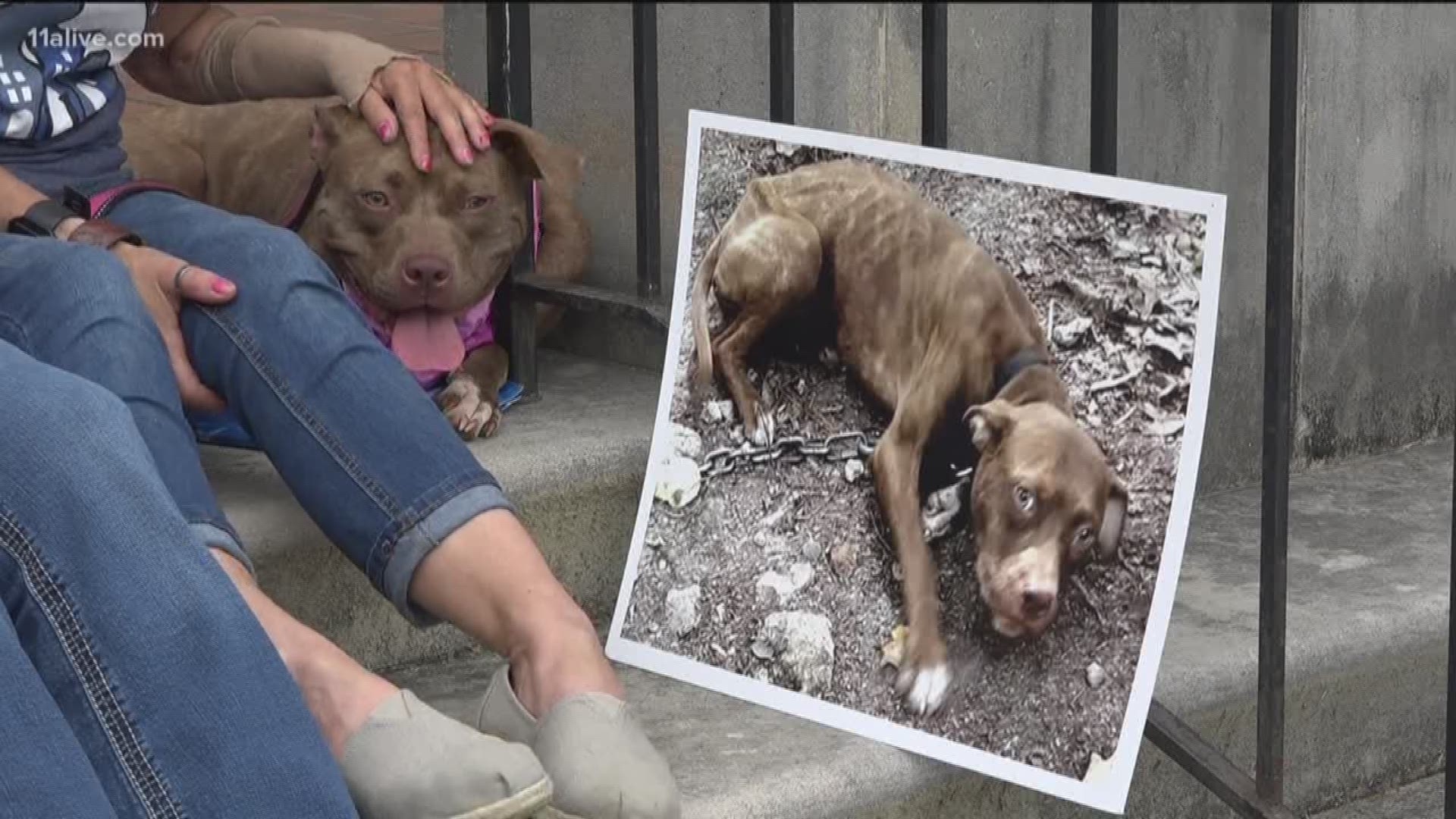 A Polk County man has been sentenced to 15 years in prison and another 35 on probation for more than 100 counts each of dog fighting and animal cruelty.

Devechio Rowland was arrested in 2017 for starving, abusing and abandoning nearly 100 dogs in the woods of Polk County, Georgia.

► Police: One scene of 'worse cruelty-to-animals cases we have ever seen'

That resulted in convictions on 214 counts -- half of them for dog fighting and the other for misdemeanor counts of animal cruelty. However, several of those were thrown out for sentencing purposes or their sentence made to be served concurrently on Tuesday.

An estimated 30 animal advocates were outside the courtroom doors as the sentence came down along with some of the very dogs Rowland was accused of abusing. Some even broke down in tears.

He added that it's an insult to the dog he is rehabilitating and the other 106 who were on the property. Another said that her foster dog, Dani, was worth more.

"I've fostered a lot of dogs and I've never had one so emotionally broken," she said.

It all started with a tip to Polk County police back in August 2017. Sadly, that tip uncovered exactly what police feared on Cashtown Road - several dogs nearly starved to death.

“We wanted felony, but according to the statute, it has to be aggravated, which means he has to break their bones or damage them, so it doesn’t meet the threshold of a felony,” said Polk Co. Police Chief Kenny Dodd.

The judge's leeway in sentencing varied widely from a year to life in prison.

"We'd like to take into consideration the fact that when a person who has been accused of something either comes in and pleads guilty or - after the trial is over - at least acknowledge you're wrong," District Attorney Jack Browning said. "In this case, Mr. Rowland has done neither."

The district attorney was pushing for a 50-year sentence with 20 to serve in jail citing legal precedent from another state's animal cruelty case.

The defense called that proposal that ridiculous and wanted a year in jail with credit for the 5 months he had already served. He told the judge that the state's problem with dog fighting isn't violence but rather that it's a form of gambling that isn't taxable.

"They've made it prohibitive but the real basis was gambling," he said.

To the animal cruelty charges, he countered that most of the dogs were in good shape and healthy despite the prosecution's allegations. 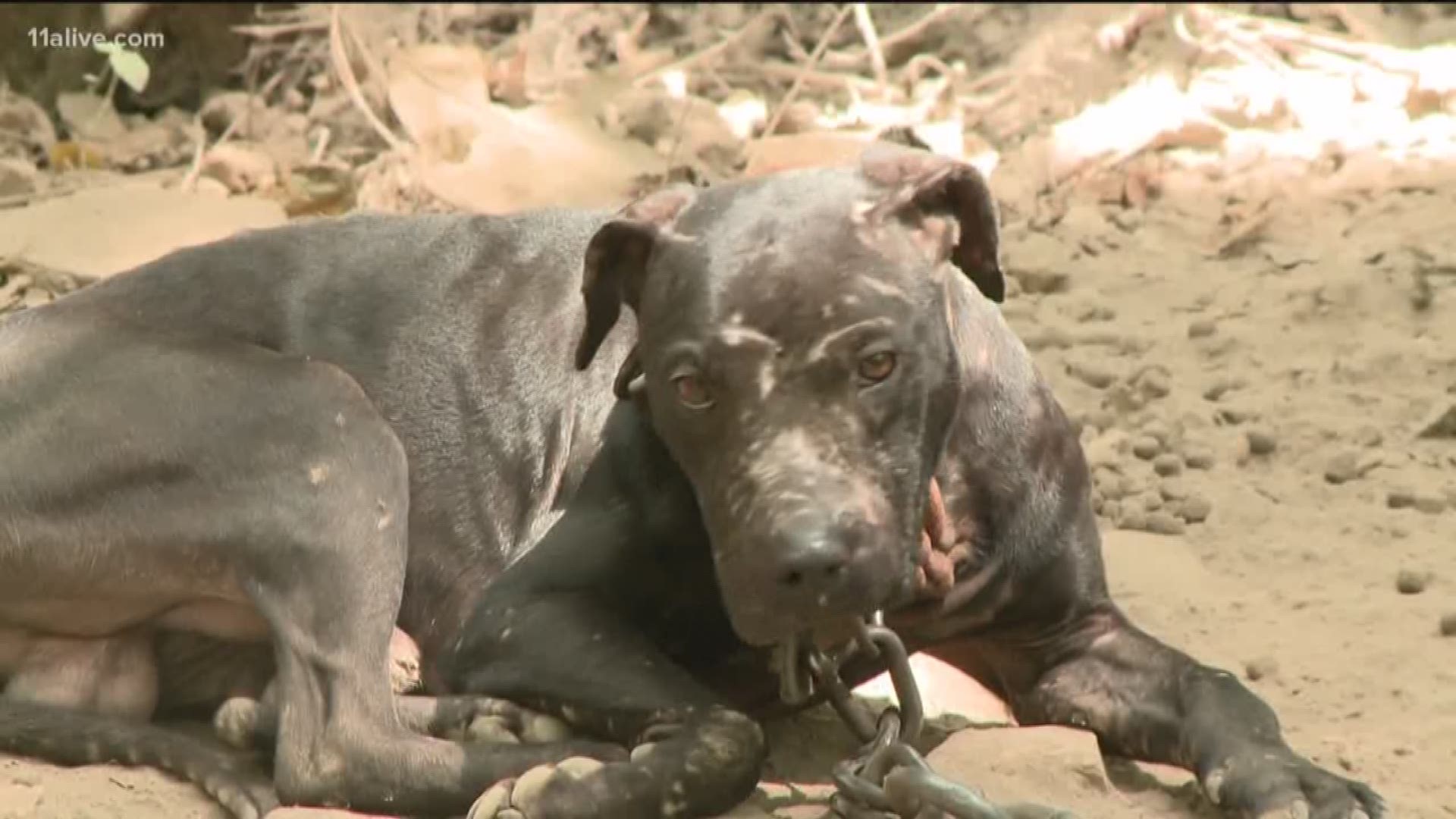 He added that a dog's life was not equal to that of a human and that demanding such a high sentence would leave the door open to high sentences for the deaths of animals that humans eat, like chickens.

"What's next? Goes out to Tip Top poultry where they kill thousands of chickens a day and wants to make cruelty charges against them - I mean, it's as ridiculous as that."

He added that the district attorney had lost all perspective.

Upon hearing those claims, the woman rehabilitating Dani the dog described his words as "heartless."

Others hoped to see the man that chained and abandoned these dogs to face the same kind of treatment.

"You know, dogs are not property, dogs are family," another volunteer said. "For anyone that thinks otherwise, you shouldn't own an animal."