Prom crash survivor: 'This will be with me to the day I die'

Jaxon Smith’s physical scars will heal. It’s the emotional wounds that will take some time. 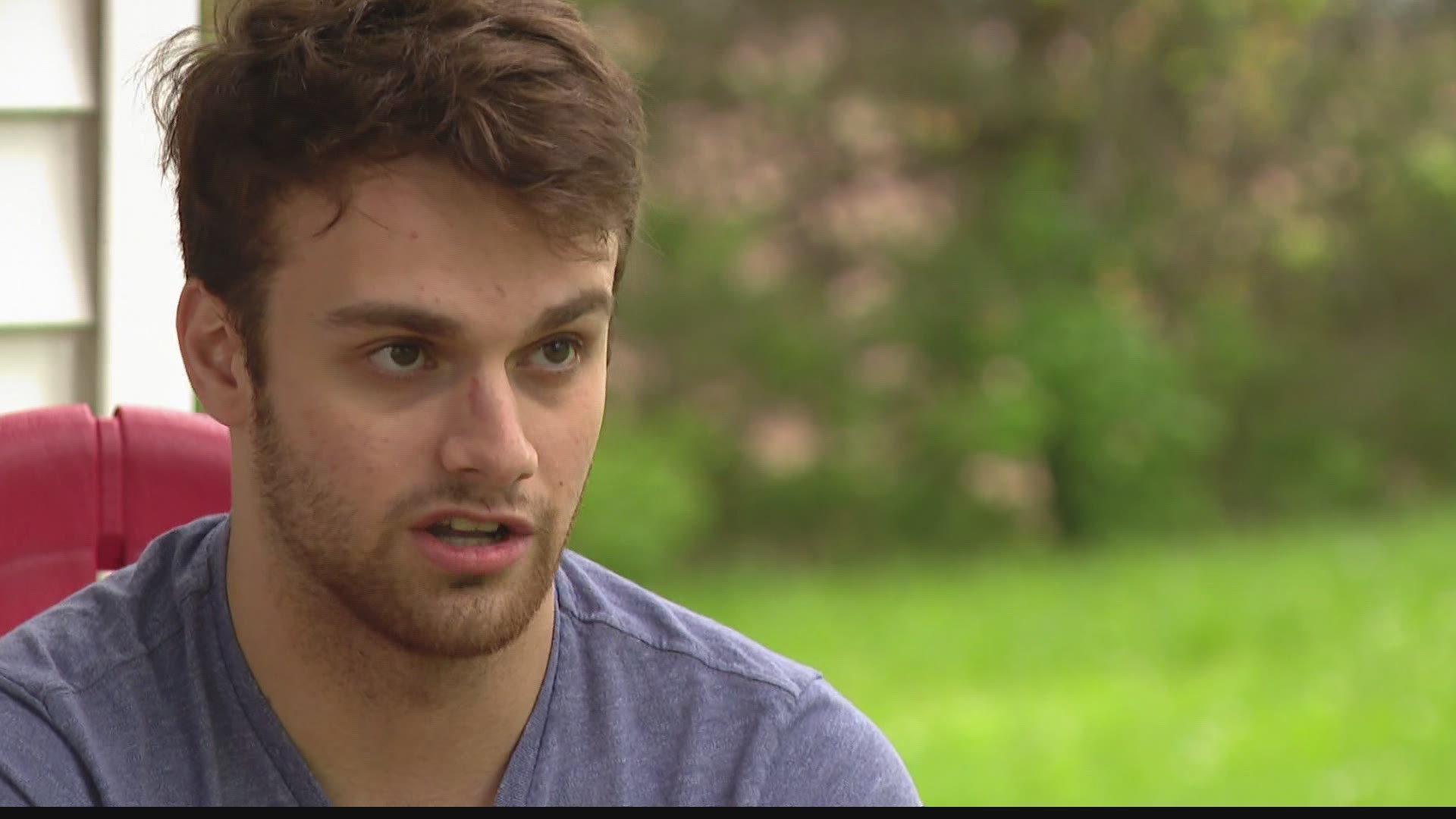 The Hamilton Heights High School senior was on his way to prom when the car he and three other friends were riding in was involved in an accident in Hamilton County.

“I remember bits and pieces of the accident, I remember certain sequences,” said Smith. “I don’t remember the sequence that led up to the crash. I don’t even remember taking our prom pictures before.”

The sheriff's department said deputies were alerted of a two-vehicle crash at 281st Street and Lacy Road at 5:15 p.m. Saturday.

The group was on their way to prom in Kokomo when they were t-boned by an SUV. Both vehicles ended up in a nearby field.

RELATED: Two high school students die in crash on their way to prom

The crash took the lives of two of the teens in the car, Lendon Byram and Kalen Hart. Smith and his girlfriend both survived the crash. He said he is still processing how he made it out.

“This is a God thing,” said Smith. “I shouldn’t be walking today. I shouldn’t be talking to you right now. But I am. God has a plan for me. I don’t know what it is yet.”

Smith said he is sad, but not angry. He wants to share the story of his two friends who were lost and figure out a way to make good on his life that was spared.

“They were just good people and they didn’t deserve what happened,” said Smith. “I am lucky enough to be sitting here today and I’ll never forget this. This will be with me to the day I die.”