After two people died within 24 hours last week, they wanted drivers to take notice that cyclists and pedestrians are being killed on our streets. 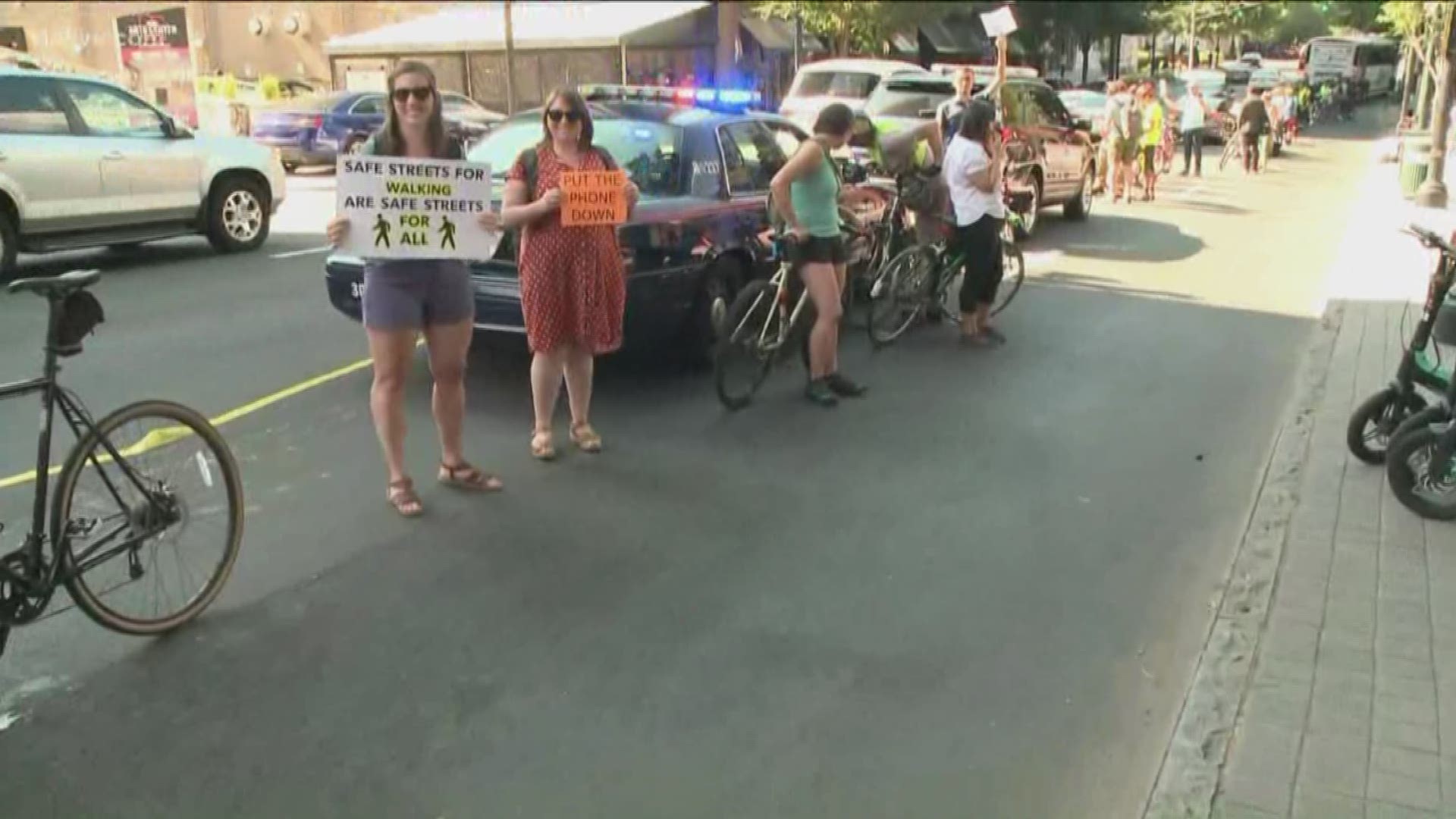 ATLANTA — A protest disrupted traffic on a busy Midtown Atlanta street Wednesday afternoon -- and that was exactly what dozens of cyclists wanted to achieve.

After two people died within 24 hours last week, they wanted drivers to take notice that cyclists and pedestrians are being killed on our streets. They are fed up that the city hasn't done enough to make the roads safer.

Cyclists, pedestrians and scooter riders attempted to form a human bike lane, taking up an entire portion of West Peachtree Street during the evening rush hour.

According to the group Renew Atlanta, money has been allocated to build bike lanes and pedestrian paths throughout Atlanta -- but work hasn't started on any of the projects.

The battle over bike lanes goes back for years.

In fact, the Georgia Department of Transportation once planned to add bike lanes to a stretch of Peachtree, but backed off following objections from the public. Instead, they added turn lanes for cars.

According to PedBikeInfo, an organization funded by the U.S. Department of Transportation Federal Highway Safety Administration, more than 6,000 pedestrians and cyclists were killed across the country last year. This a 30% uptick from just 10 years ago.

"The city has collected the money through T-splost. They have the dollars, yet they're not spending the money to make it happen," biker activist Bruce Hagen said. "We've seen it at Monroe Drive and 10th Street, we've seen it at 15th and West Midtown. That was part of this improvement district that has not seen the improvements."

11Alive News reached out to the city for comment, but they have not responded.

Man injured getting onto electric scooter in hit-and-run

'Every day I gave him a kiss': Tearful wife remembers husband struck by alleged DUI driver