The social media campaign is urging customers to boycott all the Houston's restaurants. 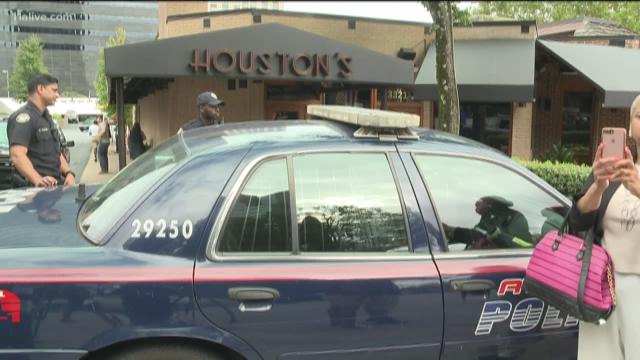 ATLANTA -- Rapper T.I. has joined a group calling for the boycott of a popular restaurant chain in Atlanta.

The hip hop star, whose real name is Clifford Harris Jr., joined protesters outside of the Houston’s restaurant near Lenox Square on Saturday.

“We want to bring attention to the way that they're conducting their business, and for anybody else who has discriminated against,” T.I. said.

Within the last week, allegations of discrimination by the chain have spread via social media. “Love and Hip Hop: Atlanta” star Deb Antney, who is also a music manager and the mother of rap star Wacka Flock Flame, and actress Ernestine Johnson have both said that the restaurant has refused to sit their large group.

The #BoycottHoustons social media campaign is urging customers to boycott all the Houston's restaurants.

“This is the kind of activity that we will not accept in our community, as a culture, and with us having buying power in this city,” T.I. said.

The restaurant issued a statement on its Instagram page saying,

We have employed a diverse, hard-working staff serving Atlanta’s similarly diverse clientele for many years. Charges of discrimination are not only unfounded but are an intentional manipulation using social media. Our policies and guidelines apply equally to everyone. Our restaurants are not set up to accommodate large groups, with only a limited number of tables that can accommodate large parties together. Our Houston’s in Atlanta recently instituted a policy whereby large parties of 7 or more will not be split into separate groups at different tables, which means that larger groups may not be able to dine with us at certain times. We decided to close our Lenox Houston’s today from the anticipation of protests and threats made against the restaurant and staff members. We will always choose the side of caution when it comes to protecting our valued staff and guests.