Miami Beach extends emergency curfew for at least another week 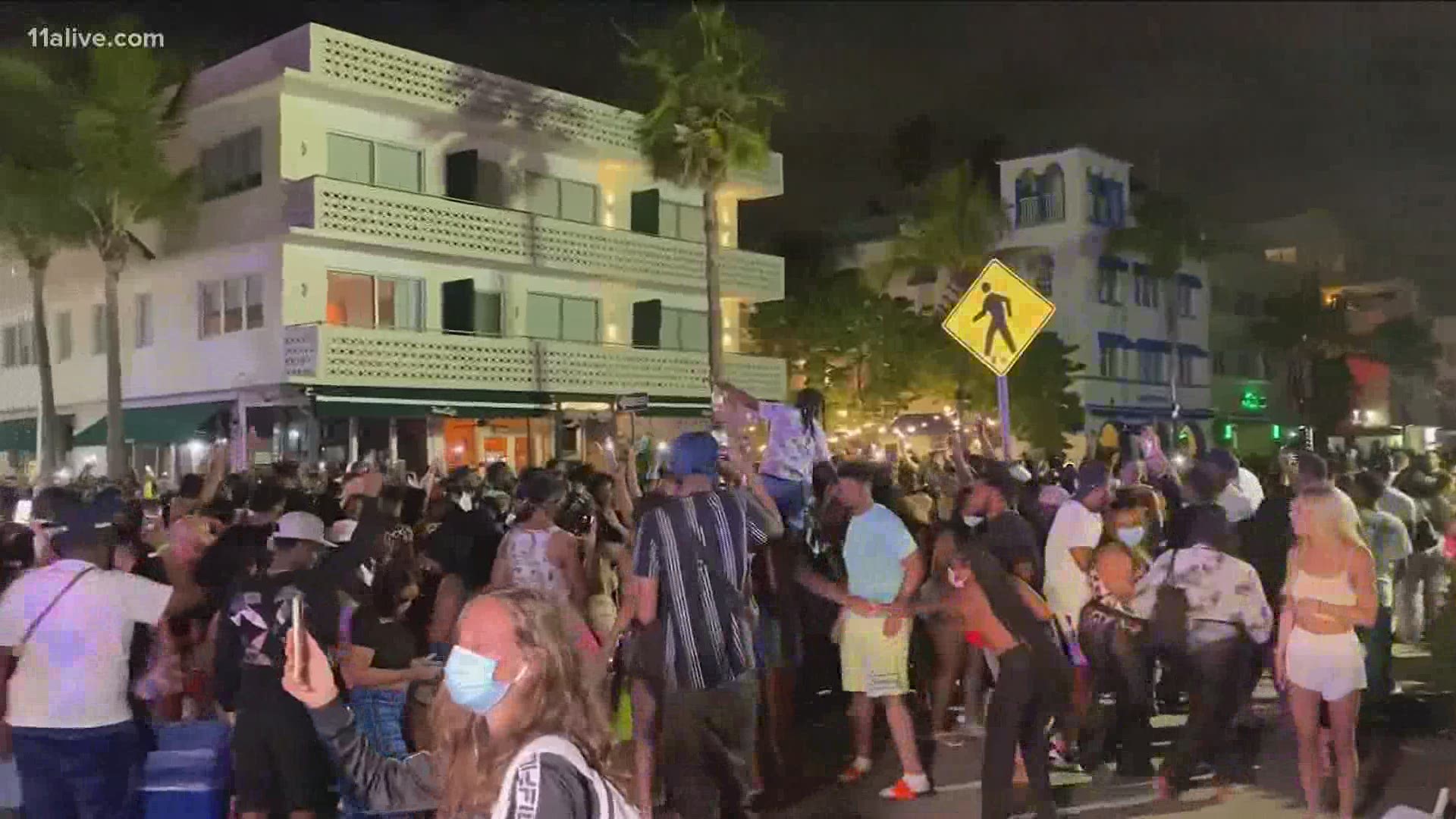 Sunday's decision by city commissioners comes after days of intense partying, where unruly crowds gathered by the thousands on South Beach, fighting in the streets, destroying property and ignoring mask and other COVID-19 orders.

Tourists are being encouraged to stay inside their hotels and pedestrians or vehicles are not allowed to enter the restricted area after 8 p.m.

According to CBS Miami, while residents were exempt from the causeway shutdowns that coincided with the curfew, many complained they spent hours stuck in traffic after the bridges were closed.

Miami Beach Police say more than 1,000 people have been arrested this month. CBS Miami reports City Manager Raul Aguila said more than half of those arrests are people from out of state. He also said people are coming "to engage in lawlessness and an 'anything goes' party attitude," according to the news outlet.

Aguila also noted the crowds were simply gathering in the streets by the thousands and not eating at restaurants or shopping at local businesses, which generates much-needed tourism dollars, CBS Miami said.