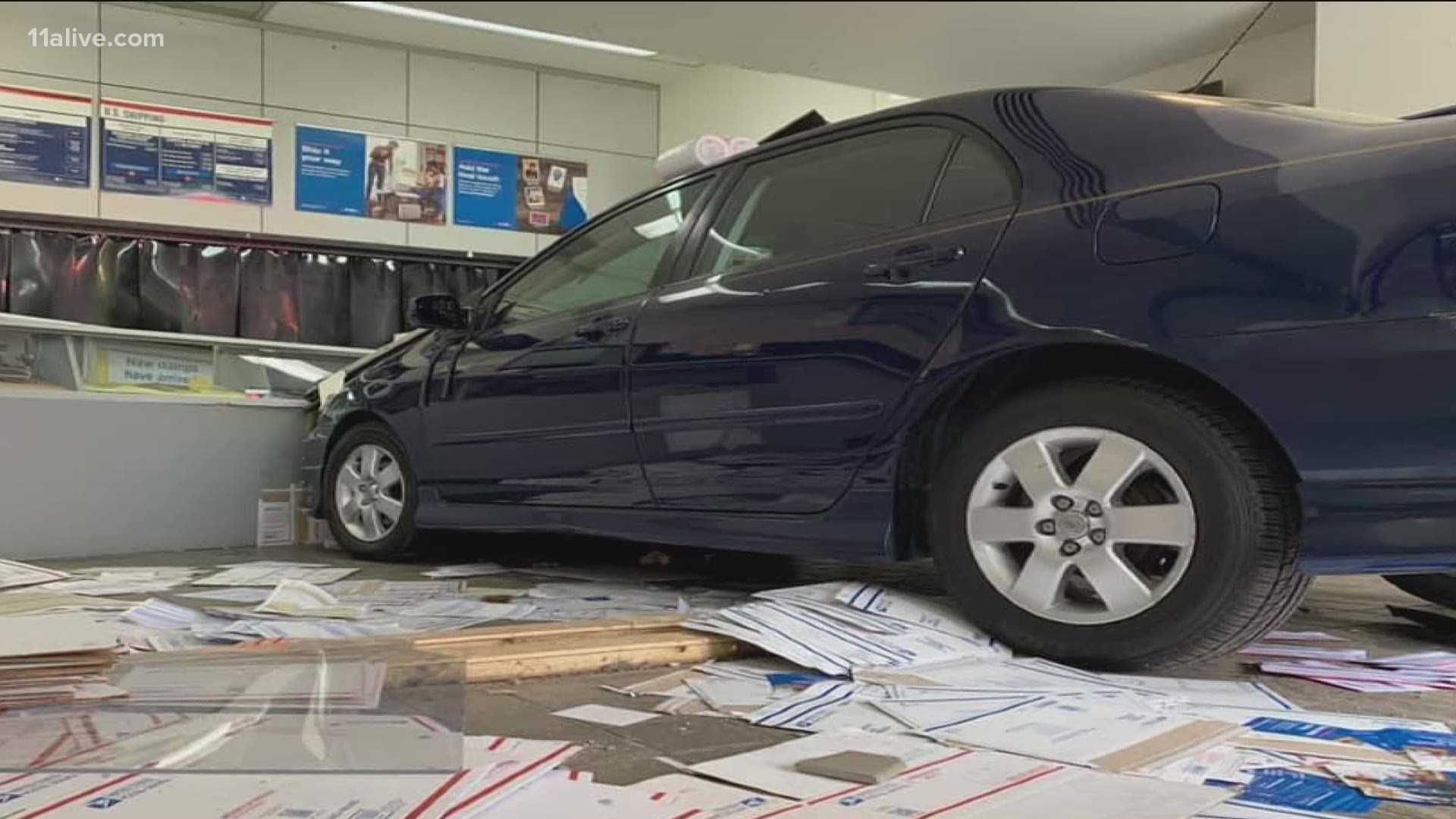 SAVANNAH, Ga. — Investigators said one person is dead and three others injured after an elderly woman accidentally drove into a southeast Georgia post office on Saturday.

Savannah Police said that their traffic investigation unit is working to learn more after the crash, which happened at the Eisenhower Drive Post Office just before noon.

According to a preliminary investigation, the 82-year-old driver was attempting to park her Toyota Corolla when she mistakenly pressed the gas instead of the brake. The car then jumped a curb and drove through a glass window into the front of the building.

As a result, two customers and an employee were injured and taken to an area hospital. Savannah Fire reports that they had to extricate trapped victims. The department said two were seriously injured and one critically. Several more suffered minor injuries.

Another customer, 67-year-old Jessie Allen, died as a result of her injuries. The 82-year-old driver was not injured.

While the investigation is still underway, police have determined that it was an accident.