Vernon Keenan says public opinion will drive it out of Georgia 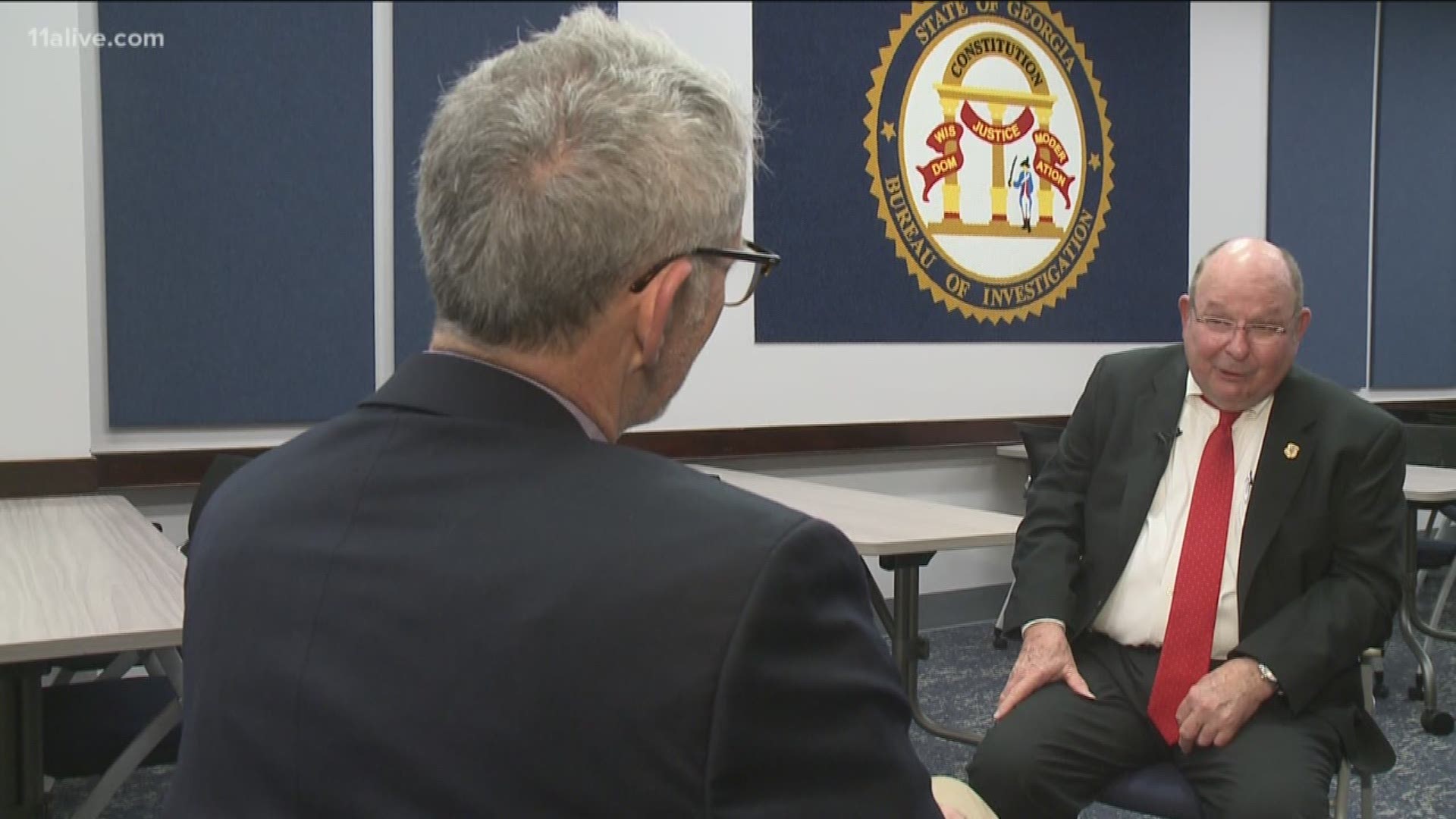 The retiring director of the GBI predicts Georgia will do away with the death penalty.  Vernon Keenan made the prediction on the final day of his 16 years on the job, and 45 years in law enforcement.

Even for the most egregious cases – mass murder, child murders or the killings of police officers – Keenan told 11Alive News he thinks the death penalty is outdated and will eventually be outlawed.

"I’ve never believed in the death penalty," Keenan said in an interview.

He says he has heard the argument – that Georgia’s death penalty is a deterrent to potential criminals who are deciding whether to commit murder.

Keenan says he will leave law enforcement for good following his final workday New Year's Eve. Scott Dutton will be acting director of the agency.

Keenan says he tried to stay out of the way of GBI agents investigating criminal cases across Georgia.  But Keenan has shown up, as he did in 2011, for the four-day manhunt for Jamie Hood, a man suspected of killing Athens Clarke County police officer Buddy Christian.

Kennan was on hand after he had engineered Hood’s surrender on a risky live TV feed.

"The hostage negotiators, who I had absolute confidence in, told me that if we did not meet his demand to surrender live on television, he was going to start killing hostages. And I made the decision that’s what we had to do," Keenan recalled.  11Alive News photographer Tyson Paul provided a live pool feed for the Atlanta news media that night.

When Hood went to trial, the jury declined to send the admitted cop killer to death row.  Keenan says the jury did the right thing.

"I believe life in prison without parole is punishment enough. Probably worse than death," he said.