U.S. Marshals arrest some of the most dangerous fugitives, but one district attorney believes it’s time to take a hard look at their methods. 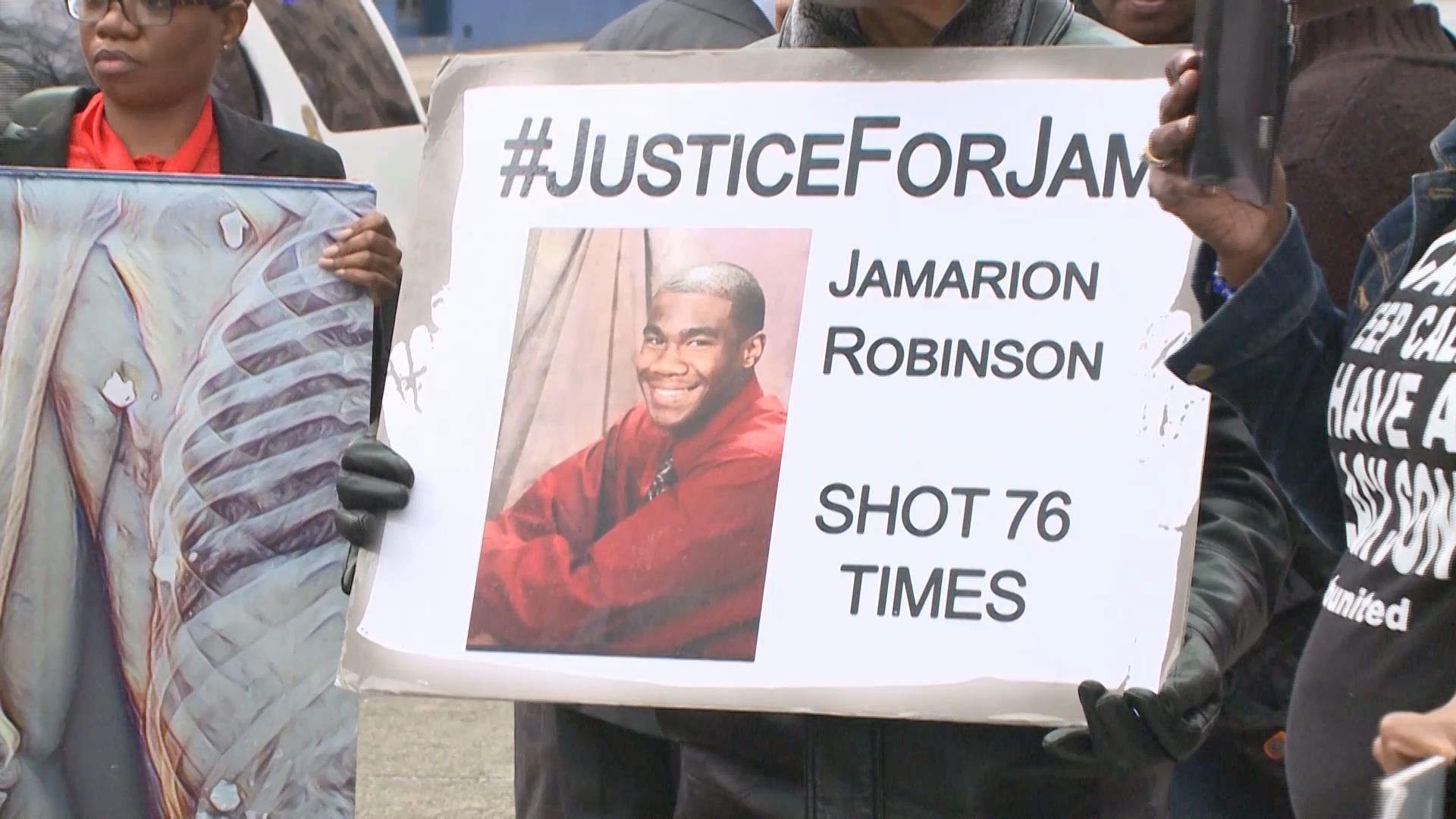 Fulton County District Attorney Paul Howard had concerns after U.S. Marshals shot a man 59 times, while trying to make an arrest. But he says it is the federal government’s bitter battle to block his access to information about that case that now has him concerned.

Jamarion Robinson’s death has grabbed headlines across the country. He was a young man with no criminal convictions outside of a traffic violation, killed in a rain of gunfire.

“It’s like they’re on a hunt. It just so happened that day, it was my son that they killed,” says Robinson's mother, Monteria.

According to the medical examiner’s report, Jamarion Robinson was shot 59 times. Some of the bullets exited his body, creating 76 bullet wounds in all.

At the time the U.S. Marshals Regional Task Force was serving an arrest warrant on behalf of the Atlanta Police Department.

The Department of Justice (DOJ), which oversees the program, quickly cleared the officers of any wrongdoing. But nearly three years after the shooting, Fulton County District Attorney Paul Howard still is not convinced.

“We’ve been asking for all of the evidence, the documents…regarding their investigation. All the rules and policies that relate to the shooting of Jamarion Robinson. And they have systematically denied us the opportunity to receive that information,” explained Howard.

Howard filed a lawsuit, hoping a judge would order the release of the documents. Shortly after, the two sides agreed to try again to resolve their differences. That was nearly six months ago.

The DOJ says it is not preventing Howard from accessing the materials, but proper procedures need to be followed in order to get authorization to release the documents.  It is unclear if that has happened at this time.

“Quite frankly, I’ve never seen anything as horrific as this scene,” reflected private investigator Rashid McCall. He took The Reveal investigator Rebecca Lindstrom back to the townhouse where Robinson died.

It was McCall that tracked down the cell phone video taken by a witness, that has now become key to the investigation. It was also McCall that found two more bullets under the blood-soaked carpet, fired straight down at the top of the stairs, where Robinson’s body was found.

“More than likely those slugs came from a weapon called an MP5,” says McCall, who described it as a 9mm sub machine gun. McCall claims to have had the bullets tested before handing them over to investigators on the case.

Court records show at least one officer had an MP5 that day, but there’s no evidence he was ever upstairs to fire it.

The initial testimony by officers involved in the shooting has been made public for the first time as part of a court filing in a civil suit.

According to the statements made, there were no shots fired upstairs and no shots fired after a flash bang was deployed to distract Robinson. In fact, officers report sending a robot upstairs to get eyes on the scene and found Robinson unconscious. When officers did ascend, he was unresponsive, handcuffed and dragged downstairs for medical treatment.

But McCall says the cell phone video taken by a witness outside, doesn’t support those statements. Instead, after what appears to be the flash bang, there’s a twenty second pause and then another quick round of gunfire.

It’s unclear if the bullets were tested by the GBI or federal investigators and if so, what gun they determined them to match.

That’s why Howard says he needs those reports and to hear from the officers directly. He says the DOJ will only agree, if they get to limit the questions.

“We think as prosecutors representing our county and our citizens, we ought to have the right to ask any question that we want to ask,” explains Howard.

“As I sit here today… we have yet to receive all of the information we’ve asked for,” said Howard. “It’s just amazing to me that they are trying to prevent our office from fully investigating this matter.”

That’s why Howard said he’s taking his quest for accountability to a new level. He plans to send a letter to Congressman John Lewis, asking for a congressional investigation. He wants them to look into the use of force in Robinson's death and other fatal shootings by U.S. Marshals.

When our first story aired in 2016 after the shooting, we asked Georgia’s senate and congressional delegation if they felt U.S. Marshals should wear body cameras. Congressman Lewis did not respond nor did Senator David Perdue. Senator Isakson told us we should ask the DOJ.

U.S. Marshal missions are already cloaked in secrecy. Immediately after the shooting in 2016, Lindstrom raised questions about their policy against the use of body cameras.

The task forces are a combination of federal agents and local law enforcement. The DOJ has given $70 million in grants to local police agencies across the country to buy the cameras. But it forbids those same police departments from using them while assisting on its operations. Despite repeated attempts to gain understanding, the DOJ and U.S. Marshals refuse to say why.

Last month, after another controversial shooting involving a federal task force, Atlanta Police said – no more. It ended partnerships with the DEA, US Marshals and FBI, giving up nearly a million dollars in seizure money each year. It’s the apparent price for transparency and public trust.

Howard is trying to work directly with police departments to see if they will allow their officers who were on scene when Robinson was killed, to talk. Howard said to date, he’s only been able to interview three of the 16 officers involved in the mission.

He’s now asking APD for permission to interview their four officers present that day. None of them opened fire, but Howard said just knowing what they saw and heard could have value.

She doesn’t know what it’s going to take, but said she needs to know what happened inside that house, to heal the emptiness.

“I look over at the table and I don’t see him there, and so, it’s like my heart is broken. So I’m going to continue to fight until I get justice for him.”

Trigger | Who shot the officers wife